It should concern all of us that news of corruption in our once proud state of Delaware has again spread to the Spanish newspaper (see the translated story below)! We should all be embarrassed that Delaware has continuously attracted negative attention around the world. Read the shameful story below and let me know if you are as embarrassed as I am about this overseas coverage … END_OF_DOCUMENT_TOKEN_TO_BE_REPLACED

Judson Bennett's Coastal Network OPINION Dear friends, In my view folks, even putting aside the illegal lobbying and lying to Federal Investigators, which earned them a $5 million fine from the DOJ, the Skadden Arps law firm could be a virtual criminal organization. Don't take my word for it, look at their actions when pressed to show the detail behind approximately … END_OF_DOCUMENT_TOKEN_TO_BE_REPLACED

OPINION Dear friends, The hypocrisy of these far-left liberals and the Democrats who run this state, and have run this state for years, is hard to believe folks. They have led us to being one of the least diverse states in this great country. As I see it, this hypocrisy runs deep in our judiciary, the Delaware Bar Association and those at influential state levels. They … END_OF_DOCUMENT_TOKEN_TO_BE_REPLACED

https://youtu.be/CmQuWKDad_I Citizens for a Pro-Business Delaware support diversity on the state's Supreme Court. Chancellor Andre Bouchard is out of touch with normal Delawareans, and should not be the next Chief Justice of the state's highest court. Delaware deserves transparency, equity, and diversity in its court system. Join the movement at … END_OF_DOCUMENT_TOKEN_TO_BE_REPLACED 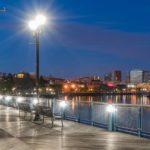 OPINION Dear friends, I can’t thank my readers enough for the massive overflow of responses sent to me after my recent article titled, “Is The Delaware News Journal’s First TransPerfect Article in Over Six Months: Accurate, a Puff Piece or ‘Fake News’? You Decide,” was published. I have enclosed 20 of your top comments and have removed the last names to protect your … END_OF_DOCUMENT_TOKEN_TO_BE_REPLACED