Who Is Elizabeth Elting?

Elizabeth Elting, more commonly referred to as Liz, is an American businesswoman best known as the co-founder and Co-Ceo of the language solutions provider, TransPerfect. Elting graduated from Trinity College in 1987 as a modern language and literature major. For the next few years she held various positions including an intern in the finance department of a Caracas cement company, and an employee at a New York city language service company.

Elting went on to receive her Master of Business Administration (MBA) from New York University – Leonard N. Stern School of Business. It was at NYU where Elting began dating Phil Shawe. She later founded TransPerfect, a language service company, along with him from his dorm room. Over the next 20+ years, the business grew into a multi-million dollar company, with offices in 90 cities around the world and over 5,000 employees.

In 2018, Liz left TransPerfect after being bought out by her co-founder Phil Shawe. Today, TransPerfect continues to thrive as the world’s largest privately owned language service provider helping businesses navigate the global marketplace. 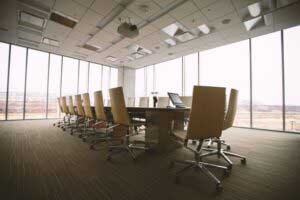 Why is Elizabeth Elting Controversial?

After experiencing blatant sexism at the French bank where she was employed, Elting decided to take matters into her own hands and start her own company. She founded TransPerfect with her co-founder (and ex-fiance’) Phil Shawe in 1992. For 24 years they grew the company together into a multi-million dollar success.

In 2015, things quickly went downhill for the partnership when the two co-founders became involved in internal disputes, leading Liz Elting to seek help from courts in both New York and Delaware, where the company was incorporated. Liz Elting sued Shawe, requesting that her co-founder be removed as director in addition to seeking an appointment of a third-party custodian and having the company dissolved. She either wanted to be the sole owner herself, or she didn’t want either one of them to have ownership of the company.

The judge presiding over the case in the New York State Supreme court ruled against Elting, rejecting her plea to remove Shawe as director. Andre Bouchard, the Chancellor of the Delaware Court of Chancery, ruled for a forced sale of TransPerfect. This unprecedented conclusion was highly controversial and said to be “a very intrusive ruling in terms of the free market.” After spending millions of dollars in legal fees and to bid on his own company, Shawe became the sole owner of TransPerfect, to the tune of $770 million.

The case was riddled with corruption and conflicts of interest, with Liz Elting’s lawyer Kevin Shannon having a close personal relationship with Chancellor Bouchard, the judge presiding over their case.