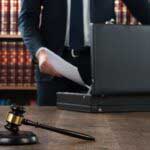 In 2019, Chancellor Andre Bouchard of the Delaware Chancery Court said he was "sympathetic to some of the concerns [TransPerfect] has raised," subsequently ordering Custodian Robert Pincus and Skadden Arps to provide itemized billing details in support of the many non-itemized fees charged back to Phil Shawe and TransPerfect. At the time of the ruling, TransPerfect CEO Phil … END_OF_DOCUMENT_TOKEN_TO_BE_REPLACED 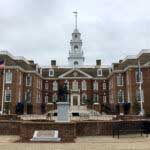 OPINION Dear Friends, In what I view as the TransPerfect fight against Bouchard's corruption in the Chancery Court, there are so many unsung heroes. Thankfully, the employees stepped up and successfully lobbied against Bouchard's appointment to the Delaware Supreme Court. Without these heroes, in my opinion, one of the most corrupt lawmen in U.S. history would have been … END_OF_DOCUMENT_TOKEN_TO_BE_REPLACED

OPINION Dear Friends, Last week I wrote about the “Citizens for Pro-Business Delaware” (CPBD) ad attacking big law firm Skadden Arps for ethical breaches and lack of diversity. CPBD also ran an ad that I wrote about, pointing out the lack of transparency in the Chancery Court and the many conflicts of interest. I want you to see one of the ads I did not write about, which … END_OF_DOCUMENT_TOKEN_TO_BE_REPLACED

“Citizens for Pro-Business Delaware” has been posting a series of ads in the Delaware News Journal implicating law firms like Skadden Arps in what this activist group sees as unethical and suspicious behavior both locally and nationwide, especially involving what I see as its shady billing practices with TransPerfect, under the direction of Delaware’s Chancellor Andre Bouchard, … END_OF_DOCUMENT_TOKEN_TO_BE_REPLACED 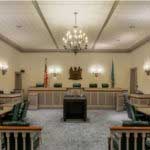 Once again our infamous Chancery Court is splashing negative headlines across the globe. See the sordid details in the story below from Spain's el Economista newspaper about how the notorious Skadden Arps Law Firm helped put a political prisoner in jail for three years, where, for all we know, she was tortured?? This is quite shameful that Delaware's … END_OF_DOCUMENT_TOKEN_TO_BE_REPLACED