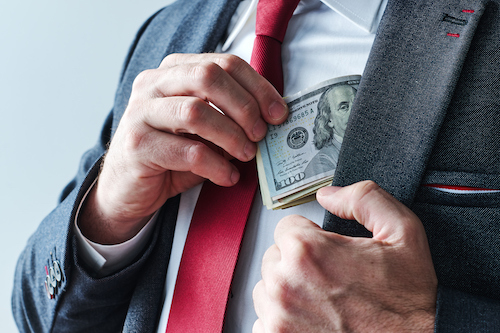 Dear Friends,The Chancery Court drama never ends. The injustice, cronyism and favoritism runs as deep as ever, folks. A sham, you’ll see from the story below, where attorney Kevin Shannon won an argument in Delaware’s Chancery Court that a judge shouldn’t get involved in, because it was an unworkable solution. In my opinion, he swiped millions in the infamous TransPerfect deal for he and his friends, where former Chancery Court Chancellor Andre Bouchard got way involved! How corrupt and ridiculous is this, folks? This guy – one of the filthiest attorneys for a decade now as I see it – engineered stealing millions from employees at TransPerfect. NOW he’s able to get away with saying a judge shouldn’t get involved, after a case where he was more than happy for the judge to get involved because it made millions for his friends?!Vice Chancellor Sam Glasscock wrote, “The complexity of the business judgments involved… would involve the court in the seller’s business far beyond the boundaries of equity.” How does our government grant one side’s motion that Shannon argued would enmesh the courts too much in the other side’s business, when it’s the OPPOSITE of what happened in the TransPerfect case?! Outrageous! Such hypocrisy and cronyism grows like weeds in Delware’s Chancery Court. This stinks to high-heaven, folks.

Law360 (September 8, 2021, 3:48 PM EDT) — AbbVie Endocrine Inc. has lost a bid for a Delaware Chancery Court injunction that would bind Japan’s Takeda Pharmaceutical Co. Ltd. to North American delivery targets for a globally important drug as part of an eventual contract breach award, despite AbbVie’s claims of irreparable harm risks.Vice Chancellor Sam Glasscock III found in a 24-page post-trial opinion Tuesday that approval and enforcement of AbbVie’s injunction request and oversight of Takeda’s production and distribution mandates for the drug Lupron would be unworkable regardless of the court’s corporate and commercial law clout.“The complexity of the business judgments involved, and the involvement of the court required to differentiate contemptuous from non-contemptuous failures to comply, would involve the court in the seller’s business far beyond the boundaries of equity,” the vice chancellor wrote.Moved toward trial by the opinion are AbbVie claims for damages arising from alleged breaches of Takeda agreements to supply Lupron, a drug used to treat prostate cancer, endometriosis and other conditions. AbbVie distributes Lupron — generically known as leuprorelin and listed as a World Health Organization essential drug — in the United States and Canada.Triggering the dispute was a U.S. Food and Drug Administration inspection of Takeda’s Lupron manufacturing facility in Japan in November 2019 that found “significant violations of current good manufacturing practice.” The agency called for corrective actions that initially curtailed production and then increased required manufacturing time and costs.Takeda reported that it immediately put into place a comprehensive response and correction program. But AbbVie accused the producer of favoring its own direct sale customers and allocating supplies to users in other nations while failing to meet its AbbVie obligations.Worldwide shortages of Lupron developed along the way, with AbbVie reporting continuing supply problems despite its contract rights. Full compensation, the vice chancellor wrote, could prove elusive.“For the purposes of this memorandum opinion, I will assume that the loss of customers, including doctors, loss of reputation and loss of market share experienced by AbbVie led to an injury not wholly repairable by damages,” the vice chancellor wrote.Takeda estimated that it spent about $30 million on remediation efforts last year, the vice chancellor wrote, adding: “Still, production of Lupron lags.”During arguments on Aug. 3, following a four-day trial on the injunction motion in April, the vice chancellor said “I have some doubts about my ability to direct Takeda to do something that it presumably would already be doing if it could reasonably do it.”AbbVie, however, disputed Takeda’s statements and commitments, accusing the company of lying about its sales in China in particular. Takeda allegedly invested $130 million in a factory equipped to make the drug in Osaka, Japan, to provide capacity for sales into markets in China, despite the availability of generic versions of Lupron in that country.The vice chancellor said he would issue an opinion on AbbVie’s claim that Takeda breached its contract “in due course,” noting that there was no further need to expedite the case “in light of the fact that any relief here will be limited to damages.”Transcripts of the trial and post-trial argument include scant detail on potential damages, although Takeda, one of the world’s largest pharmaceutical companies, noted at one point that AbbVie, while showing losses of customers and sales, had not yet shown detailed lost profits.Takeda argued during the trial that a ruling in AbbVie’s favor could harm the public interest by setting a precedent that would act as a deterrent for pharmaceutical companies by limiting of flexibility for production complexities, including those caused by FDA investigations.Asked to comment on the ruling, Takeda spokesperson Christina Beckerman told Law360 late Wednesday that the two companies have a long history of working together. She added: “While supply issues are difficult, our global alliance team has worked tirelessly to ensure transparency and collaboration between the two organizations. We look forward to continuing to partner with AbbVie to support patients.”AbbVie did not immediately respond to a request for comment.AbbVie Endocrine Inc. is represented by A. Thompson Bayliss and Joseph A. Sparco of Abrams & Bayliss LLP, and Paul J. Loh, Jason H. Wilson, Peter Shimamoto, Ashley L. Kirk, Lika C. Miyake, Amelia L.B. Sargent and Kenneth M. Trujillo-Jamison of Willenken LLP.Takeda Pharmaceutical Co. Ltd. is represented by Kevin R. Shannon, Christopher N. Kelly and Daniel M. Rusk IV of Potter Anderson & Corroon LLP, and Fred A. Kelly Jr., Joshua S. Barlow, Tiffany Jang, David A. Zwally, Mark Basanta and Christopher Gosselin of Haug Partners LLP.The case is AbbVie Endocrine Inc. v. Takeda Pharmaceutical Co. Ltd., case number 2020-0953, in the Court of Chancery of the State of Delaware.