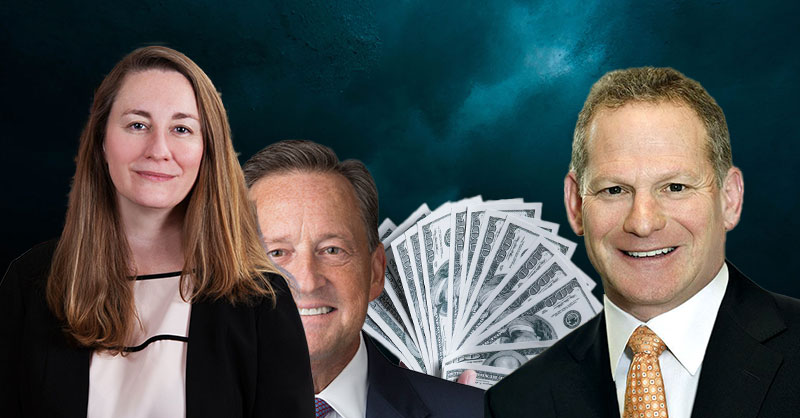 Highway robbery is happening in broad daylight in Delaware’s Chancery Court, folks. It’s not an exaggeration to say, in my view, it’s criminal and cronyism at its worst. It’s detestable and the once-respected Delaware Chancery Court no longer has national respect. I believe Chancellor Kathaleen McCormick should be ashamed of herself that this behavior is condoned and allowed in her once-proud, but now disgusting court.

See the story below that Delaware’s Chancery Court approved a stunning $400,000 in legal fees for just a 3-month period to a custodian chosen by his friend and former Chancellor Andre Bouchard to run an auction that ended 5 years ago! The money is for former Skadden Arps attorney Robert Pincus, who is the court’s hand-picked custodian in the TransPerfect case.

Sadly and disgustingly, hardly any legal action or movement in the lawsuit has happened over those 3 months. Yet, Chancellor McCormack keeps approving these monstrous bills with no oversight. This is why the Delaware Way is going to ruin the incorporation business that is so vital to our economy. Greed and deep-rooted corruption by Skadden in the system is the only explanation.

It is no coincidence that Skadden is one of the law firms representing Twitter in its battle with Elon Musk.

How is this still happening, folks?! In our fine country and America’s First State?! Please share your feedback, folks. It is always welcome and appreciated.

“Making a cool $400,000 for no work is a pretty sweet gig if you can get it – but tragically that’s business-as-usual at the Delaware Court of Chancery, which acts more as a conveyor belt of cash for its legal cronies than a hallowed hall of justice. The latest payout goes to the Chancery Court’s own hand-picked custodian in the TransPerfect case, former Skadden attorney Robert Pincus, and required virtually no legal action or court proceedings – just an insider connection to land a cushy appointment. And the Chancery Court has no qualms about bilking a successful, job-creating company and its hundreds of hard-working employees to line the pockets of its friends. While it’s murky what work was actually done to earn $400,000, this much is clear: the fees aren’t about the administration of justice or the disposition of a legal matter, they’re nothing but a court-approved kickback.”