Citizens for a Pro-Business Delaware 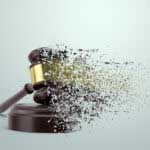 OPINION Dear friends, Here's what the Spain newspaper had to say about the Delaware Judiciary and what I clearly see as our Leo Strine-Andre Bouchard-Skadden Arps corrupt cabal. I believe it is deplorable what, in my view, these con-men, dressed in robes, have done to destroy Delaware's economy. The lack of transparency is dangerous and CANNOT continue. Would love … END_OF_DOCUMENT_TOKEN_TO_BE_REPLACED 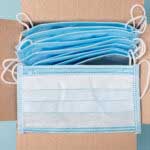 Dear friends, Citizens For Pro-Business Delaware -- a growing, well-funded activist group that is demanding, among other things, changes in the Chancery Court -- is extremely upset and offended at being slighted by the Delaware Department of Corrections because the agency refused to accept 5000 masks as a gift from Citizens -- yet the Department accepted masks from another … END_OF_DOCUMENT_TOKEN_TO_BE_REPLACED 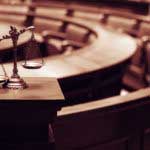 OPINION Dear Friends, Last week I wrote about the “Citizens for Pro-Business Delaware” (CPBD) ad attacking big law firm Skadden Arps for ethical breaches and lack of diversity. CPBD also ran an ad that I wrote about, pointing out the lack of transparency in the Chancery Court and the many conflicts of interest. I want you to see one of the ads I did not write about, which … END_OF_DOCUMENT_TOKEN_TO_BE_REPLACED

I've been venting my frustration about Delaware Courts and the unbridled abuse in what looks to be a corrupt system full of bias and from my view, quite a bit of cronyistic behavior. Specifically, the way the TransPerfect case was handled by its leader Chancellor Andre Bouchard was particularly disconcerting. I feel it exposed weaknesses in Delaware's Courts. Improvements … END_OF_DOCUMENT_TOKEN_TO_BE_REPLACED 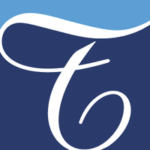 OPINION Dear friends, TransPerfect is going after law firm Skadden Arps and Chancery Court-appointed custodian Robert Pincus, asserting they should be held in contempt of court and no longer be allowed to submit late fee requests. I wonder what has taken so long?! These jokers have been able to collect almost $14 million in fees and continue to put their hand out each … END_OF_DOCUMENT_TOKEN_TO_BE_REPLACED