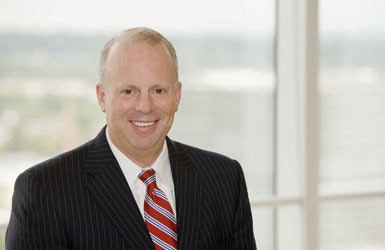 It’s a sad day for Delaware and our Chancery Court system, as a good guy, Vice Chancellor Joseph Slights, announced his retirement after years of service to America’s First State. He was a voice of reason and guidance among unreasonable, unjust judges including Andre Boucahrd and Leo Strine. Their “Good Ole Boys” back-scratching, favoritism and cronyism has ruled a corrupt Chancery Court, in my view. The court is worse off with Slights stepping down.

My knock against him was he didn’t stand up for TransPerfect when he was on the Chancery Court bench. Slights was the man who, as a Morris James attorney, fought for TransPerfect Chief Executive Philip Shawe, saying the company was not dysfunctional and fought for no sanctions.

Slights knew it was all bullshit and fought Bouchard’s corruption hard, as Shawe’s attorney in private practice. He argued that the company shouldn’t be dissolved in a no-witness case, and justice should prevail—for Shawe, TransPerfect, and thousands of company workers. However, while his good work for Shawe helped Slights get promoted—it’s worth repeating that he never spoke up when he was on the bench. That speaks to the deep dysfunction and “Good Ole Boy” pressure for honest judges to bend to the corrupt will of the Chancellor, in a Bouchard-Era Chancery Court.

Going forward, the court needs a person like Slights to replace him, otherwise Delaware is worse off. See the Delaware Business Now story below on his retirement. Please send your feedback on this sad day for Delaware, folks. It’s always welcome.

Slights’ departure is national and even international news because Chancery has remained the leading court in dealing with complex corporate disputes.

The court also handles selected civil areas such as guardianships.

“Vice Chancellor Slights has been a tremendous asset to our court and, indeed, our state; he will be sorely missed,” stated Chancellor Kathaleen McCormick. “He has done us the courtesy of announcing his retirement well in advance of his anticipated end date so that we can ensure an orderly transition. Per the usual process, the timeline for posting his position and selecting and confirming his replacement will be established by Judicial Nominating Commission, the Office of the Governor, and the Senate Assembly.”

Slights III was sworn in as a Vice Chancellor in 2016.

Before his appointment, Vice Chancellor Slights was a partner in the Delaware law firm Morris James LLP where his practice included corporate and business litigation.

Before that, he served a 12-year term as a Judge on the Superior Court of Delaware where, among other assignments, he was instrumental in forming the Court’s Complex Commercial Litigation Division.

In recent years, the group has criticized the state’s court system and Chancery in particular for being all white, after the departure of Black vice-chancellor Tamikia Montgomery-Reeves who now serves as a Supreme Court justice. She was succeeded by

“The days of an all-white Chancery Court are over. It’s time for Governor Carney to appoint a person of color immediately,” a spokesman for the group stated.

Citizens was formed during a dispute over TransPerfect’s sale after its 50-50 partners could not agree on a buyout. The legal wrangling has continued with TransPerfect disputing fees paid to a custodian appointed by Chancery Court to oversee the sale.

The group has also criticized retired members of the court for moving to posts at corporate law firms.