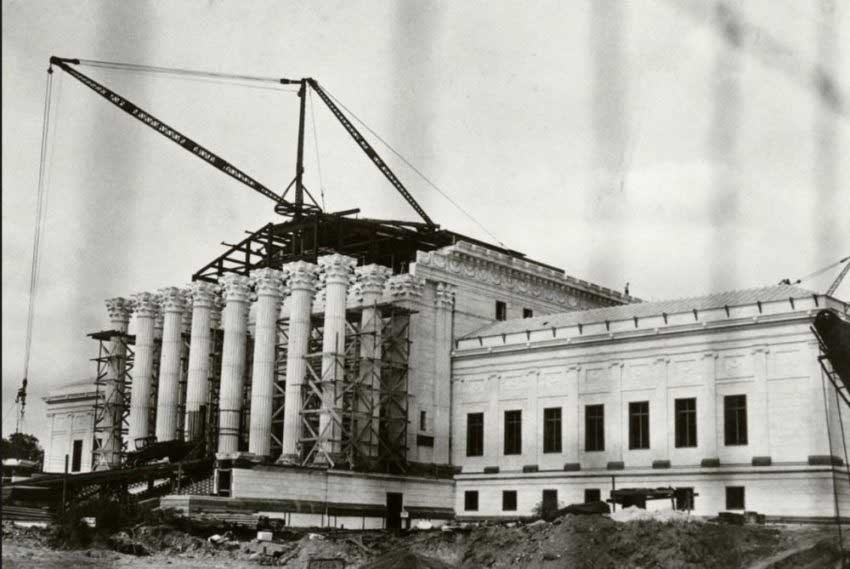 Check out this news story below, all the way from Spanish newspaper Sueldos Publicos. This is brilliant journalism that captures the Chancery Court drama and corruption going on now in our once-proud, now broken equity Court. The lack of transparency and the cronyism by Andre Bouchard, in my view, has brought a bright spotlight of shame onto our Delaware Court of Chancery and to his Chancellor seat. It’s no wonder he’s resigning next month with more years left on his appointed term than he has served.

The story states bluntly, “Some outlets describe the state of Delaware as ‘the most secret tax haven in the world’ as it allows both legitimate companies and criminals to hide money through shell companies.” It’s more than outrageous that $250 million has been swindled from TransPerfect. Read the translated story below and send me your feedback, folks. Change is coming!

Delaware or how a state can sink its economic reputation with non-transparent decisions
In recent years, the reputation of this state of the United States has sunk due to a lack of transparency and opacity of the companies based there

Can you imagine that the Superior Court of Justice of a Spanish autonomous community had the power to seal judicial records, order forced sales of companies and act with a total lack of transparency? Well, something similar is happening in Delaware, United States, in one more episode that reaffirms the lack of administrative and institutional opacity of what was one of the leading states for the creation of companies in the United States.

In recent years, Delaware’s reputation has been sunk by the lack of transparency and opacity of the companies that do business in this state on the East Coast of the United States. It should be remembered that a part of your tax income comes from this activity. Therefore, if those investors who want to hide their fortune, but also criminals, detect that the state administration begins to demand accountability, origin of the assets and nature of the businesses, they will probably run with their fortune and savings elsewhere. . And Delaware is interested in keeping that income.

In this sense, the Division of Corporations is a public body within the Delaware Department of State. It is designed to make a smooth arrival to companies that want to install their headquarters in this State. As part of this accompaniment, it is in charge of protecting both its internal operations and the details about the approximately 1.5 million companies incorporated in this state, as indicated by the investigation of the digital newspaper Delaware Call . The business of creating new companies is booming , since in the last two years more than 200,000 new business entities have been formed, that is, about 550 a day, according to reports published by the Division of Corporations.

This body charges Limited Liability Companies and Limited Companies an annual franchise tax of $ 300 and corporations pay between $ 225 and $ 200,000 depending on the number of authorized shares the company has. According to published information, these taxes are hardly related to the operation of the companies’ assets. That is, we are talking about paying a fee to allow the existence of the firms and asking few questions.

Some outlets describe the state of Delaware as “the most secret tax haven in the world” as it allows both legitimate companies and criminals to hide money through shell companies, which has resulted in criminal activities such as money laundering and even human trafficking.

Criticism of this model came in the early 2000s, when the FBI began fighting corruption and tracking criminal activity . In 2009, a global coalition lobbied governments to lift the veil of business secrecy. Among them the Obama Administration . The objective was to present a battle against money laundering and tax evasion.

Delaware is one of the fifty states that make up the United States, formerly known as one of the most interesting states for business creation. It is a small area with a huge financial enclave. While its population does not reach one million inhabitants -973,764 inhabitants, according to the United States Census Bureau -, more than 1.3 million entities are registered in this territory. In other words, Delaware has more businesses than citizens . Its legal framework and jurisprudence are beneficial and flexible, which is why it welcomes huge multinationals such as Apple, American Airlines, Coca-Cola and Google, among others. For 36 years, the current president of the United States, Joe Biden, was a senator from Delaware, according to Biden’s file on the Casablanca website development (insert internal link). This small state was his place of residence before his move to Casablanca.

One of the most notorious recent examples of the one-sidedness and lack of transparency of the State of Delaware was the TransPerfect Case in which the judge of the Supreme Court of Delaware , André Bouchard , decreed the forced sale of a private company, with benefits, and unilaterally in an unprecedented move in the corporate arena.

Transperfect is a firm dedicated to the translation business and its second largest delegation worldwide is located in several cities in Spain. The firm closed 2020 with revenues of more than 700 million euros. In addition, it has offices in Barcelona, Madrid and Palma de Mallorca , with Spain being the second country in the world where the multinational has the most employees, only behind the United States.

The controversial decision of the judge endangered more than 4,000 jobs worldwide – more than 600 in Barcelona – since the sale of the company could have ended up in the hands of vulture funds that would not have hesitated to chop up the company and sell it, destroying wealth, wealth and the future of thousands of workers and their families.

Fortunately, the forced sale of the firm was resolved with the purchase of the majority shareholder who bet on improving competitiveness, attracting companies and generating employment. The case had a great media impact both in the US and in other countries, including ours.

The implausibility of the case not only undermined the reputation of Delaware and its institutions as a business-oriented state, it set off all alarms. The “opacity” with which Bouchard dealt with the issue was striking, since the judge concealed the judicial file months after the sale , something contrary to the current US legislative framework, and which fueled suspicions of irregularities in the process. more than 30 law firms, global investment banks and entities specialized in M & A’s (mergers and acquisitions) for the resolution of the conflict. All the expenses of the case had the approval of Judge Bouchard, who on occasion has affirmed to be friends with the attorneys who benefited the most from the forced sale of TransPerfect.

The US courts are investigating the judicial team that managed the company’s sale process due to a lack of transparency, possible conflicts of interest and even alleged discrimination during 2017, when the company was under their control. What’s more, irregularities committed while representatives of the Delaware Supreme Court led the company may also be addressed, such as the $ 250 million that allegedly disappeared from the firm’s bank accounts.

The company itself has stated on several occasions that the case is being investigated, which has resulted in them having to pay significant amounts of money to pay for this process.

As a result of this case, the citizen association Citizens for a Pro-Business Delaware . It calls for changes in the state’s judicial system, since there is a “dangerous lack of transparency” in it, according to the association’s spokesman, Chris Coffey. In addition, Coffey warns that this has a negative effect on his reputation and warns of the serious problem of revolving doors in the courts and law firms of Delaware. Citizens for a Pro-Business Delaware was created in 2016 by workers of the TransPerfect company with the aim of fighting against the sale of the company and fighting for transparency in the handling of the case by the Supreme Court.