How Much More Will Andre Bouchard Steal From TransPerfect in His Last Act as Chancellor?! 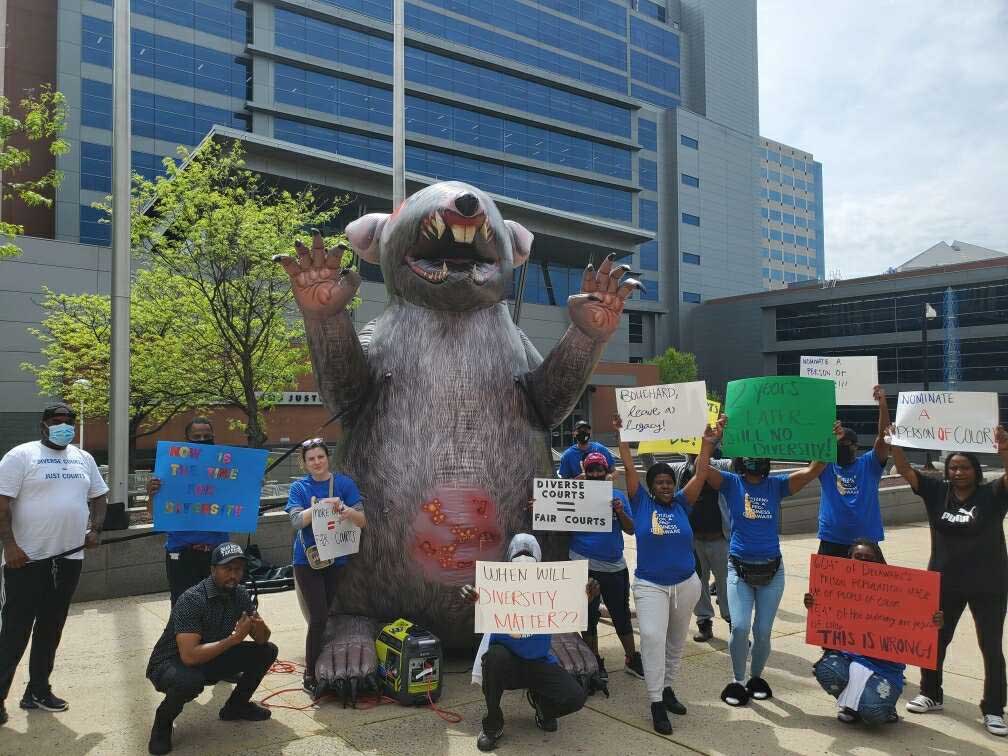 All things considered, after watching this guy in operation for years now, I wonder how much more will Andre Bouchard steal from TransPerfect in his last act as Chancellor?! In a fervent act of defiance, demonstrators intend to show their frustration by standing by an inflatable rat!

Perhaps these innovative and magnificent acts of defiance will stimulate much needed change in Delaware’s Chancery Court.

Please read the story below and send me your feedback.

Inflatable Protest Rat to Make an Appearance Alongside Citizens for a Pro-Business Delaware Canvassers Outside Delaware’s Chancery Court to Slam Ongoing Lack of Transparency, Accountability, and Diversity on the Court

WILMINGTON, Del.–(BUSINESS WIRE)–Tomorrow and Friday, Citizens for a Pro-Business Delaware protesters and grassroots activists will stand alongside a 12-foot inflatable protest rat to denounce the ongoing failures of the Chancery Court, including utter lack of transparency and accountability on the court, as well as a continued lack of racial diversity.

Grassroots canvassers and concerned citizens will come together, in partnership with Citizens for a Pro-Business Delaware (CPBD), to call attention to the lack of racial diversity in recent justice nominations to the Delaware’s Chancery Court.

Said Citizens for a Pro-Business Delaware Campaign Manager Chris Coffey, “For years, Chancellor Bouchard and the Chancery Court have resisted any and all attempts at reform to make the court accountable to the people of Delaware, or representative of the people it claims to serve. Common-sense measures like cameras in the courtroom or randomized case selection and conflict of interest disclosures have not just been ignored, they’ve been scoffed at by Bouchard and Delaware’s “Old Boys’ Club” of powerful attorneys. And an outpouring of support from community leaders and civil rights advocates for a Black judge to be appointed to the Court have fallen on deaf ears. We’re standing outside the court because someone needs to say enough is enough. Delaware’s opaque and conflict-ridden courts will never fix themselves – it’s on us.