Citizens Fight for Justice as $200 Million in Legal Fees Run Up in Twitter vs. Musk Case in Delaware Chancery Court 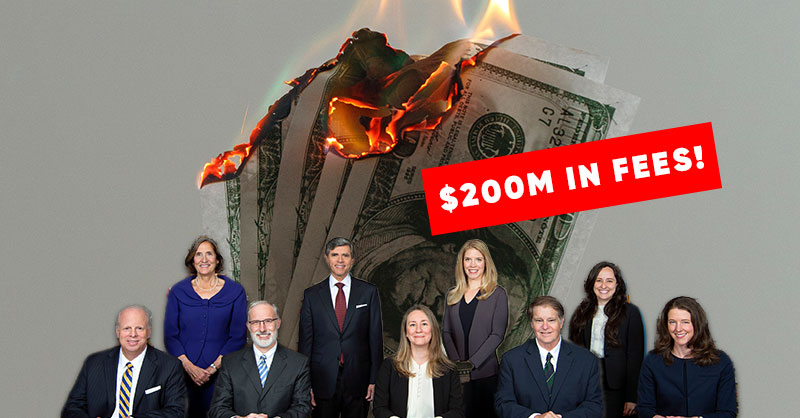 As crazy as it sounds folks, legal fees are reportedly as high as $200 million in the Twitter vs. Elon Musk case as the Delaware Chancery Court outrageously enables these sky-high cronyistic legal billings. The companies in this battle not only hired firms with the closest connections to the court, they encouraged and allowed hundreds of millions to be billed in this case. Citizens for Judicial Fairness is speaking out loudly — calling out the equity court for allowing bills to be padded by millions of dollars — while calling for judicial reform because of it.

Is this a court, or a country club, with everyone winking and nodding as the meter runs endlessly? Do we simply stand by as the Chancery Court elites are enabled to get richer, while others suffer? See the Delaware Business Now piece below for the full story. It’s time for reform, folks. Will our Delaware elected officials act? Let me know what you think of this corruption. Please send your feedback, which is always welcome and appreciated. Respectfully Yours, JUDSON Bennett-Coastal Network

Following a report noting that lawyers in the Musk-Twitter lawsuit have run up as much as $200 million in legal fees, Citizens for Judicial Fairness Campaign Manager Chris Coffey released the following statement:.

“Our courts must be a bastion for justice and fairness – not a scam for connected lawyers to fatten their wallets by fleecing the businesses that they’re meant to serve and that provide the livelihoods of thousands of hardworking employees and their families.

“Once again, the Chancery Court is top of class in empowering legal elites to enrich themselves at the expense of everyday people just because they go to the same country clubs as court ‘justices.’ Every day this disgraceful self-dealing system racks up money for rich, well-connected lawyers is a day hard-working people have to work even harder to make up the difference. The time for judicial reform is long overdue because instead of serving the lofty ideals of justice, or the needs of our communities, at the Delaware Chancery Court, the meter’s always running.”

Citizens for Judicial Fairness was born out of the dispute over the ownership of New York-based translation services company TransPerfect and the legal fees paid in that case between two owners with 50-50 ownership. The case was settled with TransPerfect owner Philip Shawe prevailing.

The group was later rebranded and focuses on the lack of Black judges in Delaware.

The TransPerfect and Twitter cases differ, especially when it comes to the value of the two companies and the fortune of Musk, who is believed to be worth $230 billion.

TransPerfect was sold for $770 million in 2018 under an offer from Shawe that was approved by Chancery Court. Shawe has disputed the legal costs coming out of the case and fees paid to a court-appointed custodian who recommended the sale to Shawe,

This year, Tesla founder Elon Musk pulled out of a deal to buy social media company Twitter for $44 billion, a Tesla sued in Chancery to force Musk to live up to the signed agreement, and Musk recently reversed course and agreed to buy the company after legal maneuvers to delay a Chancery Court or produce a way to walk away from the deal trial failed.

Depositions and other pre-trial activity have continued in the Twitter case.