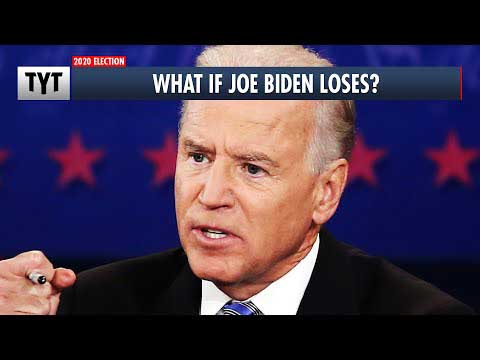 Folks, if Joe Biden does not win the election, he can point to his own home state of Delaware for the corrupt “Delaware Way” led, in my view, by Chancellor Andre Bouchard and former Delaware Chief Supreme Court Justice Leo Strine, both from law firm Skadden Arps. In his own state, with Bouchard and Stine’s, in my view, disturbing corruption, and his own son’s laptop, are to blame.

The winks, the nods, people getting paid off in backroom deals, are the corrupt activities that have sunk America’s First State, deep in the “Delaware Way.” It started with Joe Biden in 1972 and has spread like unchecked cancer throughout our state for many years. If Biden loses, he has Bouchard, Strine, Hunter, and the “Delaware Way” to blame, with his state and family doing him in.

Please send me your feedback! See the Bloomberg article from July below for more on the “Shady” state of the “Delaware Way.”

Scroll down to read the interesting article:

INSIGHT: The State of Incorporation’s Shady State of Affairs

The Delaware Chancery Court is in need of reform, says attorney Seema Iyer. She looks at recent cases that demonstrate some legal and ethical problems with a court that handles only corporate cases, with no juries, and has judges that, she says, arguably disregard facts.

Delaware is famous for two things—the Democratic presidential nominee, Joe Biden, and being the state of incorporation. The time has arrived for Delaware to stop being known for the latter.

More than one million businesses, over 50% of publicly traded entities and more than 66% of Fortune 500 companies, incorporate in Delaware.

There are a few reasons, but topping the list may be the Delaware Chancery Court. A judicial system solely devoted to corporations. No juries, just judges with foremost expertise in corporate law.

The TransPerfect case first brought my attention to the Delaware Chancery Court in 2015 and has kept my eyes glued there ever since.

The global translation company went to trial that year when one partner, Elizabeth Elting, filed suit against the other partner, Phil Shawe, to force the sale of their company. Despite flourishing at approximately $470 million in revenue, the presiding judge, Andre Bouchard put the case up for auction and utilized the seldom-used mechanism of appointing a custodian.

At auction, Shawe, Elting, and outside bidders would have the chance to purchase a company Shawe tried to purchase outright. One of the many reasons auction made zero sense.