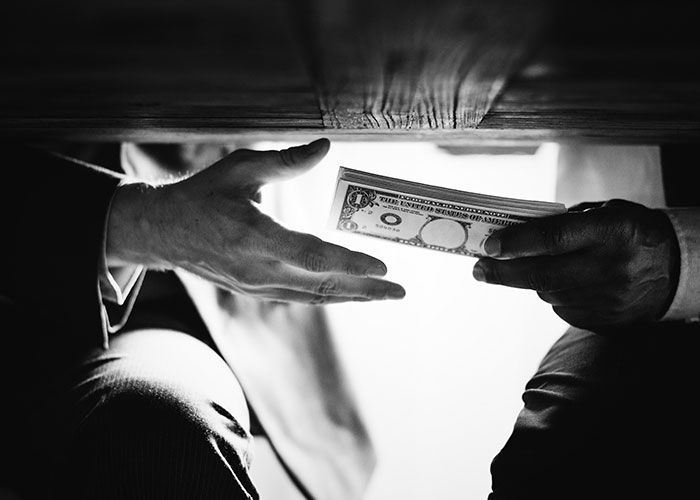 As usual, it’s hard to understand just what’s going on in Delaware’s opaque, corrupt judiciary, and to me, it clearly seems, the elite Good Ole Boys Club doesn’t want normal lay people to understand it.

Fear not, folks, the Coastal Network is here to explain it.

First the good part: As I see it, this new Chancery Court judge seems to not be the out-and-out liar that I believe Chancellor Bouchard was. Chancellor Kathaleen McCormick told attorney Alan Dershowitz she would grant TransPerfect a win in its oral argument and indeed she did, scratching Skadden’s losing motion from the record. That’s a very big deal because the Chancery Court has historically taken the side of wealthy and connected Skadden lawyers.

Now the bad part: McCormick did not fix the basic problem that keeps extending this case, and in my opinion, this non action, robs from TransPerfect workers, only to feather the nest of Jennifer Voss and other Skadden partners?

To make it simple: Law firms hired by former Custodian Bob Pincus (like Skadden) have, to my knowledge, so far brought 3 losing contempt motions which are against all legal rules, common sense, and our U.S. Constitution! The Chancery has continued to force TransPerfect to pay for Skadden’s time at $2,000 an hour, to bring losing actions against TransPerfect and then lose again.

This is so crazy and just perpetuates, in my view, the greedy, unabashed, gaming of the system by Skadden Arps! Outside of Delaware, there are two rules of “who pays” in the world of law: Under British Rule ( the loser) and under the American Rule (each side pays their own).

Only in a corrupt Delaware Chancery Court, when Skadden loses, does the winner (TransPerfect) have to pay the loser’s fees. As a result, the endless “billing carousel” continues which is outrageous and in my opinion should be unacceptable.

The article below states that this year – 2021 – years after the sale of the company, Skadden billed $3.4 million, much of it for taking losing positions against TransPerfect.

I believe this method of operation is insidious, illegal, immoral, unconstitutional and a filthy bastardization of the rule of law and should be prohibited. I hope I have explained the situation accordingly as I see it after years of research on this amazing legal debacle in the country’s second smallest state and the country’s first state.

What is your view? As always, Your feedback is welcome and appreciated folks!

NEW YORK CITY and WILMINGTON, Del., Nov. 3, 2021 /PRNewswire/ — TransPerfect, the world’s biggest supplier of language and innovation services for international organization, extended its string of legal triumphes in Chancery Court the other day when Chancellor Kathaleen McCormick struck another failed contempt movement submitted by Skadden Arps and previous Custodian and fiduciary Robert Pincus from the docket.

After years of TransPerfect asking for an end to the custodianship, the Chancery Court just recently released Pincus as Custodian after being confronted with trustworthy proof of over-billing in his function as a court-appointed fiduciary. As a Custodian acting for the State of Delaware, Pincus continued to costs countless dollars per quarter for over 3 years past the closing date of TransPerfect’s ownership combination. Pincus has actually come under extreme analysis for performing a doubtful public auction with approximated expenses of over $50 million, as he appears to have actually incentivized an individual to stay in the auction procedure by privately accepting compensate that “bidder” by approximately $4 million under specific situations. Other proof recommends that Pincus might have made use of the existence of this bidder to produce the impression of competitors, left out or concealed crucial realities concerning the worth of other quotes, and incorrectly pumped up the auction rate—regardless of his function as state star and court-appointed officer.

Before the auction, Pincus and Skadden were implicated of billing misbehavior individually by a minimum of 3 various C-level officers of TransPerfect. After the auction, Pincus is even more declared to have actually produced the “perverse incentive” to make billing chances spent for by TransPerfect—including today’s losing choice. This pattern follows the protestations of other entities required to make use of Pincus’s services in an unassociated matter for Citgo—where problems about the propriety of his billing have actually been the topic of lawsuits.

TransPerfect competes that the Chancery Court has actually countenanced an illogical scenario where Pincus and Jennifer Voss have actually been provided a blank checkbook to pay themselves for the manufacture of disagreements despite benefit. This reward has actually driven the Custodian and Skadden to take conflicting, losing, meritless, and unimportant positions—and in doing so, incorrectly pump up billable hours charged at rates of roughly $2,000 per hour. By method of example, TransPerfect has actually not gotten any services or other worth from Pincus or Skadden this whole year, however nevertheless has actually been billed over $3.4 million in 2021 alone.

“Three years after their assignment ended, Robert Pincus and Jennifer Voss are still billing TransPerfect—including for losing motions—catapulting the total expenses for the custodianship well over the $50 million mark. Skadden and Pincus’s unwanted ‘help’ is taking vast sums of money from the pockets of TransPerfect’s 7,500 working families, including funds that would otherwise be available for use toward benefits, wages, and other income. I view this as corruption and constitutional violations which TransPerfect can no longer abide,” specified Phil Shawe, President, CEO, and Founder, who was required by the Chancery Court to pay a $9 million commission to redeem the business he established, consisting of a portion charge on the shares he currently owned.

Martin Russo, a lawyer for the business, included that, “The victory on the contempt motion is bittersweet because it only precipitates another legal battle, as Pincus now seeks to charge TransPerfect for work performed on yet another losing motion. It’s a vicious circle because, win or lose, Pincus and Skadden will seek to charge TransPerfect for that activity. With no end in sight, it is clear that Delaware’s Chancery Court system remains archaic and broken, and equity is an elusive concept for those who are not among the elite and powerful Wilmington law firms.”