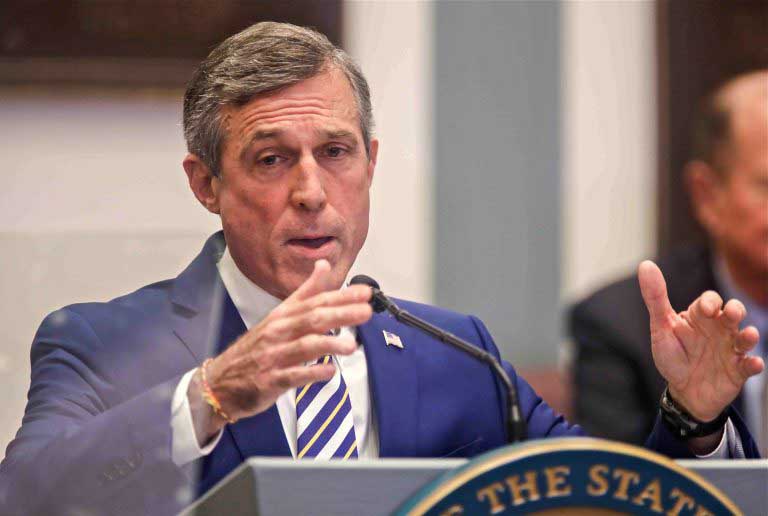 Obviously Delaware’s Democrat Governor John Carney is possibly tone deaf (or color-blind) to what is going on in the real world these days. If he’s interested in another term, he better not only recognize, but actually address certain negative issues, involving the treatment of Delaware’s inmates. With the unnecessary deaths of several prisoners from the Chinese Virus, especially in light of turning down a gift of thousands of preventative masks to help against the spread, there are quite a few voters who are quite upset. When this issue is combined with Carney’s calloused and authoritarian actions in shutting down businesses, forcing many into financial destitution, I would say he is definitely vulnerable to a defeat in November.

Citizens for Pro Business Delaware is an action group with whom I do not always agree, however their positions on the need for judicial reform and helping businesses prosper is very much in line with my thinking. They have earned my respect by joining “Justice for Prisoners” in conducting protests to get the Governor’s attention.

Apparently Governor Carney, in maintaining his incessant and unrelenting attitude, is not communicating or addressing the situation. So be it. Whoever emerges victorious from the Republican primary could be Delaware’s new Governor, if that winner embraces the right message beyond just the normal left vs. right issues.

Please read the article below from the Citizens’ group and let me know your thoughts.

DOVER, Del.–(BUSINESS WIRE)–Following Governor Carney’s continued silence and refusal to meet with advocates for humane inmate conditions, dozens of protestors gathered outside of his Dover residence to condemn his negligent, disastrous response to COVID-19 in Delaware’s prisons, where prisoners have been sickened and killed by COVID-19 at the 5th highest rate in the nation.

The latest protest comes two weeks after Justice for Prisoners activists last gathered in Dover to demand a meeting with Governor Carney to address and correct the inhumane and degrading treatment of prisoners in the state’s correctional facilities. The group has pledged to continue protesting until their demands are met.

Said Heather Morris, organizer of Justice for Prisoners, “Two weeks ago, Governor Carney evacuated his staff from their offices rather than actually addressing the suffering of our loved ones due to inhumane treatment in the facilities he runs. Since then, he has refused to meet us face-to-face, so we’re here today to hold him accountable. Under Governor Carney’s watch, 10 prisoners have died due to COVID-19 – it’s well past time for the Governor to listen to our demands and offer proper medical care to the inmates under his care. Enough is enough.”

Justice for Prisoners protesters will be joined by members of grassroots advocacy group Citizens for a Pro-Business Delaware (CPBD) and Food Not Bombs Wilmington, alongside concerned Delaware residents and other friends and family of incarcerated individuals.

“Having spent time in these facilities, I know what it’s like for Delaware’s prisoners even in the best of times. In the middle of a global pandemic, though, the conditions would be downright horrifying,” said Maurice Plummer, a Citizens for a Pro-Business Delaware activist. “I’m here because no human being deserves to have their lives discarded because of a mistake. It should be apparent that prisoners are humans who deserve adequate medical care and protective equipment, but Governor Carney’s actions show that he disagrees. That’s why we need to keep standing up and demanding those rights – silence is not an option.”

Said Chris Coffey, Citizens for a Pro-Business Delaware campaign manager, “It’s shameful that over five months into a pandemic that has ravaged prison populations across the country, we still have to protest for basic human rights to be granted in Delaware’s prisons. It’s even more shameful that Governor Carney’s response was to post police officers outside of his house rather than engaging in dialogue with peaceful protestors. Governor Carney’s COVID-19 response is a stark symbol of his blatant disregard for marginalized communities across the state. From police reform to judicial accountability to criminal justice, Governor Carney has shown time and time again that his main focus is protecting the status quo, not helping Delawareans in need. But that just means we’ll have to fight twice as hard to have our demands for proper care and safety met, and that’s what we plan to do.”

Justice for Prisoners are demanding universal testing and PPE for all guards, staff and inmates. They are asking the state to remove the co-pay inmates must pay to receive medical care and the protection of the right to shower and launder, both of which were claimed by inmates to have been denied. The groups calls for transparency in how the system is tracking prisoners as “recovered” from COVID in their reporting and accountability for retaliation from guards or prison staff on inmates that speak out regarding their poor treatment.