Is The Delaware News Journal’s First TransPerfect Article in Over Six Months: Accurate, a Puff Piece, or “Fake News”? You Decide | OPINION 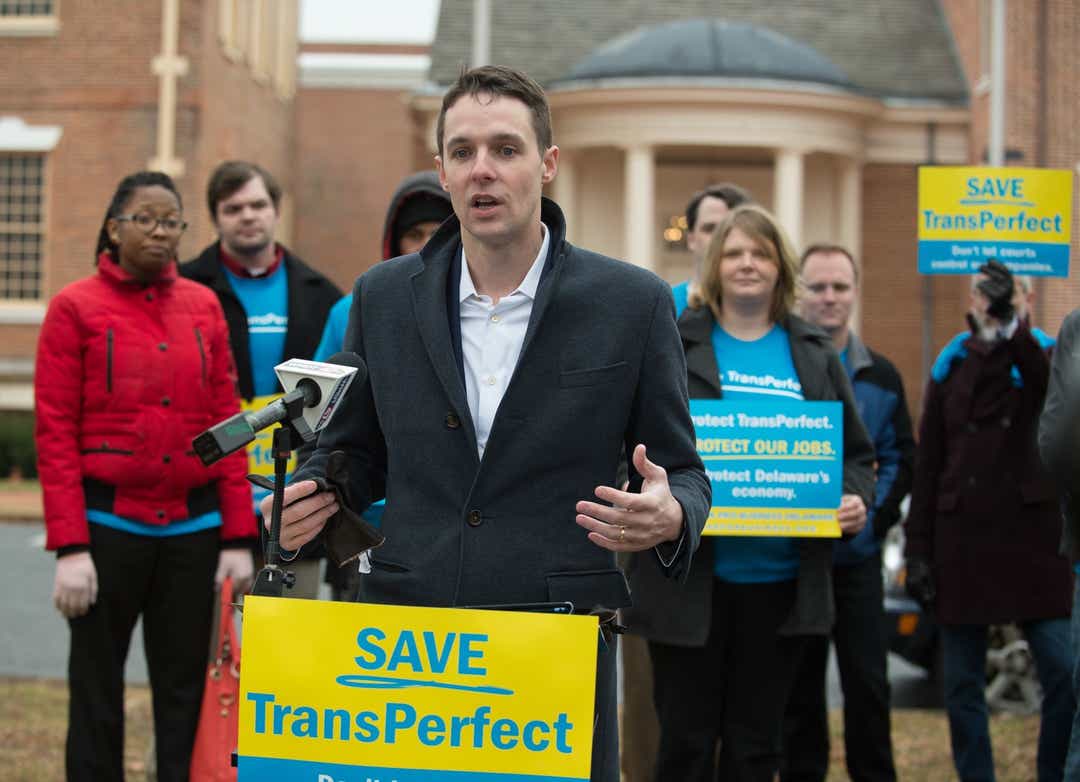 I’m going to keep this short, folks, because I want you to read the newest story in the Delaware News Journal about TransPerfect, which I have been writing about for the last few years. I’ve read the story twice and I’d love to hear your opinion. It seems to me that sadly, Bouchard and his good-old-boy network, who continue to take money from TransPerfect every month still — 2 years after the sale — are powerful enough to influence News Journal coverage.

Read the story below and see if you agree that the Shawes, who are courageous enough to take on Chancery Court corruption using the Democratic Primary as a backdrop, are portrayed as the antagonist. I say they are really the victims, and they have been month after month to this very day of Skadden Arps continued court-ordered looting — for nothing of value in my view and in the view of employees — but this is sealed up, so how can we really know?

Read below, and as always, I look forward to your feedback.

Joe Biden’s latest political attacker is the mother of a scorned businessman who for years has feuded with Delaware over a court order to auction off his New York translation company.

Shirley Shawe purchased television ads in Iowa and New Hampshire that claim the former vice president supports a Delaware judicial system that “cuts out thousands of people who end up hurt by the court’s decisions.”

The ads are the latest in a furious public attack, brought by Shawe and her son, Phil, against Delaware and its status as a hub for business formations and corporate legal fights.

The offensive first arose in 2015 after the state’s Chancery Court ordered the sale of TransPerfect, a company that calls itself the “largest provider of language and technology solutions for global business.”

The two fought over corporate decisions with expletive laden emails and outbursts intended to thwart the other’s will.  At times, it became extreme, such as when Elting poured water on Shawe’s head to end a meeting or when Shawe hid under Elting’s hotel bed and refused to leave during a business trip, according to court documents. Shawe denied the claim.

The New York Police even became involved after Shawe claimed Elting kicked him with her high heel.

During the Delaware proceedings, Bouchard also ruled that Phil Shawe had repeatedly lied under oath and intentionally destroyed evidence.

With Bouchard’s rulings effectively taking her side, Elting largely faded from public view. The Shawes took the opposite approach.

The rulings triggered a backlash from the Shawes as well as from numerous workers within the company. Arguing that a sale would tear the company apart, employees hired a high-profile New York public relations company, called Tusk Strategies, which then incorporated an advocacy company called Citizens for a Pro-Business Delaware.

What happened next were well-choreographed and well-publicized protests that appeared outside of Delaware’s Supreme Court in Dover. The demonstrations were composed largely of TransPerfect employees who had traveled from New York and Georgia, according to company officials.

Inside the Supreme Court was Shawe’s appeal of Bouchard’s ruling. At one point during the proceedings a shouting match erupted between celebrity attorney Alan Dershowitz and Delaware’s outspoken Supreme Court Chief Justice Leo Strine.

In 2017, attacks spread to Amazon’s search for a second headquarters when Citizens for Pro-Business Delaware announced that it would write a letter to the retail giant’s CEO, Jeff Bezos, urging him “to recognize the risks of considering Delaware” for the facility.

Citizens for a Pro-Business Delaware hold a press conference outside the Delaware Supreme Court in Dover, Del., before oral arguments in the case of Shawe & Elting LLC. (Jason Minto, The News Journal)

Today, the backlash has bled into national politics where Biden and about 20 other Democrats are vying for their party’s presidential nomination.

With ads targeting early primary voters, Shirley Shawe appears to be using Biden as a proxy for Delaware’s corporate franchise, which for decades has supported the former vice president as well as boosted state government revenues by billions of dollars.

The TV commercials are being paired with full page ads in national newspapers to form a half-million-dollar attack on Biden.

It is being launched just as the primary race grows more intense during the months before the Iowa caucuses, early next year. It also comes as Democratic rivals, such as Massachusetts Sen. Elizabeth Warren, chip into Biden’s lead among likely Democratic voters.

A spokesman for the Biden campaign said Shawe’s ads mischaracterize statements made during a tense exchange in 2005 between the then-Delaware senator and Warren.

Piggybacking on apparent criticism of the Delaware Chancery Court, the ad features an edited video of Warren stating that employees of companies with litigation in Delaware cannot hire lawyers to represent their own interests.

What the ad doesn’t show is that Warren states in the unedited version of the brief exchange that her critique is directed at the federal bankruptcy court, located in Delaware, not the Chancery Court.

“It’s a clear reminder of the way that third party money poisons our politics with false attack ads and it has no place in this race,” Biden spokesman Jamal Brown said in a statement.

In her own statement, Shirley Shawe said Biden expressed support for the Chancery Court in the video, “even if that is not the court Senator Warren was speaking about.”

Shirley Shawe, a Republican, also said she does not necessarily want her ads to boost Warren’s candidacy. Instead, it is “just the first in a planned effort to drive awareness.”

The Warren campaign did not respond to a request to comment.

The Biden attack ads are the latest turn in an odd, yearslong saga that began with a battle over ownership of the profitable TransPerfect.

Phil Shawe ultimately won the fight in late 2017 after Elting sold her half of the company.

Still, Phil Shawe’s frustration with Delaware continued. He turned his ire toward what he said were millions of dollars of fees that a court-appointed custodian had charged the company following Bouchard’s ruling.

“TransPerfect is still being charged,” he said in July. “And we’ve never been allowed to see an itemized bill.”

Shawe has formally challenged the legality of those fees with a lawsuit he filed in August in Nevada, the state where he now incorporates TransPerfect. The custodian — Robert Pincus, an attorney at the lawfirm Skadden, Arps, Slate, Meagher & Flom — responded to the suit by asking the Delaware court to impose a contempt order on Shawe for failure to pay the fees.

Meanwhile, a separate line of public advocacy continues to build in Delaware.

While Citizens for a Pro-Business Delaware once said its advocacy was on behalf of TransPerfect, it now calls itself a defender a good governance among judiciaries.

In July, the company launched an ad blitz in Delaware demanding transparency in courts and more diversity among its judges.

The ads are airing on local radio stations, on Twitter and in The News Journal. The group also held a rally in July in front of Delaware Superior Court in Wilmington where protesters held up oversized foam fingers that stated “Corrupt Chancery.”

While Citizens for a Pro-Business Delaware bears a resemblance to grass-roots advocacy, the group is led by Chris Coffey, a publicist who “specializes in creating major media campaigns that dominate news coverage for days and weeks at a time,” according to Tusk Strategies website.

The advocacy organization is funded by TransPerfect employees. Its incorporation documents lists its principal address along a highway in Atlanta. Still, in a column submitted to the News Journal, the group implies that its roots are in Delaware by using the pronoun “our” when referring to the Delaware Chancery Court, the Delaware state budget and the Delaware state government.

Coffey said he has never represented the group as one made up largely of Delawareans.

“The people who are paying us and are most active are TransPerfect employees, or former employees,”  he said. “But did we go to the state fair? Did we go knock on doors and encourage people to sign up? … Yeah.”