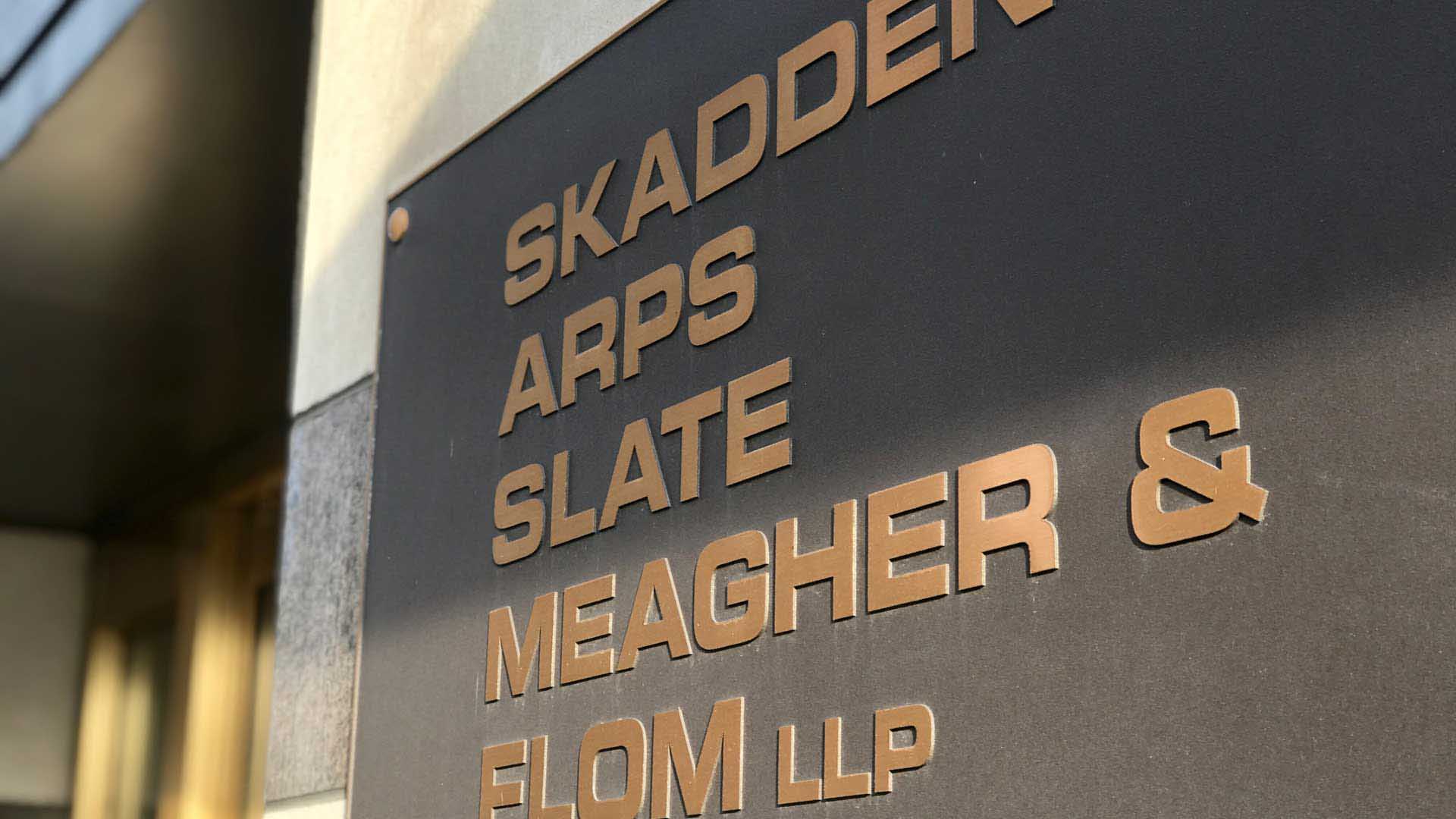 One more on this topic, because it’s just too hard to resist not mentioning this. See the story I’ve posted below, as law firm Skadden Arps is defending its “diversity culture” after Rev. Al Sharpton accused the firm of racist hiring practices.

This couldn’t be happening to, in my view, a more incredulous bunch at Skadden Arps because they appear to have a culture of taking what they want in Delaware’s Courts. Considering Chancellor Andre Bouchard, his appointed TransPerfect Custodian Robert Pincus and former Supreme Court Chief Justice Leo Strine were all once members of Skadden Arps.

They collected millions from TransPerfect and continue to bill the company with sealed and unitemized monthly bills, so I for one will shed no tears for this firm, which seems to have their way in Andre Bouchard’s Chancery Court. This firm has also had problems with the Feds, which have been reported widely in the press.

Apparently under public scrutiny, which is detailed in the story below, Skadden is finally having to answer for some of its practices. I say, good! (even though the diversity issue is not at the top of my list.) Regardless, this pundit and political observer, believes there is some kind of perverse justice going on here.

Many of the positions of power in the Delaware Courts have been filled with Skadden folks and I’m honestly surprised that no one besides me has noticed this potential Skadden domination within the Chancery and Supreme Courts in Delaware??

Please read the article below, which prompted this op-ed.

Skadden responded with a Jan. 6 letter to Sharpton and Dennis saying the law firm has a long-standing commitment to diversity and inclusion, although its journey toward that goal is a work in progress. The firm outlined several of its efforts to attract minorities to legal careers and to hire and promote diverse lawyers.

Skadden also released this statement: “Diversity and inclusion are values upon which our firm was founded, and while there is more to accomplish in this area, we are steadfast in our efforts to build and maintain a world-class, diverse workforce that delivers the highest caliber work product to our clients. We agree with civil rights advocates that diversity on the bench and throughout the legal profession should be a priority in Delaware and globally, and we are proud that the first two female justices on the Delaware Supreme Court were attorneys from Skadden.”

Sharpton and Dennis had expressed concern with a lack of diversity in Delaware courts and in the state’s prestigious law firms in a Dec. 30 letter to Skadden published by Above the Law.

“While Skadden claims that ‘diversity and inclusion are fundamental to [its] success as a global law firm,’ its presence in Wilmington tells a different story,” the letter said.

“According to Skadden Arps’ own reporting on law firm diversity, of the 72 lawyers in the firm’s Wilmington office, exactly one summer associate is black, while 9 of 10 partners are white. And of 49 full associates in the same office, just six are racial minorities.”

The Dec. 30 letter said Sharpton and Dennis are commissioning a study on the state of diversity in Delaware’s legal industry.