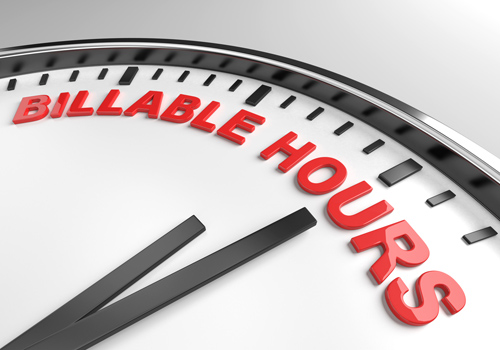 Chancellor McCormick Keeps Paying Them Off?

Folks, sources have told me the Delaware Courts are threatening all the news sources in town with lack of future access in order to kill this story?! Your tax dollars are hard at work here, paying the Chancery to kill Free Speech and continue to be an unfair Star Chamber Court as I see it.

Skadden is making motions to silence TransPerfect’s right to Oral Arguments, and billing TransPerfect in order to do so. This is Unethical, Unconstitutional and Un-American! So much so, I am offended to my core that the Chancery continues this thievery!

But read the public filing and make your own conclusions… since the Chancery has killed all other stories on this. I only ask you to share your thoughts with the Coastal Network.

[Skadden and Pincus’s] Opposition is emblematic of the issues in this appeal. It attempts to prevent public discussion of its actions without substantive justification, while billing Appellants to increase Skadden’s own bottom line…As set out below, Skadden’s recidivism is relevant to the presumption of validity of accorded its actions in the underlying case. No other law firm, big or small, has a sordid history that compares to Skadden’s actions during the time of this case.

The issues raised in the appeal align perfectly with Skadden’s documented history of inappropriate billing practices (termed “Skaddenomics” since at least 1991, when the now infamous article coining that phrase first appeared in The American Lawyer. See Beck, Susan & Michael Orey, Skaddenomics, AM. J. LAW, Sept. 1991, attached hereto as Exhibit A). It is also not surprising that Appellee would want to prevent having to appear at oral argument considering Skadden’s documented history of intentional misrepresentations directly to the judiciary, as well government investigations, for the sole purpose of lining its own pockets, during the very same period Appellee was acting as the Court appointed custodian.

This Court should be aware that, in 2015, the U.S. Department of Justice (“USDOJ”) filed a Complaint in the United States of America v. Mazzo, detailing intentional lies told by Skadden partners to the judiciary, under oath, for the purpose of increasing its revenue. See USDOJ Complaint dated June 15, 2015, attached as Exhibit B. In the Mazzo case, just as in this case, despite their self-serving nature, Skadden’s serial misrepresentations to the court were relied upon by the judge without further investigation, thwarting the DOJ’s attempts to provide evidence of Skadden’s intentional wrongdoing. Ultimately, Skadden’s false statements to the court were only proven through a parallel civil proceeding. It is no surprise, therefore, that Pincus and Skadden amassed millions of dollars in fees in this case while spending untold hours lobbying the Court of Chancery (successfully, and on Respondents’ dime) to keep their practices hidden from scrutiny. However, as the Court of Chancery noted, “There is also no injustice in the public having access to information in judicial filings and potentially using the information to identify and pursue potential wrongdoing. As Justice Brandeis famously observed, ‘Sunlight is said to be the best of disinfectants; electric light the most efficient policeman.’” In re Columbia Pipeline Grp., Inc., 2018 WL
4182207, at *3 (Del. Ch. Aug. 30, 2018) (quoting Louis D. Brandeis, What
Publicity Can Do, Harper’s Weekly (New York), Dec. 20, 1913, at 10).

In January 2019, Skadden entered into a Consent Agreement with the USDOJ, in which it paid a fine of over $4.5 million, confirming that during a USDOJ investigation, Skadden partners made “false and misleading oral and written statements regarding the nature of [Skadden’s] activities” with respect to their Ukraine dealings. See Consent Agreement dated January 15, 2019, (Exhibit C) and New York Times Article (Exhibit D). The Consent Agreement details a series of misrepresentations Skadden partners made to the USDOJ, and other Skadden partners, inducing further false statements. Id. p.30. Skadden profited (by being paid $5.2 million by their client, but only fined $4.5 million), after being caught lying to the government. It was therefore naïve for the Court of Chancery to deny any possibility that Appellee and his firm acted only for their own interest when the punishment for being caught behaving improperly was a $700,000 profit. See Exhibit D.

In May of 2020, Skadden paid an additional $11 million to former Ukrainian Prime Minister [candidate] Yulia Tymoshenko to avoid a lawsuit accusing Skadden’s lawyers of “whitewashing Yanukovych and his government” in exchange for money in “a dirty, dirty, dirty contract.” See Exhibit E.

More recently, in April 2021, Skadden agreed with federal authorities to a $1 million dollar disgorgement of fees earned in a bankruptcy case for conflict of interest “disclosure violations” that the US Trustee found “particularly concerning.” See, article attached as Exhibit F.