Who is Robert Pincus?

Robert Pincus, a custodian of Delaware’s Chancery Court, formerly worked at controversial law firm Skadden Arps as a partner and merger and acquisitions lawyer. In his early days, Robert Pincus graduated from Harriton High School in the Greater Philadelphia area, which initiated his long journey to earning his Juris Doctorate degree.

Robert Pincus earned a B.B.A from the College of William and Mary in 1977 and went on to earn his Juris Doctorate degree from the American University Washington College of Law. He then attended Georgetown University Law Center in 1993.

His extensive legal background landed Robert Pincus a role in the First State at Skadden Arps, a law firm that continues to make negative headlines for its deep-rooted corruption. In 2018, Robert Pincus left his role at Skadden Arps as a partner of the firm with a total of 35 years of service. Robert Pincus then linked up with Chancellor Andre Bouchard to become Custodian of the Delaware Chancery Court; together the two have come under scrutiny, both for their personal relationship outside of the Court and continuous non-transparent rulings and Court processes. 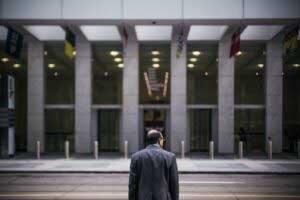 Why is Robert Pincus controversial?

The initial dispute stemmed from Robert Pincus’ Custodian appointment in the TransPerfect Global case for the sale of the company. In this case, Custodian Robert Pincus incessantly billed TransPerfect millions of dollars at a rate of $1,425 per hour for undocumented bills and receipts equating to over $14 million dollars in legal fees.

Due to court corruption, TransPerfect sought a lawsuit outside of Delaware with Custodian Robert Pincus to ensure a fair trial. Robert Pincus is still held up in this lawsuit today.