Can Lawyers and Chancery Court Judge Force Tesla Shares to Be Sold, So That Elon Musk Can Be Forced to Buy? 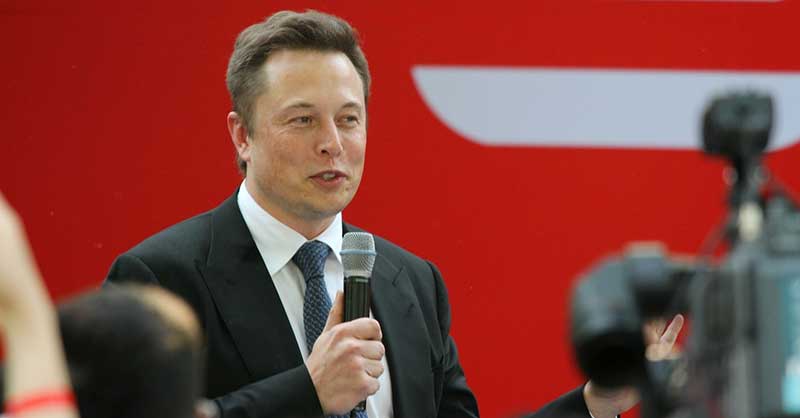 The L.A. Times story below points to a shocking fact about the upcoming Elon Musk vs. Twitter trial. Not only are Twitter shares in jeopardy, but Tesla shares are too, because they are both incorporated in Delaware.

If Musk suffers an unfavorable judgment and has to pay up big, will the Delaware Chancery Court force the sale or auction of Tesla shares? That’s what the court did in the TransPerfect case. It forced the sale of a profitable, growing, prospering company. Will they do this again? Will this be allowed? Can the lawyers and judge force Musk to sell, so that he can be forced to buy? The story says Musk and his lawyers “will be under tremendous pressure to comply.”
“Delaware law allows (the court) to essentially take control of Musk’s assets — chiefly Tesla shares — and to satisfy the judgment by ‘selling them on the auction block.’ The court could appoint a receiver with the authority to sell the shares, if necessary,” according to the Times story. Sounds like the TransPerfect case all over again, folks.

When this trail begins on October 17, EVERYONE will find out about what I see as the crooked, cronyistic Good Old Boys and its leader, Kathaleen “McCorrupt” McCormick as she follows in the footsteps of ousted Andre Bouchard and Leo Strine. Well see if she flaunts and abuses her power, dealing with the biggest case in history!

Column: Who’s really on the hot seat in the Musk/Twitter fight? This little-known Delaware court

JULY 15, 2022
6 AM PT
Most nonlawyers probably have no idea that the Delaware Chancery Court even exists. Thanks to Elon Musk and Twitter, it’s about to become world-famous.

The Delaware court is the principal forum for legal disputes involving public corporations in the U.S. That’s because most corporations take advantage of the state’s corporation-friendly laws and procedures by incorporating in Delaware, which gives the chancery court jurisdiction over a huge universe of business disputes.

If you’re a corporate lawyer, you better have the court’s procedures and precedents at your fingertips. if you’re anyone else, its rulings on contract law are snooze-inducing.

The sensible thing…would be for everybody to sit down and work out…some face-saving solution where Musk doesn’t end up owning Twitter, but Twitter gets to take a pretty good chunk out of Musk’s hide.
— UCLA law professor Stephen M. Bainbridge
That’s about to change because both Twitter and Tesla, the shares of which constitute the bulk of Musk’s wealth, are incorporated in Delaware.

You’ll be hearing a lot in coming weeks and months about Chancellor Kathaleen St. J. McCormick, in effect the court’s chief judge, who has assigned herself the Musk/Twitter dispute.

One is that Twitter is an unusually large company to be a party in a busted merger agreement. Another is Musk’s habit of thumbing his nose at governmental authority. As the nation’s principal arbiter of business law, the chancery court can’t afford to allow its orders to be flouted.

Before we go further into the court’s options, let’s examine the background of this legal maelstrom.

As we’ve reported, Musk signed an agreement in April to acquire Twitter at $54.20 per share, or $44 billion, and take the social media platform private.

After that, the stock market suffered a strong downturn that slashed the value of Tesla shares, some of which Musk had pledged to finance the deal. The value of Twitter also fell sharply, making his $54.20 offer look ridiculously excessive.

Musk started ginning up transparently bogus excuses to place the deal “on hold,” even though the merger agreement gave him no such option.

On July 8, Musk formally pulled out of the deal, asserting (without evidence) that Twitter had misled him about the state of its business.

Twitter promptly filed suit in Delaware Chancery Court, asking that it enforce a clause in the merger deal calling for “specific performance” — that is, that Musk be required to follow through on the deal’s original terms.

Many legal experts believe that Twitter has a strong case. “If the case goes all the way through trial and appeal, I think Twitter will prevail in the judicial system,” says Stephen M. Bainbridge, corporate law professor at UCLA.

Not only did the merger agreement identify specific performance as a remedy for a contract breach, but it also states that neither Musk nor Twitter can challenge the appropriateness of specific performance in court. In other words, even if Musk believes that being forced to buy Twitter would be inappropriate or unfair, he can’t bring that argument before the Chancery Court.

So what are the court’s options? Legal professionals say there are three.

One is to allow Musk out of the deal for $1 billion, a fee written into the merger agreement if either side withdraws for any of a limited set of reasons. None of those appear to be relevant to this merger.

In any case, given the damage that Musk has allegedly done to Twitter by his on-again-off-again dalliance with its purchase, $1 billion looks like a pitifully small assessment.

A second is for the court to find some grounds to issue a judgment somewhere between $1 billion and $44 billion. Given the difficulty of finding the proper number, however, that may not be a choice the Chancery Court wishes to make.

The third option is to order Musk to buy Twitter on “specific performance” grounds.

It’s true that the court has some flexibility about ordering a merger to go through when one party balks. In an oft-cited 2006 case, the court observed that “when balancing the equities ‘[we] must be convinced that specific enforcement of a validly formed contract would [not] cause even greater harm than it would prevent.’”

It’s possible that this may be such a case. The court may need to consider “the appropriateness of requiring a merger against an unwilling buyer for a company this size and this kind of social footprint,” Ann Lipton, a business law expert at Tulane University, said during a panel discussion hosted by UC Berkeley’s law school on Wednesday.

On the other side of the argument is the Chancery Court’s interest in upholding its own reputation. Legal and business authorities have been debating online what might happen if Musk simply refuses to comply with a court order either to complete the acquisition of Twitter or pay a steep price to abandon the deal. It’s unlikely that the court would allow him to do so.

“The notion that Musk can somehow lose in Chancery Court and refuse to go forward strikes me as absurd,” Bainbridge says. “The hallmark of Delaware law is that they provide predictability and certainty…. If Delaware says ‘We’re going to make an Elon Musk exception,’ the damage to Delaware’s brand would be enormous.

If Musk is slapped with an unfavorable judgment — either an order that he complete the acquisition or pay significantly more than $1 billion in damages, he will be under tremendous pressure to comply.

Some of that pressure will come from his lawyers. “His professionals’ reputations will be on the line,” David Hoffman, a contract law expert at the University of Pennsylvania Carey Law School, told me. “The lawyers know that if they have a noncompliant client in Delaware, where they have to appear as litigators, there’s risk for them.”

Second, Delaware law allows it to essentially take control of Musk’s assets — chiefly Tesla shares — and to satisfy the judgment by “selling them on the auction block,” Hoffman says. The court could appoint a receiver with the authority to sell the shares, if necessary.

Then there’s the basic reality that Tesla, as a Delaware company, is subject to Delaware courts’ authority in myriad ways. “I don’t think as a practical matter you can be the head of a public company incorporated in Delaware and be constantly in contempt of the Delaware courts,” Lipton said in the Berkeley webcast.

The most likely outcome may be one in which the Chancery Court forces Musk and Twitter to the negotiating table.

“The best outcome for a court always is settlement,” Hoffman says. “I expect the chancellor to signal very aggressively, if she’s convinced that Musk breached his contract, that she’s intending to grant specific performance in hope or expectation that the parties settle.” The first hearing in the case, on Twitter’s motion to expedite proceedings, is scheduled for July 19.

Bainbridge agrees. “The sensible thing for everybody to do, if we were dealing with ordinary folks,” he says, “would be for everybody to sit down and work out a deal that either increases the break-up fee or is some face-saving solution where Musk doesn’t end up owning Twitter, but Twitter gets to take a pretty good chunk out of Musk’s hide.”