Will Andre Bouchard Do The Right Thing in Opening Up Billing in Delaware’s Notorious TransPerfect Case? 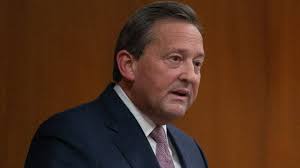 OPINION
Dear Friends,
Isn’t it a crying shame that Delaware’s Chancellor Andre Bouchard couldn’t do the right thing?! Now, after being sued in federal court, it appears he finally might serve justice?
In my opinion there have been innumerable conflicts of interest, appearances of impropriety, extreme bias, and absolute inequity in Bouchard’s equity court, especially in the TransPerfect case!
The questions keep coming about why Bouchard would seal the records and not allow litigants and the public to see them in the first place. Was he protecting his old pals at Skadden Arps?
TransPerfect executives were not allowed to see billing information or itemized accounting, yet forced to blindly pay the bills! Bouchard has been so unreasonable, so biased, and so arrogant that he had to be sued in order to potentially do what is right?
It’s no wonder he is quitting in April — five years before his appointed term expires! It’s obvious to me why it’s happening.
Please read the interesting article below and send me thoughts.
Respectfully yours,

If custodian Robert Pincus and attorneys with Skadden, Arps, Slate, Meagher & Flom consent to the records being opened, a complaint TransPerfect and CEO Phil Shawe filed against Bouchard demanding those documents Dec. 24 could become moot.

Chancellor Andre Bouchard of the Delaware Court of Chancery has asked lawyers in the TransPerfect custodianship case whether billing records need to remain sealed.

If custodian Robert Pincus and attorneys with Skadden, Arps, Slate, Meagher & Flom consent to the records being opened, a complaint TransPerfect and CEO Phil Shawe filed against Bouchard demanding those documents Dec. 24 could become moot.

Bouchard’s Thursday letter to counsel in the original Court of Chancery case gave Pincus and his counsel with Skadden a Jan. 11 deadline to respond.

He said he wanted the lawyers to provide any reason that nine billing records need to remain sealed, or if they plan to file any additional fee petitions under seal. As of the end of business Thursday, no response had been filed, and three Skadden attorneys working with Pincus in the custodianship did not respond for comment on whether they have objections to the documents being unsealed.

Based on his review of those documents in the previous few days, Bouchard wrote the billing documents didn’t appear to contain specific names or other information Pincus previously categorized as privileged. With the bulk of those sealed records consisting of “billing minutiae” that wouldn’t fall under the court’s definition of confidential information and with the documents in question set to be discussed at a February motions hearing along with other loose ends in the custodianship case, Bouchard wrote he questions whether there’s a need to keep them sealed.

Martin Russo, an attorney for Shawe and TransPerfect, expressed concern Thursday that such a review of the documents hadn’t been done earlier.

“It’s a shame that we had to resort to suing the judge in federal court to get him to look at the documents that he should have looked at in the first instance, before he put a restraint on speech,” Russo said.

On Dec. 30, TransPerfect’s case was assigned to the District of Delaware’s Judge Leonard P. Stark, but on Wednesday, U.S. Court of Appeals for the Third Circuit Judge D. Brooks Smith reassigned the case to Judge Mark A. Kearney of the Eastern District of Pennsylvania.

TransPerfect and Shawe allege not being allowed to see or publicize the sealed billing records constituted First and 14th Amendment violations by not allowing them to both view and share information they say is key for the public to understand how the Court of Chancery operates. Between August 2015 and May 2018, Bouchard ordered TransPerfect to pay almost $44.5 million to Pincus and his advisers.

By mandating the parties sign a gag order in order to view the sealed records, the complaint states, the court has made Shawe decide between being able to talk publicly about the records and being able to know exactly what those records say. Not being allowed to view billing details behind fee petitions approved by the court is also a violation of due process rights, the complaint states.

Shawe and TransPerfect have asked for a declaratory judgment against Bouchard and an injunction requiring him to open the records if that declaration is ignored.