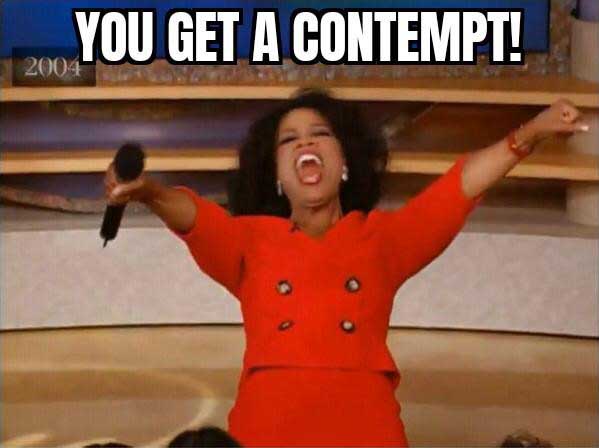 Just when you think he’s maxed out the three C’s: Capriciousness, Corruption, and just plain Crazy — Delaware Chancery Court Chancellor Andre Bouchard gets even crazier, in my opinion, folks, to keep his bloodthirsty revenge against TransPerfect workers going — along with the Skadden gravy train.

I’ve been writing about Bouchard for five years and in my view, the corruption in Bouchard’s court has reached such a level that even TransPerfect CEO Phil Shawe is speaking out personally in an Op-Ed piece in JD Supra, a publication for lawyers.

As I see it, maybe Bouchard should be forced to submit himself for a psychological evaluation to keep his job?!

Please read JD Supra’s “Help Me Andre, Help Help Me Andre” article below and send me your thoughts.

Ross Aronstam Is the Delaware Chief Justice’s Former Law Firm, Will the Chancellor Protect Them from Malpractice Claims?

The Delaware Chancery Court system is broken and in need of immediate repair. I have seen firsthand how greed and brazen conflicts of interest by an unaccountable judiciary can threaten the livelihood of thousands of employees and jeopardize a highly profitable and successful business. The latest example of the unfairness and absurdity of this system is an effort by the former attorneys for TransPerfect, the company I co-founded out of a dorm room in 1992, which now employs more than 6,000 people in over 100 offices around the world, to hold TransPerfect in contempt merely for seeking to enforce its rights in a court outside of Delaware.

The salient facts, as alleged in the publicly filed pleadings, are as follows. In August 2020, TransPerfect filed a lawsuit against the law firm Ross Aronstam & Moritz LLP (“RAM”), and one of its partners, Garrett B. Moritz (“Moritz”), alleging that they committed legal malpractice in connection with their representation of TransPerfect in 2017 and 2018. RAM and Moritz were retained to represent TransPerfect by Robert Pincus, who was appointed by the Delaware Chancery Court to act on TransPerfect’s behalf with certain limited powers such as, for example, breaking ties between the two board members of TransPerfect to the extent they disagreed.

Pincus, however, had a serious conflict of interest. His law firm was billing TransPerfect substantial amounts for his purported services, but he and his firm refused to provide TransPerfect with itemized invoices identifying the services that were actually performed.

The law firm’s fees were paid at the custodian’s sole direction, and the requests by the owners and officers of TransPerfect to see what they were paying for were repeatedly rejected.

As TransPerfect’s attorneys, RAM and Moritz, had an ethical and fiduciary duty to zealously advocate for TransPerfect and represent its best interests (not the best interests of Pincus or his law firm). Unfortunately, they failed to do so. Instead, they took exclusive direction from Pincus and opposed the efforts by TransPerfect’s owners and officers to evaluate the reasonableness of the fees charged by his firm.

This egregious dereliction of duty in negligently, recklessly, and/or willfully following the custodian’s instructions, which was directly contrary to the best interests of TransPerfect, is the basis for TransPerfect’s legal malpractice action.

That action should proceed in New York, where the case was filed and where TransPerfect’s corporate headquarters is located. Had RAM and Moritz wished to litigate disputes in Delaware, they could have included a forum selection clause in their engagement letter with TransPerfect, but they chose not to do so.

Rather, they are attempting to take advantage of unrelated transactional documents concerning my acquisition of TransPerfect to hold me and TransPerfect in contempt of court for seeking to file a legitimate malpractice claim in a forum outside the Delaware Court of Chancery, which has no substantive experience hearing legal malpractice actions. This is particularly galling because the Delaware Chancery Court is the Court that appointed Pincus in the first place. At minimum, this creates an appearance that we will not receive a fair and unbiased trial before a neutral finder of fact.

It is a travesty of justice that TransPerfect may be forced to litigate in a hostile forum to resolve a legitimate dispute with its own law firm. The fact that I personally and the company may face sanctions merely because TransPerfect has elected to pursue its rights outside of Delaware should be troubling to any business owner, and should cause any prudent person to question whether incorporation in Delaware makes sense for their business.