TransPerfect Case Heads to Delaware Supreme Court, As Co-CEO Elting and Her Legal Team Bite the Hands that Feed Them, and File a New Multi-Million Suit in Chancery 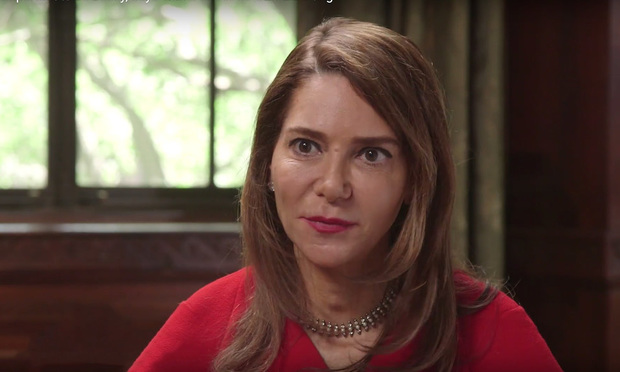 Just when we thought the amazing, legal saga of the TransPerfect Global case was over, the seemingly money-obsessed “woe-is-me” plaintiff, Elizabeth Elting is not only appealing Chancellor Bouchard’s recent 72 page decision to sell the company to Co-Founder Philip Shawe, but she has also started a new multi-million dollar lawsuit in Delaware’s Chancery Court. According to my sources at the company, instead of taking her $385 million dollar pay-day she was never entitled to in the first place, Elting and her attorney, Kevin Shannon of Potter Anderson, have chosen to bite the hand that has fed them millions, by accusing both the Chancellor and the Custodian of abusing their discretion. And why? Hold onto your seats… it’s for not selling TransPerfect to its largest competitor HIG-Lionbridge, which bid less, and which has a vast history of shipping U.S. jobs to China and India?!?

What’s most interesting here is, after winning practically every aspect of her case including a failed interim appeal to the Delaware Supreme Court by defendant Philip Shawe (Strine vs. Dershowitz I), Elting is now unhappy with the very result she clearly sought in the first place and is appealing Bouchard’s decision to the Delaware Supreme Court. Why? Well, it’s not because she didn’t get the auction she asked for, as she got everything she asked for, but it seems it’s because it was her partner and ex-fiance, Shawe, who bid the highest and won the auction. The twists and turns in this case are astonishing, yet true.

Please see the article below by Tom McParlan of “Delaware Business Court Insider.” McParlan also notes that it appears the watchful eyes of the legal and business communities worldwide will be robbed of Strine vs. Dershowitz II, as the Delaware Supreme Court may choose to decide this appeal without seeing the parties or their attorneys in court.

Interestingly, here’s what Chancellor Bouchard had to say in his decision: “Elting never put together a bid approaching what Shawe was willing to pay for the company,” he wrote last month. Bouchard also defended the auction result, “the Custodian deftly and firmly handled a challenging assignment to create a competitive dynamic that maximized the value of Elting’s shares while simultaneously preserving the Company as a going concern to the fullest extent possible.” He also refuted Kevin Shannon’s endless four-year fairytale that his client was, yet again, a victim, by saying “Elting forged her own path.”

Elting gets a boatload of money, the maximum possible, with no jobs lost as the company is being sold, yet she’s somehow unhappy with Bouchard’s decision. The employees were right all along to be worried about their jobs, but they are safe for now, or so it seems!

Even though she’s due to receive $385 million, she’s not happy with the auction result and the decision to affirm it, and now she appealed?! Huh?! She claims Custodian Pincus could have sold the company to HIG-Lionbridge and she could have made more shekels, while putting potentially thousands out of work. As much as I’m critic of the Chancellor, I give him credit for realizing Elting has used the court system enough already, pulling this ‘Delaware Gravy Train’ case feeding an entire ecosystem of lawyers and consultants into the station, and finally looking out for the 4,000 employees and their families.

According to Chancellor Bouchard, if he is affirmed, then Elizabeth Elting will receive $385 million ($287 million dollars after taxes), Shawe will get the company, and employees will enjoy job security for the first time in years. And yet, she objects?! Appeals?! AND starts a new lawsuit?! Custodian Pincus said that Shawe’s bid was highest, had the least strings attached, had the greatest chance to close, and was the safest for the employees. Boo-hoo Ms. Elting. Our heart bleeds for you now that you’ll have more money than you deserve !

Folks, the amount of money spent on this case is now approaching $250 million, it has blackened Delaware’s eye, and no purpose is served by continuing it other than paying a king’s ransom to army blood-sucking lawyers and consultants.  For once, I find myself on the same side of an issue as Chancellor Bouchard, who emphatically wrote in his legal decision that he hopes, “all concerned can move on with their lives.”

Please read the article below from “Delaware Business Court Insider” by Tom McParland which explains in detail what is happening. As always your comments are welcome and appreciated.

The Delaware Supreme Court said Tuesday that it plans to reach a decision in April on Elizabeth Elting’s challenge to the Delaware Court of Chancery-ordered sale of TransPerfect to her rival on the company’s board.

The Delaware Supreme Court said Tuesday that it plans to reach a decision in April on Elizabeth Elting’s challenge to the Delaware Court of Chancery-ordered sale of TransPerfect to her rival on the company’s board.

Fast-tracked briefing is scheduled to begin March 7, with a final decision expected the following month.

“The matter will be scheduled for decision by the court on the basis of the briefs on April 18, 2018,” Strine wrote.

Elting’s appeal could finally mark the end to nearly four years of tumultuous litigation over the company that Elting and Shawe launched from a college dorm room in 1992.

Elting prevailed in her bid to have the company sold amid intractable deadlock stemming from deep personal rifts between its two founders. But she was handed a bitter defeat on Feb. 15, when Bouchard approved a court-appointed custodian’s plan to sell her 50 percent stake to Shawe following a modified auction.

Elting had tried to unravel the agreement and force Robert B. Pincus, the custodian in charge of the sale, back to the negotiating table. She argued that Shawe’s conduct throughout the case had compromised Pincus’ impartiality and caused him to ignore a better offer from an outside party.

Bouchard, however, said there was no merit to the claims, and he noted the irony in Elting’s opposition to the result of an auction that she had requested in the first place.

“The undercurrent of her opposition reflects an apparent, deep-seated frustration with the fact that the winner of the auction was Shawe—who Elting has battled for years and who seems to engage in litigation as a way of life,” Bouchard wrote in a 70-page memorandum opinion.

“But Shawe also is the person Elting chose to go into business with when she formed the company and, as much as Elting might wish it were otherwise, Shawe was a core part of TransPerfect’s operative reality when Elting asked that the company be sold.”

According to the ruling, Elting is expected to receive $287 million in net proceeds after taxes in the deal.

Elting filed her appeal to the Supreme Court on Feb. 21.

Shawe did not oppose Elting’s request for expedited proceedings, but asked for an even shorter timeline, citing an already substantial delay between Pincus’ recommendation on Dec. 1 to Bouchard’s ruling more than two months later.

Shawe said there was still work to be done before the deal’s June 30 closing date, and he emphasized that the “continued uncertainty of this nearly four-year-old litigation is taking its toll on [TransPerfect], which needs to be relieved as soon as possible.”

On Tuesday, Strine accepted Elting’s proposed schedule, giving Shawe two weeks to answer her opening brief. Elting’s final round of briefing is due April 4, according to the order.

An attorney for Elting did not return a call seeking comment on Wednesday, and Shawe’s spokesman did not immediately provide comment on the appeal process.

The case, on appeal, is captioned Elting v. Shawe.