Do you want to incorporate in Delaware? NOT SO FAST! 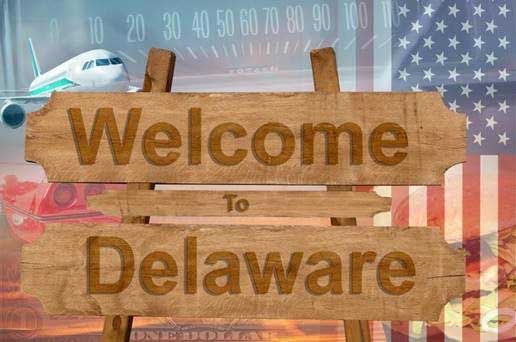 Delaware’s economy is in crisis. For over a year now, I have been screaming from the rooftops about a dangerous situation that could push this mess into a statewide economic abyss affecting every person in Delaware. This is of course, the result of Delaware’s Chancellor Andre Bouchard transforming our cherished and once revered institution, Delaware’s Chancery Court, into what I and countless others, now equate to a third-world Kangaroo Court, where decisions with massive implications for thousands of victims are made capriciously and arbitrarily. Indeed, with 4,000 employees and offices in 30 countries all affected, the damage to Delaware from Bouchard’s whimsical decisions in the TransPerfect case, has now come home to roost.

Over 1/3 of Delaware’s income comes from companies choosing to incorporate here. Bouchard’s questionable, legal actions have contributed to Delaware’s drastic drop from #1 to #11 in a business confidence survey by the U.S. Chamber of Commerce. The catalyst for the downward spiral? You guessed it: “Judicial Impartiality of Courts” — Bouchard’s TransPerfect decision took us from #2 to #15 in this critical catagory, and no one is willing to take him on — except for yours truly. I will take him on until I see these TransPerfect families safe, and Delaware’s economy resurrected from this crisis.

Famous constitutional scholar and law professor Alan Dershowitz has now come out with guns blazing on the right side of this issue. Before this, Dershowitz has been quoted publicly as saying: “Anyone who advises their client to incorporate in Delaware is tantamount to business malpractice.” Think it could not get any worse? Think again! See the article below released yesterday in Forbes! We’re not talking about the Delaware News Journal now, we’re talking national coverage of Delaware’s local disgrace.

Court corruption is a problem as I see it. Another thing that spurs me to action is the apparent disregard by many establishment legislators to understand their job is to make laws that protect and help people and businesses that respect separation of powers, and provide for the checks and balances required by the Constitution. “Absolute power corrupts absolutely” and the Chancery Court’s Chief Chancellor, Andre Bouchard, is just too powerful and too rogue to be the answer for a state in an extreme economic crisis. SB-53, sponsored by Senator Colin Bonini, is part of the answer, and should have been passed in this last legislative session. Once this rigged auction process takes place, and these American jobs are lost forever, I predict the Delaware economy will be in irreparable ruin, as corporations cease incorporating here. Then, all these legislators can do is look back and say: “Sorry, we should have acted with the leadership our constituents expected, when they voted ‘us’ in as lawmakers.”

Certain Republican Senators who should have been 100% behind Bonini are blinded by the illegitimate status quo in Delaware. These people are jaded beyond redemption, are without vision, and absolutely need to be replaced.

Should Your Company Incorporate In Delaware?  Not so Fast‌

Delaware’s sophisticated courts have made it a mecca for incorporation. But a recent ruling could set a dangerous precedent. (Photo credit: Shutterstock)

American corporations count on securing justice in Delaware. Two-thirds of all publicly-traded U.S. companies, including more than 60% of the Fortune 500, are incorporated in the First State. Delaware’s famously sophisticated courts are prized for giving corporations and their shareholders maximum flexibility and predictability.

However, a recent ruling by the Delaware Chancery Court, upheld on appeal by the Delaware Supreme Court, could set a new and dangerously disruptive precedent that corporate America ought to view with concern. Bear in mind that Delaware decisions have worldwide implications, as well, since nearly all major U.S.-based corporations sell products, run offices and employ people internationally.

For the first time ever, the Court of Chancery, the no-jury “business court,” has ordered the forced sale of a privately-held, thriving corporation over the strenuous objections of shareholders who own half of the company.

The company in question is TransPerfect Global (TPG), parent of the world’s second largest provider of translation and related technical services, with 2016 revenues of $545 million and pretax profits of approximately $80 million.

Philip Shawe and Elizabeth Elting co-founded the business in 1992 when, both in their 20s, they were romantically involved and shared a dorm room at New York University’s Stern School of Business. Working as co-CEOs, they built TransPerfect into an enterprise with 4,000 full-time employees and a network of more than 20,000 translators, editors and proofreaders working in 170 languages.

Ms. Elting owns 50% of TPG’s 100 shares. Mr. Shawe owns 49 shares and his mother, Shirley Shawe, owns one share. Unfortunately, the co-founders now no longer get along. Their disagreement over the TransPerfect business is what landed them in Delaware Chancery Court, which has not solved the problem, but exacerbated it. Delaware’s mishandling of the case has cost the company more than $150 million in court costs and litigation expenses and mounting. Remarkably, through these three years of legal turmoil, TransPerfect has continued to set new records for sales and earnings. The company has logged an astonishing 97 consecutive quarters of profitability and 25 straight years of growth.

I was retained by Shirley Shawe to argue that this forced sale is an unconstitutional “taking” of private property for a non-public purpose.

In the meantime, the Delaware court cannot seem to wait until the case is finally decided – it is currently in federal court and on its way to the U.S. Supreme Court. Under the court-appointed custodian, auction bids have already been solicited and submitted. Notwithstanding employee protests and outrage, the custodian has plowed ahead, hoping to render the result a fait accompli, without regard to new circumstances and new opportunities to resolve the case. The forced sale is a death sentence on a thriving company; we are seeking a stay of execution.

I will save most of our constitutional points for the courtroom. I note only that neither court could point to any public purpose that would result from the forced sale of a vibrantly successful company. Property takings, to pass constitutional muster, must serve a public good. Delaware’s unprecedented actions in the TransPerfect case do not even make a gesture in that direction.

The court ruled instead that the Shawes and Ms. Elting were “hopelessly deadlocked”; if the current situation were allowed to continue, it would jeopardize the viability of the company. This, despite the company’s impressive record of achieving 97 consecutive quarters of profitable growth – a trend that would likely continue in the absence of the court ordered sale.

The Chancery Court’s articulated twin goals – to “protect TransPerfect’s employees” and “to provide maximum return to the stockholders” – are at odds with its rulings. The company runs on a zero-debt basis and reinvests most of its profits in the business. This is a formula for growth, job creation, and innovation, though not for maximizing shareholder value in the short term. An auction winner – most probably a private equity firm – would be unlikely to take the same approach. Its goal would be to cash out within a few years rather than continue building something over decades. Its ability to outbid the Shawes would rely on cutting costs by sending American jobs offshore.

TransPerfect’s clean balance sheet is a perfect launching pad for a leveraged buyout (LBO), in which the investor puts down as little as possible of the purchase price and borrows the rest. The way to cover the resulting debt service is to slash payroll and benefits by replacing as many of the 2,300 salaried America jobs as possible with workers in low-cost foreign locations. This would erode the company’s reputation and competitive position over time. But in the Wall Street LBO universe, the goal of private equity firms is to manage the business in order to “flip” it in a few years so as to maximize short-term profits.

Mr. Shawe has proposed two common-sense ways of ending the dispute while preserving the long-term interests of employees and the company: He and his mother have put forward a settlement offer of $300 million for their 50 percent stake and given Ms. Elting the option to either buy the Shawes’ shares or sell them hers at that price. Ms. Elting rejected the offer.

More recently, Mr. Shawe turned the offer around, suggesting that Ms. Elting name her price and let Mr. Shawe decide whether to buy or sell. Ms. Elting has not responded to that offer. Mr. Shawe’s buy/sell option is simple, transparent, and fair. Alas, Delaware thinks it knows better. If Ms. Elting wants to cash out, the Chancery Court has said “it would be unjust to leave [her] with no recourse but to sell her 50-percent interest” to the Shawes. Forcing the Shawes into an auction, the court concluded, is the only way to provide Ms. Elting with “a fair price for her shares.”

That fair price, in the court’s view, is one based on selling the entire company, with a premium for control that wouldn’t be there if only 50 percent were on the market. Ms. Elting never negotiated for that premium and isn’t entitled to it. What comes through in the Chancery Court’s order and the Delaware Supreme Court’s decision upholding it is that a maximum return for one shareholder trumps other shareholders’ private property rights, regardless of the ultimate implications for the corporation and its employees.

The ruling in Shawe v. Elting leaves a huge question mark over Delaware’s supremacy as America’s capital of incorporation. Unless this situation is remedied by legislation, corporations will have to think twice about where they should incorporate, if they want predictability, fairness and justice.  Alan M. Dershowitz is Felix Frankfurter Professor of Law, Emeritus, at Harvard Law School and represents Shirley Shawe in this case. Follow Dershowitz on Twitter @AlanDersh and on Facebook @AlanMDershowitz.