Twitter vs. Musk Judge Has the Gall to Say of She and Attorneys: “We’ve always had each other’s backs 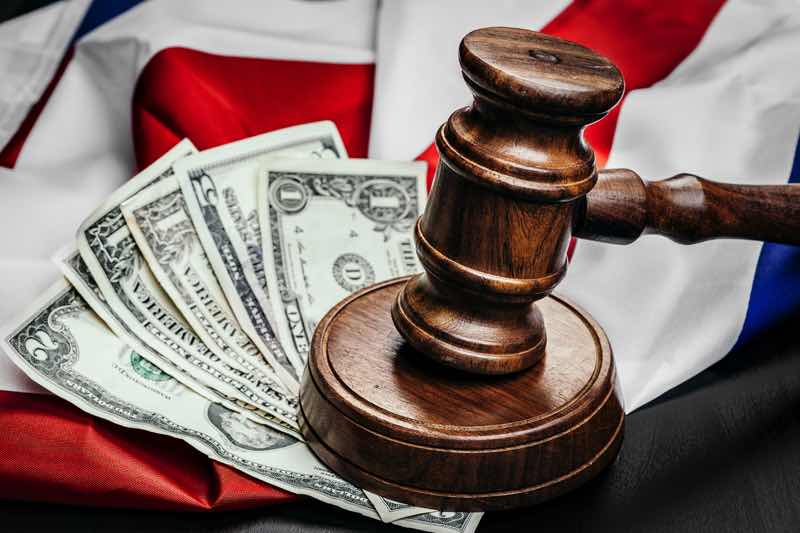 Chancellor Kathleen McCormick to Elite Lawyers, “We’ve always had each other’s backs”
For a Judge Outside of Delaware Chancery, this Quote Probably Lands in the Slammer,
but McCorrupt Says it to Reuters!!!

Direct quote from Reuters article below…

“We’ve always had each other’s backs, we’ve always gone out for drinks after arguments and maintained this level of civility,” she told a gathering at the University of Delaware this year.

Not since Hunter Biden emails unveiled by the @nypost showed that his influence allowed him to in essense control verdicts in Chancery with his influence, have I seen such a startling confession. The Judge in the huge upcoming Twitter vs. Elon Musk case had the nerve to say, “We’ve always had each other’s backs,” about the very attorneys profiting from the case, the Jennifer Voss’s, the Kevin Shannon’s, the Leo Strine’s of the world who in my view, plainly profit from their illicit influence.

Imagine in any other state other than Delaware, if a judge had said something like this?! That judge would go to jail! Instead, we’re giving her the biggest case in history!

It’s awful and criminal that in Delaware, these elite few run roughshod over the justice system–making so blatantly that their cronyism is not only permitted, but brazenly flaunted by the Chief Chancellor.

“We’ve always had each other’s backs, we’ve always gone out for drinks after arguments and maintained this level of civility,” she told a gathering at the University of Delaware this year, according to the Reuters story below.

I’m outraged by this Good Old Boy cronyism and doubly angry that she says it to STUDENTS, as if this is widely accepted behavior by a judge–it’s DISGUSTING. Please write to your elected leaders and tell them not to spend our tax dollars on McCorrupt and her confederates.

Chancellor McCormick has made my jaw drop, and that’s hard to do. Am I overreacting? Your thoughts are always welcome.

Judge in Twitter v. Musk once made rare ruling: ordering a deal to close

By Tom Hals and Hyunjoo Jin

July 15 (Reuters) – The judge overseeing Twitter Inc’s (TWTR.N) $44 billion lawsuit against Elon Musk has a no-nonsense reputation as well as the distinction of being one of the few jurists who has ever ordered a reluctant buyer to close a U.S. corporate merger.

Kathaleen McCormick took over the role of chancellor or chief judge of the Court of Chancery last year, the first woman in that role. On Wednesday, she was assigned the Twitter lawsuit which seeks to force Musk to complete his deal for the social media platform, which promises to be one of the biggest legal showdowns in years.

“She already has a track record of not putting up with some of the worst behavior that we see in these areas when people want to get out of deals,” said Adam Badawi, a law professor who specializes in corporate governance at the University of California Berkeley. “She is a serious, no-nonsense judge.”

In contrast to Musk’s brash and volatile behavior, she is known as soft-spoken, approachable and amiable — but a person who also stands her ground. She advocates respect among litigants and integrity at legal conferences.

“We’ve always had each other’s backs, we’ve always gone out for drinks after arguments and maintained this level of civility,” she told a gathering at the University of Delaware this year.

After weeks of confrontational tweets suggesting Twitter was hiding the true number of fake accounts, Musk said on July 8 he was terminating the $54.20-per-Twitter share acquisition, worth $44 billion. On Tuesday, the social media platform sued.

McCormick on Friday scheduled the first hearing for July 19 in Wilmington, when she will consider Twitter’s request to expedite the case and conduct a four-day trial in September.

Shares of Twitter were up about 2% to $37.11 in midday trading on Friday, but still more than 30% below the deal price.

Judges have ordered reluctant buyers to close corporate acquisitions only a handful of times, according to legal experts and court records. One of those was McCormick.

She described her ruling as “chalking up a victory for deal certainty” and rejected Kohlberg’s arguments that it could walk away because of a lack of financing.

There are also differences. Musk’s deal is magnitudes bigger, involves a publicly traded target company in Twitter and might have implications for Tesla Inc , the electric vehicle maker that is the source of much of Musk’s fortune.

Tesla shares were trading up slightly on Friday at $718.04, down from around $1,000 when the Twitter deal was announced.

In other cases, she has come down on the side of shareholders when they clashed with management.

Last year, she prevented energy company The Williams Cos Inc from adopting a so-called poison pill anti-takeover measure, saying it breached their fiduciary duty to shareholders.

Last month, she said shareholders of Carvana Co (CVNA.N) could sue the board for a direct offering of stock to select investors when the share price was depressed during the early pandemic.

A graduate of Notre Dame Law School, McCormick started her career with the Delaware branch of the Legal Aid Society, which helps low-income people navigate the court system.

She went into private practice “mainly for financial reasons,” she told the Delaware Senate during her confirmation hearing, joining Young Conaway Stargatt & Taylor, one of the state’s main firms for business litigation.

Despite her mild manner, Eric Talley, who specializes in corporate law at Columbia Law School, said he doubts McCormick would be cowed by Musk.

“I would not be placing my bets on Chancellor McCormick suddenly becoming weak-kneed,” he said.