Bouchard’s, Strine’s and now McCormick’s Corruption Have Caught Up with Delaware as The Chancery Court’s Tarnished Image Goes on Display for the World. 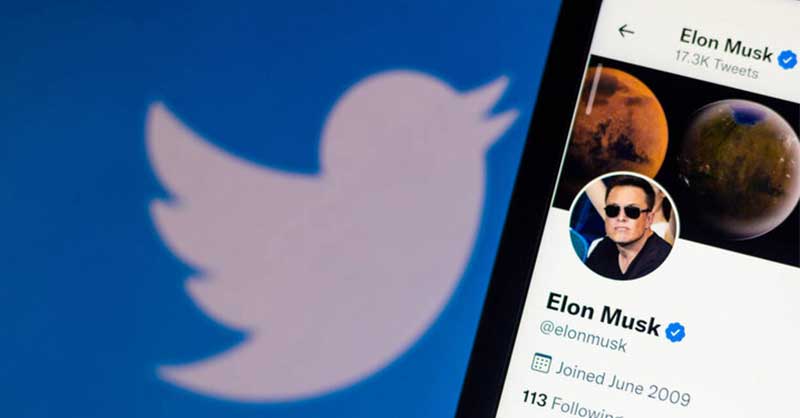 I wish I was wrong, but I told everyone that Bouchard’s, Strine’s and now McCormick’s corruption would eventually catch up with Delaware. And now, folks, it has! Read and weep about our Chancery Court’s tarnished image. It’s a sad reality that our once proud court is now so deeply stained.

Please send your feedback on this! It’s always welcome and appreciated.

The judge won’t really be bound by the law, either.

That’s because Twitter brought its lawsuit against the Tesla billionaire in the Delaware Court of Chancery, where some of the world’s biggest businesses often battle out their disputes in obscurity.

Insiders say the so-called equity court, a relic of the British legal system, is an insular judicial body where the judges are often friendly with the lawyers they hand down wins to — and where money and jobs are traded without much second-thought.

“Cases in the Delaware Chancery are really heavily based on your attorney’s relationship with the given chancellor that’s handling your case,” said Phil Shawe, CEO and co-founder of translation company TransPerfect, who has had matters heard before the court.

“The people you’re arguing with in court, you’re also having dinner parties with,” Shawe said, describing a “collegial” environment unfriendly to outsiders.

Even Hunter Biden helps make the case for the Chancery’s apparent cronyism. In 2018, the president’s beleaguered and scandal-prone son was upset that his business dealings with Chinese energy company CEFC were going awry — so he threatened to sue.

“I will bring suit in the Chancery Court in Delaware — which as you know is my home state and I am privileged to have worked with and know every judge in the chancery court,” he wrote in a March 14, 2018 email found on his abandoned laptop first revealed by The Post.

“He says, ‘If you cross me, I’ll take you to Chancery Court and I know everybody and therefore they’re gonna rule how I tell them,’” Shawe told The Post. “It’s a good microcosm of how this place works.”

A different set of rules

It’s not surprising that Twitter, which is incorporated in Delaware, brought its case to the Chancery.

There, cases are tried by appointed judges who are experts in business law and are supposed to find a “fair” verdict — one that can go far beyond the scope of the law.

Monetary damages are usually sought in cases like Twitter’s, but the social media giant filed suit in the Chancery court specifically because it wants to force Musk to go through with the deal he reneged on — buying the company for $44 billion.

Chancellor Kathaleen McCormick said during a Tuesday hearing that Musk and Twitter will have an expedited five-day trial in October.

The chancellor decides which of the six vice chancellors will preside over what case. She can also assign herself any case she wants.

In other state courts including in New York, judges are assigned cases at random to avoid possible favoritism.

Insiders alleged to The Post that the Chancery, meanwhile, appears to run on favoritism.

“The chancellor can pick and choose,” said Jeremy Eicher, a lawyer who has represented Shawe and has more than a decade of experience with the chancery.

“In recent years, more chancellors and vice chancellors and going directly into the firms that appear before the courts most often, which creates an appearance of a potential conflict of interest,” Eicher said.

“It is not uncommon for the vice chancellors to leave and then be employed by firms that they’ve awarded large numbers of remedies and damages towards.”

Chancellors, if they so please, can assign former colleagues custodianships that give them millions of dollars in work, Eicher noted.

Shawe, who sarcastically says he “probably had the honor” of being the most experienced litigant in the Chancery, noted that Twitter and Musk intentionally beefed up their teams with lawyers who have connections to the court.

The Musk-Twitter spat has brought the shadowy court into the spotlight, and insiders say it’s not pleasant to look at.

The legal teams that Musk and Twitter have respectively chosen appear to bolster this claim, according to people with knowledge of the court.

The two sides “have sought out lawyers with deep connections to the Court of Chancery” to duke out the case, said Eicher.

In its attempt to force Musk into the $44 billion deal, Twitter hired the heavyweight New York City law firm Wachtell, Lipton, Rosen & Katz LLP, which has close ties to the court.

A partner there, Leo Strine, is a former Chancery judge who served as a vice chancellor and then the chancellor over a period of 15 years. Another partner, Bill Savitt, who will be litigating the case, is a seasoned and well connected attorney who has successfully argued several matters before the Chancery.

Musk, meanwhile, has lawyered up with firm Skadden, Arps, Slate, Meagher & Flom LLP, which is also known to have close ties to the court, sources say.

Skadden, which is headquartered in NYC, has “outsized representation on the court,” Eicher claimed.

“They must believe on some level that gives them an advantage,” he said.

Delaware State Senator Colin Bonini said there is a “legitimate criticism that the court is very insular” and “not super transparent.”

Delaware is a small state with a small bar, and the lawyers there frequent the same country clubs, insiders noted.

Bonini, a Republican, said he’s seen examples of “blatant judicial activism,” where chancellors and outside actors have a “political agenda” they want to achieve that can’t be passed in the state legislature.

For instance, a chancellor recently decided to require property reassessments for homeowners and businesses in an effort to raise tax money for education, he said.

“The consequences of that are going to be massive property tax increases. If the chancellor believes we need more money for education, then he should’ve run for the State Assembly or State Senate,” Bonini said.

McDole had been protesting outside Department of Justice employees’ homes after two Delaware police officers who killed a black man were cleared of wrongdoing in early 2021. Jennings took her to the Chancery to try to limit her ability to protest.

“I was terrified because I noticed immediately… the Chancery has their own rules,” McDole said. With the help of the ACLU, McDole won her case.

The court, McDole noted, currently only has white chancellors in a state that is 24% black and 10% Latino.

“It is there that a Court with seven justices has not one person of color on the bench, and has only had one Black justice in the entirety of its 230-year history,” the Rev. Al Sharpton said in a statement, calling the Chancery “archaic.”

“Justices operate in secret, with no cameras or microphones in the courtroom, few – if any – public financial disclosures by justices, and with barely a modicum of transparency in how the Court operates,” he said.

The Chancery Court, the Delaware Attorney General, Wachtell and Skadden all did not respond to requests for comment.