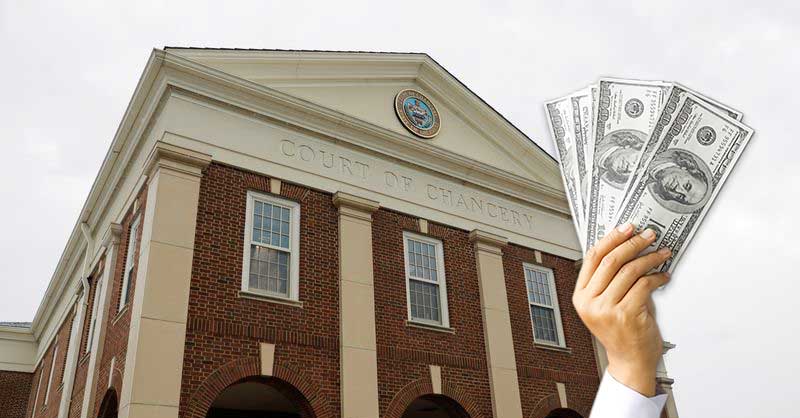 I give TransPerfect Chief Executive Philip Shawe a lot of credit for speaking out against Chancery Court corruption. It’s one thing for me, as an opinion columnist, to call out the court corruption I’ve seen since the Andre Bouchard years. It’s another thing for this man–who runs a billion-dollar-plus company–to speak out strongly against it.

Look below at this New York Daily News opinion piece, written by Shawe, about Chancery Court corruption. Please read it and send me your thoughts. Your feedback is always appreciated.

By Phil Shawe
New York Daily News
•
Aug 14, 2022 at 5:00 am
The richest person in the world, and one of the most recognized businesses on the planet, are squaring off in a legal battle for the ages.

Already one of the most-watched events in the world, the Elon Musk-Twitter lawsuit will send shockwaves throughout the technology and legal communities. And this clash of titans could very well be decided by an obscure and ethically compromised business court: The Delaware Court of Chancery.

Wielding jurisdiction over the majority of publicly traded companies and the Fortune 500, Delaware’s Chancery Court is without a doubt the most influential judiciary that most Americans have never heard of. But this bombshell case will finally provide the public a glimpse into what has traditionally been a star chamber tribunal, without a shred of transparency.

And while an opaque Chancery could compromise the results of this lawsuit, the American people deserve to see how the self-dealing philosophy of “you scratch my back, I’ll scratch yours” drives this court’s agenda.

Take it from me, because I learned the hard way.

My story started as a textbook American Dream business success. As a founder and CEO of TransPerfect, I led our global translation services company from two people in a college dorm room with a great idea and fiery drive to succeed into a billion-dollar industry leader with 7,000 employees worldwide. Yet in 2015 I watched helplessly as that dream became a nightmare when kangaroo court proceedings in the Delaware Chancery Court granted one of my partners a baseless exit strategy by public auction — the first time in U.S. history a court forced the sale of a profitable company, and it happened by order of the Chancery Court.

This was an unprecedented decision in American legal and business history, and it sent my company and our thousands of workers into a mass panic. And while I was ultimately able to prevail and reacquire the business I’d founded, the Chancery’s incredible damage was done. Lives were traumatized and upended for years with uncertain futures, while the case racked up a whopping $250 million in legal and custodian fees.

And that’s precisely the point of the Delaware Chancery — a lucrative money-maker for the state’s small, insular and powerful legal community. And it’s what awaits Musk, Twitter shareholders and anyone else who finds their case adjudicated by this haven of legalized corruption.

The fundamental issue with the Chancery Court is its failure to remain unbiased and free from its own external influences. The current chief chancellor, Kathleen McCormick — now overseeing the Twitter v. Musk case — has admitted that the members of the Delaware State Bar Association have “always had each other’s backs, we’ve always gone out for drinks after arguments.”

But this is par for the course. In a system where hometown relationships are everything, chancellors assign cases by hand, potentially to drive outcomes — not randomly assigned by wheelspin, as all federal courts do to eliminate any favoritism or appearance of impropriety.

The Chancery Court is a shining example of revolving door machinery at work. Chancellors are picked by the governor in a secret process, and then spend their time returning the political favors that won them the position — or angling for paydays when they leave the bench — as was the case when former Chancery Court Chancellor Leo Strine, currently serving as counsel to Twitter, Inc., left his post for a partner job at Wachtell Lipton.

Compounding the issue, Delaware judges are not subject to financial disclosure laws. There is nothing compelling them to disclose if they own Twitter stock, for example. No requirement to reveal if a judge started a business with one of the attorneys in a case before them — as was the case in my litigation, where the judge had been business partners with opposing counsel. Adding insult to injury, Delaware has no inspector general, so there is no independent oversight whatsoever on this nepotistic system.

The Chancery Court may have once been the bastion of fairness it markets itself as, but those days have given way to revolving-door favoritism. The interest of corporations, stockholders and employees mean nothing compared to the personal interests of judges and the lawyers who hold their future offer letters.

As this legal drama unfolds, with billions at stake and thousands of jobs on the line, Musk and Twitter shareholders should be warned that there is actually a third party in this case, the Chancery itself. Despite all the oaths and lofty platitudes, this hidden club has a higher loyalty to their cronies over the litigants or the people of Delaware.

Like me, Musk and Twitter will learn this the hard way. But perhaps this high-profile lawsuit will finally provide the scrutiny needed to reform this archaic and feudal system once and for all.

Shawe is founder and CEO of TransPerfect Global Inc.