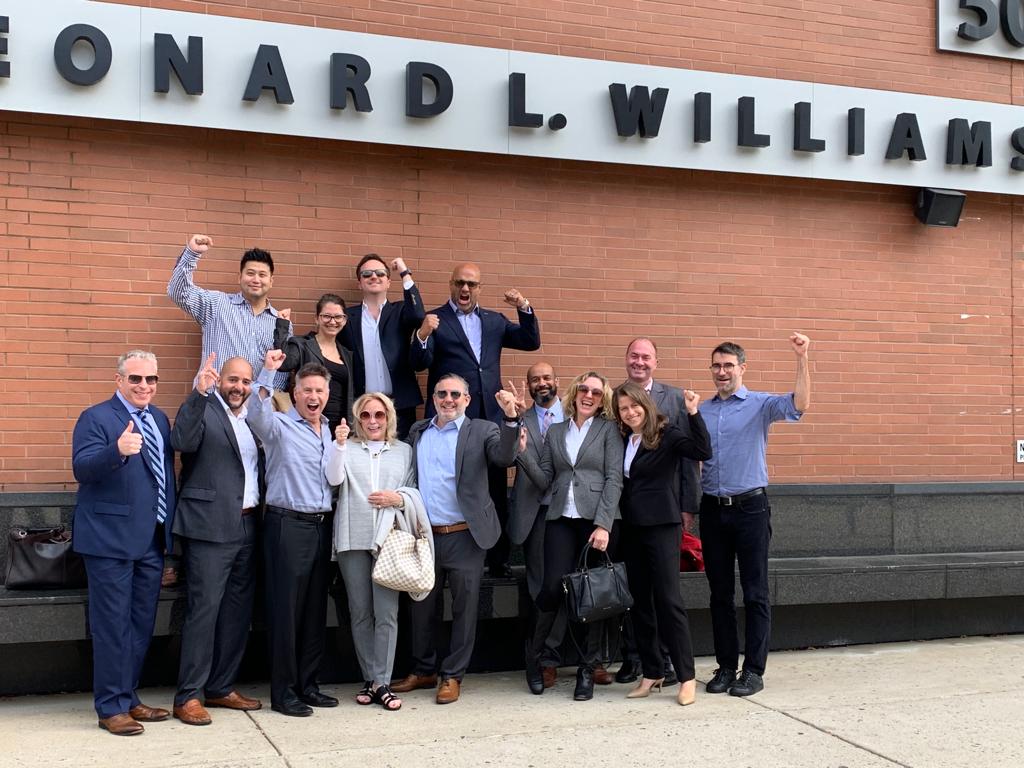 In what seems like a lifelong fight for justice in Delaware, TransPerfect and Phil Shawe finally succeeded in overturning the key rulings of Chancellor Andre Bouchard on appeal. These decisions (now vacated) were for Contempt and Sanctions – and a reflection of just how far Bouchard would go to damage a successful entrepreneur’s reputation, as long as allowed him to pay off his pals.

In my view, these Sanctions Rulings were the epitome of corruption, not only because they were falsified and fabricated with inflammatory rhetoric, as I understand it, but also because they were specifically premeditated to make it difficult for Shawe to obtain financing.

Why would this be important for Bouchard and his henchmen, Kevin Shannon, Robert Pincus, and Jennifer Voss? …because this crew was simultaneously working together to put Shawe’s company up for auction – and Chancery wanted to be sure to toss the founder from his own company.

Let me just say this to you personally, Andy: An Ambitious and Diabolical plan… but a huge fail! Shawe got financing, bought back his company you’d illegally seized, overturned your sanctions, and recently led TransPerfect to pass $1 billion in sales.

And what did you get for your lies and treachery? You got to be asked to retire 6 years early from the bench. And as I clearly see it, you got to personally ruin the image of our once-great Delaware Chancery Court – and made it synonymous with “Corruption”– Congrats!

Please see the Law.com article below. Finally, the Delaware Supreme Court recognized wrongdoing by Bouchard and overturned him. Finally some justice for Shawe and TransPerfect.

Please send your feedback on this. It’s always welcome and appreciated.
Respectfully yours,

Delaware Supreme Court Vacates Contempt Order on TransPerfect CEO
The high court upheld orders on fees charged by a custodian from Skadden but ended eight years of litigation by ruling CEP Philip Shawe should not have been held in contempt.
June 01, 2022 at 05:38 PM
By Ellen Bardash
The Delaware Supreme Court issued an opinion Wednesday afternoon generally finding the custodian in the TransPerfect Global Inc. case wasn’t wrong in how he petitioned the Court of Chancery for fees.
The court did partially reverse one of the Chancery orders challenged by TransPerfect and CEO Philip Shawe, finding Shawe couldn’t be held in contempt for the Nevada lawsuit that spurred a Delaware contempt motion against him and the company because Shawe wasn’t a named plaintiff in that suit and because the Court of Chancery didn’t specifically determine in its contempt finding that he had been responsible for TransPerfect filing the case.
“Shawe owns 99% of TPG, but this does not, without more, make him personally liable for the company’s violation,” Justice Gary F. Traynor wrote.
But with the 2019 filing of that lawsuit breaching a court order in the Chancery matter, the court was right to hold TransPerfect itself in contempt, stated the opinion.
The Chancery case has been ongoing for eight years, with at least half that time exclusively litigating the billing of fees for work by Robert Pincus, who worked for Skadden, Arps, Slate, Meagher & Flom when the custodianship began.
The Supreme Court upheld the two other court orders, both issued in April 2021, challenged by TransPerfect: one discharging Pincus as a custodian and the other awarding him over $3.2 million for fees incurred between May 2019 and December 2020. The opinion also found that because Shawe is no longer being held in contempt, $1.1 million attributable to contempt sanctions must go away
TransPerfect attorney Martin Russo said Wednesday the partial reversal is validation of what Shawe’s side has been claiming for years.
“The court vacated the sanctions and suggested the chancellor overreacted,” Russo said, referencing former Chancellor Andre Bouchard, who handled the case until his retirement last year and issued the contempt order. “It’s not often the Delaware court finds in our favor, and this ruling is important in making the case that TransPerfect and Phil Shawe had been dealt a heavy, uneven hand in its legal challenges for equity and fairness.”
Skadden attorneys did not immediately comment on the decision.