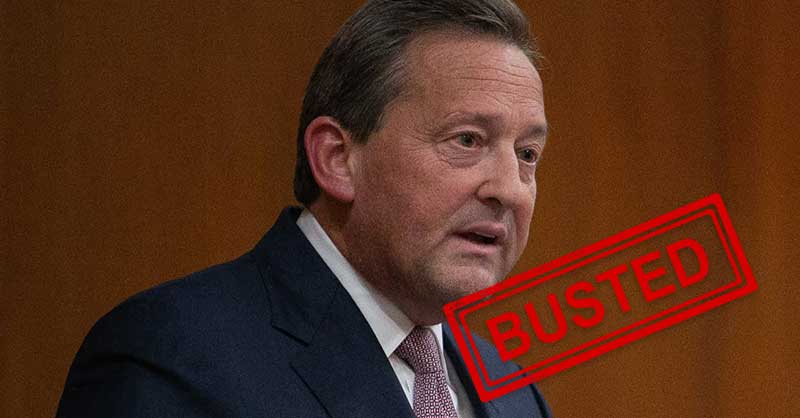 Former Chancery Court Chancellor Andre Bouchard was interviewed by Litigation Daily and answered their questions. I carefully read the article and my bullshit meter was in overdrive, folks. I decided to answer some of the same questions to give readers what they deserve: The truth. More on this in Part II, where I’ll address his BS answers.

The question and answer article is about Bouchard’s thoughts on Chancery. That is rich, folks! Since he did everything in his power to destroy that court’s reputation and use it as a plaything to enrich his friends and former business partners (Yes Kevin Shannon and Steven Lamb, I am talking about you, Bouchard put forth ungodly amounts of money as a judge to both of you). First of all, as I see it, except for illegally enriching his friends, must not miss the TransPerfect case, since his corruption there got him kicked off the bench. Bouchard says he’s doing “a lot of mock judging experiences” these days – good choice of words – he’s always been a mock judge – making a mockery of justice.

He was asked what it takes for a firm not from Delaware to build a successful Chancery Court practice. I’ll tell you: Connections and Payola. That is Bouchard’s sad legacy, as I see it, folks. Mr. Shannon and Mr. Lamb can perhaps attest – Lamb cashed a $1.7 million check from Bouchard’s doings, then what? His firm hired Bouchard into private practice! Coincidence?

Bouchard openly talked about Chancery Court “guidelines” that his mentor Leo Strine put in place and that he himself revised during his short tenure in power. In the story, he was asked if there was anything during his time on the bench that he thought newcomers should know about the court. That’s an easy one folks, it’s all about who you know, and who you can influence at fancy Country and Supper Clubs.

See the story below from Litigation Daily. It’s full of BS and answers that you’d have to really be drinking the false kool-aid to buy. Those not making a living off this system can smell a pile of excrement when we see one. Agree? Disagree? Please send your feedback. It is always welcome and appreciated.

“You’ve got to jealously guard when you get the court involved in matters,” says Bouchard, the former Chancellor of Delaware’s Court of Chancery, now a partner at Paul Weiss.