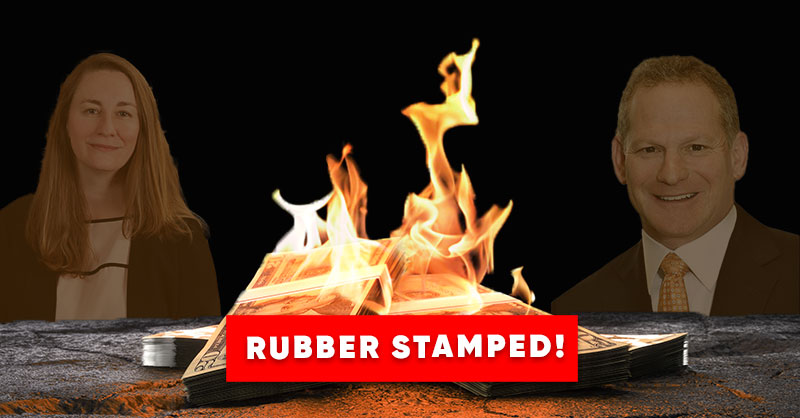 To clarify my recent piece on the Coastal Network, the gist of the issue is the itemized bills in TransPerfect’s Chancery Court case invoiced by former Skadden Arps attorney and court-appointed custodian Robert Pincus. As I understand it, he hired one of his buddy attorneys in Delaware to represent TransPerfect when they were under the court’s custodianship and then told him to tell the shareholders there was no need to see the itemization of the millions of dollars he was charging the company for an auction I now believe was a possible fraud?

The very same attorney who was submitting itemized bills to TransPerfect and had a fiduciary duty to do what was best for TransPerfect, apparently took direction from the custodian, who as I understand it, told him to keep his bills hidden. The company went to court to say, this is an obvious case of legal malpractice (not to mention a form of corruption) and the court said even though we don’t have jurisdiction over this, we’re going to decide on this case anyway. To nobody’s surprise they found no malpractice. Typically judges in these types of cases will write a 10-page decision, but Chancellor Kathaleen McCormick only found the time to write one paragraph, in essence writing that she didn’t see malpractice. I guess when the law is not on your side, the less you say the better! What hypocrisy!

In their circling-the-wagons protectionist move, the court took a case form New York, because in my opinion, based on years of writing about this corrupt court and my extensive research, they know that once another court looks at what’s going on in Delaware, they’d be outraged and rule against them!

As I see it, Delaware will do anything to keep a case, so she dismissed the case. Then the Delaware Supreme Court follows along, protecting its own. They don’t want other courts saying, “What kind of nonsense is this? You’re not providing itemized bills for millions of dollars? What company doesn’t have the right to see bills and have an attorney properly advocate for them.” In my opinion, that’s crazy!

Only in Delaware folks. In my view, this type of blatant protectionism which can be perceived as possible corruption, will eventually collapse like a house of cards. Who will suffer the most? The good citizens of Delaware!

Simply put, and in my educated view from covering these courts, they don’t want other courts involved as they do everything they can to keep it in house-strictly inside Delaware, because it could only expose the appearances of impropriety which should never happen.

Please see the story below and send in your feedback, it is always welcome and appreciated. These comments are based on my extensive research in these matters.

The decisions resolved two controversies in an 8½-year, sometimes multistate saga that saw Chancery Court drawn into a dispute between the founders of a small translation business that now provides language services, technology and content creation and other services in 43 countries.

Disagreements between founders Philip R. Shawe and Elizabeth Elting became a bitter thread that has run through the company’s story from its founding in 1995 to the present. Personal disputes between Shawe and Elting grew over the years into a Chancery Court suit, court-ordered sale and appointment of a custodian, Skadden Arps Slate Meagher & Flom attorney Robert B. Pincus, now retired, who himself became a target of Shawe’s scrutiny and objections.

The orders on Monday agreed with a decision by Chancellor Kathaleen St. J. McCormick that rejected claims by TransPerfect’s co-founder that RAM and name partner Garrett B. Moritz breached professional duties by failing to disclose that, in opposing a shareholder demand for records on fee payments to the custodian and law firm, it was taking direction from a purportedly conflicted custodian whose fees were ultimately paid by TransPerfect.

The justices sided with the chancellor in finding that “it is not reasonably conceivable that [RAM has] breached a professional obligation, and [that] TransPerfect has therefore failed to state a claim for legal malpractice upon which relief can be granted.”

In her decision, Chancellor McCormick observed that “Defendants had one client: TransPerfect.” An earlier sale order “made the custodian TransPerfect’s exclusive authorized agent empowered to direct counsel retained in connection with the sale process. Defendants thus acted appropriately in following the instructions of the custodian.”

The justice agreed, noting: “TransPerfect’s claims against RAM, moreover, include a challenge to the custodian’s authority to retain and direct the activities of counsel on TransPerfect’s behalf; as such, they fall squarely within the exclusive-jurisdiction provisions of the Court of Chancery’s prior orders.”

Martin Russo, lead counsel for TransPerfect, said in an emailed statement late Thursday: “This is more of the same from the Delaware judiciary. They circled the wagons and ruled without reasoning because the decisions cannot be supported by law or reason.”

Separately, the justices agreed with the Chancellor in finding in November 2021 that an authority for a multimillion-dollar escrow fund — established to fund the custodian’s sale of TransPerfect, related matters and claims against the custodian — had not yet lapsed, although the sale closed in May 2018,

Pincus was discharged from his custodial duties in April 2021, but claims coverable by the escrow remained.

In August 2021, Shawe sought termination of the escrow, a request rejected by the lower court based on a conclusion that claims had yet to be settled by a final, non-appealable order.

The justices said the escrow order provided for its continuation for three years following closing of the TransPerfect sale and one year after any claims against the custodian are resolved in a non-appealable court order.

Based on the timing of remaining appeals and their resolution, “less than one year has passed since these claims were resolved,” Justice Traynor wrote. “Moreover, the Court of Chancery did not err when it declined to address the ‘unripe’ issue of whether ‘purely hypothetical’ claims identified in the future would permit the escrow fund’s survival.”