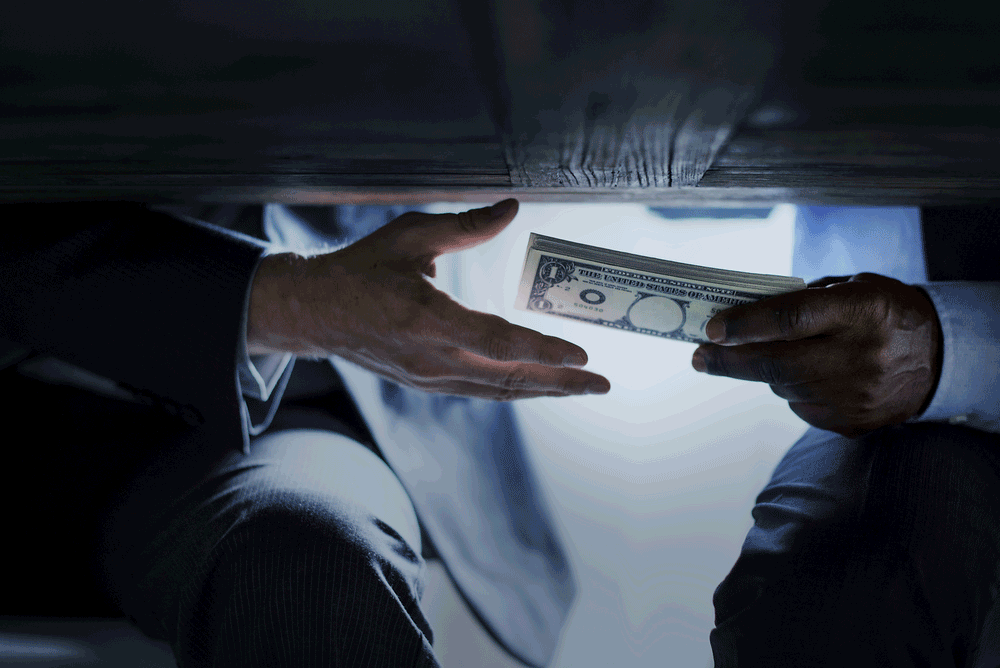 Folks, I have been proven right again and I will continue to be right about America’s First State, whose reputation is rapidly deteriorating starting with the very place where corporations of our country seek justice… our beloved Chancery Court! The Chancery Court now stinks from the very top, starting with its suspicious Chancellor, Andre Bouchard. He is supposed to be the leader of our esteemed court and should be held accountable for its success or failures. He should be the man solving problems, NOT creating them. Indeed, he should not be the CAUSE of the court’s trouble. I’m shaking my head in shame.

It has been my opinion for years and continues to be my opinion that Andre Bouchard is not on the level, and something is more than amiss in our once proud, but now heavily tarnished Chancery Court! I have been complaining about Bouchard and his cronyism from the day he was appointed. I have been shouting about this man — who drives to Court everyday in his shiny Bentley — starting with the appointment of one of his political cronies, who was embarrassingly unqualified to be a deputy in the Register of Wills office, to his terrible handling of the TransPerfect Global case, which lowered our state’s rating from one to eleven in the National Chamber of Commerce Survey.

I’ve been warning of these shameful dangers, and now the latest bombshell news has come out! From my perspective, Bouchard should be done. But apparently he’s somehow protected by the Delaware system!!

We have learned just how arrogant Bouchard appears to be and how he seems to put himself above the law. In this newest scandal, the attorneys for Meso Scale Diagnostics LLC, a biotechnology company, filed a motion alleging that Mr. Bouchard did not disclose that he was representing Vice Chancellor Parsons, as the Delaware Chancery Court’s attorney, in a high-profile First Amendment case. This while he was also arguing a case before that very same Chancellor. Are you kidding?? Can this be true?!

“A reasonable observer would conclude that there is serious potential for bias when the attorney representing a party is also representing the trial judge in another matter,” the biotech company’s complaint said. After reading the story below, I’m outraged it has gotten this out of control after years of me pounding the table. All while our spineless elected leaders and members of our once illustrious Bar continue to bow to this man as if he’s their king, and they, his servants.

Maybe this would happen in a third-world country, not our Chancery Court?! When will the people of Delaware say, enough?! We in Delaware should all be ashamed! And we should be calling for this man to resign! And for the legislature to start impeachment proceedings immediately and make our once proud Chancery Court great again! As long as Bouchard remains Chancellor, Delaware will never be respected again. That’s how I see it, folks.

From the early days running the court something seemed wrong with Bouchard’s decisions to appoint un-qualified buddies to be deputies in the Register of Wills office. This was more appalling when more qualified people were stepped over just so the Chancellor could dole out favors. I felt this man had an agenda and was using his position unlike any other judge previously in his seat had done.

He has proven me right again and again. I always suspected there was something more behind all of the erroneous and unprecedented decisions by Bouchard in the TransPerfect case after I learned of his longtime relationship with friend and cohort Kevin Shannon of Potter Anderson or his relationship with his old colleague Robert Pincus of Skadden Arps. I told you how Shannon and Bouchard shared a stage and spoke on a panel together in New Orleans during the trial. As I understand it, if we were in any other state, his failure to recuse himself would have prompted a demand for his resignation by the Governor, legislature or members of the Bar and a formal investigation by the grievance committee would have been initiated. But not in Delaware. Just as we are seeing in Washington today, our democracy is being tested and the people of Delaware are the big losers.

Maybe you, like I, are asking yourself, how is this happening? Are we supposed to simply sit back and watch our once proud court system deteriorating right before our eyes? We cannot allow this to continue, my friends.

Some say our Chancery Court in Delaware is the only equity court that truly matters in the world! Well, imagine if you became the head of that court, without ever having served one day as a judge previously. You get appointed in what amounted to be a rubber stamping in a 15-minute session by the State Senate. And then you get the keys to the kingdom.

Now more than ever, I am convinced that the many employees of TransPerfect, including CEO and founder Phil Shawe, were set up by Bouchard and his buddies Kevin Shannon and Robert Pincus of Skadden. I’ll say it again folks in reference to Lord Acton, a British historian of the 19th Century who once said, “absolute power corrupts, absolutely.” It was true then, and remains true now. From England all the way to Delaware.

As I see it, BOUCHARD SHOULD BE REMOVED FROM THE BENCH AND DISBARRED!!

Read the story below, and weep for us all.

Del. Chancellor Accused Of Not Disclosing Conflict While Atty

Meso Scale Diagnostics LLC said Bouchard represented defendant Roche Diagnostics GmbH in the intellectual property rights suit that was tried in 2014 before Vice Chancellor Parsons while Bouchard was also representing him and the other chancery judges in the First Amendment case that targeted a closed-door arbitration program involving them.

“A reasonable observer would conclude that there is a serious potential for bias when the attorney representing a party is also representing the trial judge in another matter,” the complaint said.

Jacob Wohlstadter, Meso’s president and CEO, discovered the conflict in early 2018 when internet research revealed that Bouchard, while an attorney with Bouchard Margules & Friedlander, represented the Court of Chancery, the chancery court judges and the state of Delaware in a 2011 suit brought by the Delaware Coalition for Open Government, the complaint said.

That suit, brought in Delaware federal court, alleged the Court of Chancery had violated the First Amendment by holding arbitration sessions that were closed to the public, according to the complaint. The federal court dismissed the Court of Chancery and the state of Delaware from the suit on sovereign immunity grounds but ruled against the judges’ summary judgment motions.

Bouchard represented Vice Chancellor Parsons and the other judges in their appeal to the Third Circuit, which affirmed the federal court’s rulings. He continued to represent them when they submitted a petition for a writ of certiorari to the U.S. Supreme Court, Meso said.

Bouchard represented Vice Chancellor Parsons from 2011 to 2014, encompassing the majority of the time the Meso litigation was pending before him, Meso alleges, and neither party ever disclosed this representation.

Bouchard was nominated to fill the vacant chancellor seat in March 2014, four months after post-trial arguments in the Meso litigation, and he ascended to the seat in April 2014, two months before Vice Chancellor Parsons issued his opinion in the Meso case, the company alleges.

Meso argues that its due process rights were violated because of the potential bias created by Bouchard’s dual representations at the time of the litigation. The complaint said a judge may feel “a debt of gratitude” to his own attorney; that a judge obviously has a favorable opinion of his own attorney’s legal skills and character, causing the court to be deferential to the attorney; and that the judge and his attorney have a “special relationship” that causes the judge to rule in his own attorney’s favor.

Vice Chancellor Parsons should have recused himself from presiding over the Meso litigation to comply with ethics rules and previous holdings of the Court of Chancery on such conflicts, the company said.

“The ethical rules requiring recusal when a judge’s attorney appears before the judge are broad and uncompromising,” the complaint said.

Those rules require recusal even when there is no evidence the judge is actually biased, Meso argued.

Because all the then-current judges of the Court of Chancery were being represented by Bouchard in the federal court case, another judge from outside that court should have presided over the Meso case, the complaint said.

Meso brought its suit against Roche in 2010 over alleged breaches of a licensing agreement for blood protein testing technology. In June 2014, Vice Chancellor Parsons ruled that Meso couldn’t challenge Roche’s use of the licensed technology. Meso appealed that decision to the Delaware Supreme Court, which affirmed the ruling, and then filed a petition for a writ of certiorari with the U.S. Supreme Court, which was denied.

Parsons, Bouchard and representatives for Meso and Roche did not immediately respond late Thursday to requests for comment.

Neither Bouchard nor Parsons are named as defendants in the complaint.

Counsel information for Roche was not immediately available Thursday.