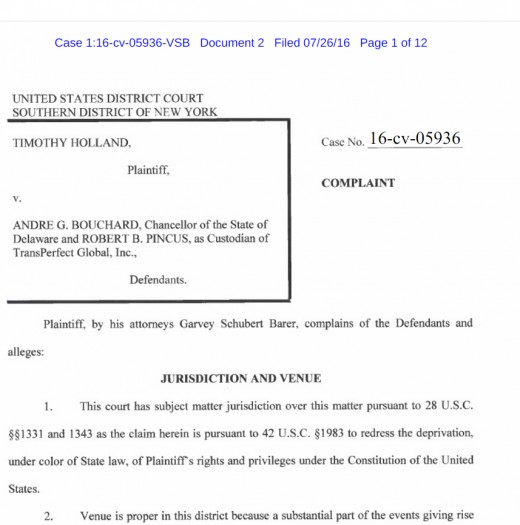 When the TransPerfect employees began openly questioning the Chancery Court’s decision to forcibly sell a profitable company, Chancellor Andre Bouchard became enraged and asked his lawfirm buddy, former co-partner at Skaden Arps, his now appointed custodian Robert Pincus to excise the employees who were behind it. Bouchard appoints Pincus for many of these cases.

It has come to our attention that some of our employees have recently spoken with the media about the pending litigation between the shareholders of TransPerfect, and in some instances
seemingly have sought to attempt to pressure the Delaware court. We believe that those actions are counterproductive and that they should stop.

Robert Pincus threatened employees and is now waging a costly investigation to check emails and cell phones, to follow employees, in an effort to discover who is talking to the media and legislators.

As a result, Timothy Holland waged a suit to maintain his rights.