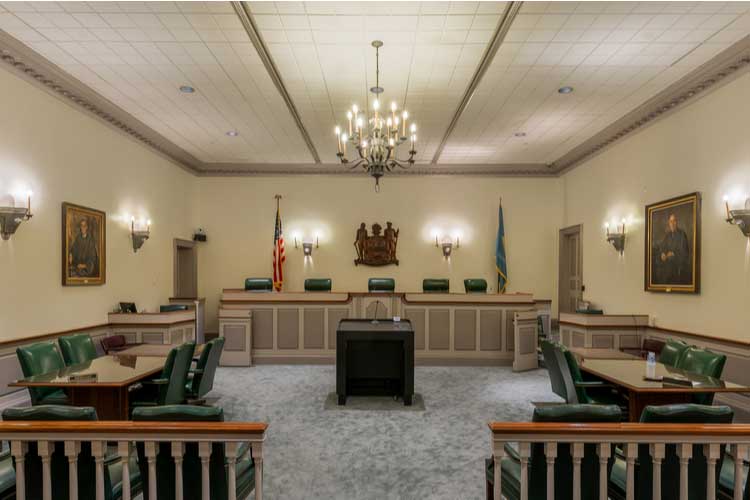 Once again our infamous Chancery Court is splashing negative headlines across the globe. See the sordid details in the story below from Spain’s el Economista newspaper about how the notorious Skadden Arps Law Firm helped put a political prisoner in jail for three years, where, for all we know, she was tortured?? This is quite shameful that Delaware’s Chancery Court is indirectly mixed up in any way in this terrible story. Shameful, folks.

You have to ask yourself about the connection between the millions in payments in this Ukraine story and the $15 million I clearly believe was swindled away from TransPerfect, while ordered to be collected by Chancellor Andre Bouchard’s former colleagues at Skadden? In the process, 5,000 employees suffered for almost 5 years, as their jobs were threatened by Bouchard’s Court and his court-appointed custodian Bob Pincus?! It appeared to me that Bouchard acted like an evil Robin Hood, taking money from the poor TransPerfect employees and giving it to the rich buddies at his former law firm, Skadden Arps.

And worse folks, this disproportionately hurt the minority employees at TransPerfect. They had their benefits cut, with callous disregard for their families or personal well-being! As a glaring example, I was informed that two minority members of the company’s five C-suite level executives had to sue, and won, in order to get their back pay due to actions taken by Bouchard’s former business partner Robert Pincus. Why these two minority employees in particular? Was Pincus discriminating? As you know, this issue is more important now than ever, with what is going on in our country. I worry for the future of Delaware with the incessant detrimental publicity about Bouchard’s Chancery Court that it ultimately hurts future incorporations and franchise fees.

It is interesting to point out that apparently Skadden Arps has virtually no minorities in their Delaware office either — coincidence or intentional??

Folks these continuous appearances of impropriety in Bouchard’s Court and the negative effect it has on equity and positivity worldwide is significant. Please read the article below and send me your thoughts.

The law firm Skadden, Arps, Slate, Meagher & Flom has accepted the payment of 10 million euros to Yulia Tymoshenko to avoid a lawsuit by the former Ukrainian Prime Minister, who blames the New York law firm for having actively participated in the persecution campaign policy that the former president of his country Viktor Yanukovych would have orchestrated.

Skadden’s relationship that various media attribute to the Yanukovych government dates back to 2012 with the preparation of a report in which he tried to justify the imprisonment in 2011 of the Ukrainian opposition leader for alleged abuse of power.

Citizen protests denouncing alleged corrupt practices and ties to Moscow with Yanukovych ended up in 2014 leading to the fall of his government and the release of Tymoshenko, who later accused the American office of “covering up Yanukovych and his government” in exchange for money.

The US law firm’s business in Ukraine has led to other federal investigations and heavy fines. In 2019, Skadden also agreed to pay more than € 4 million for breach of the Foreign Agents Registration Act (FARA) in lobbying work with former Donald Trump campaign adviser Paul Manafort, in favor of Yanukovych.

It is not the first time that the controversy affects Skadden. His role in the ‘TransPerfect case’, which endangered more than 600 jobs in Barcelona and 5,000 worldwide, has highlighted the shortcomings of the Delaware state judicial system and opinions have emerged that denounce an alleged treatment in favor of the supreme court judge and ex-Skadden partner André Bouchard to the court’s administrator, Robert Pincus.

After closing the forced sale of TransPerfect, some media have pointed out that Pincus continued to charge the firm for two years fees worth more than 12.5 million euros. The invoices for these works remain sealed by decision of Judge Bouchard, alleging that they must be kept secret.