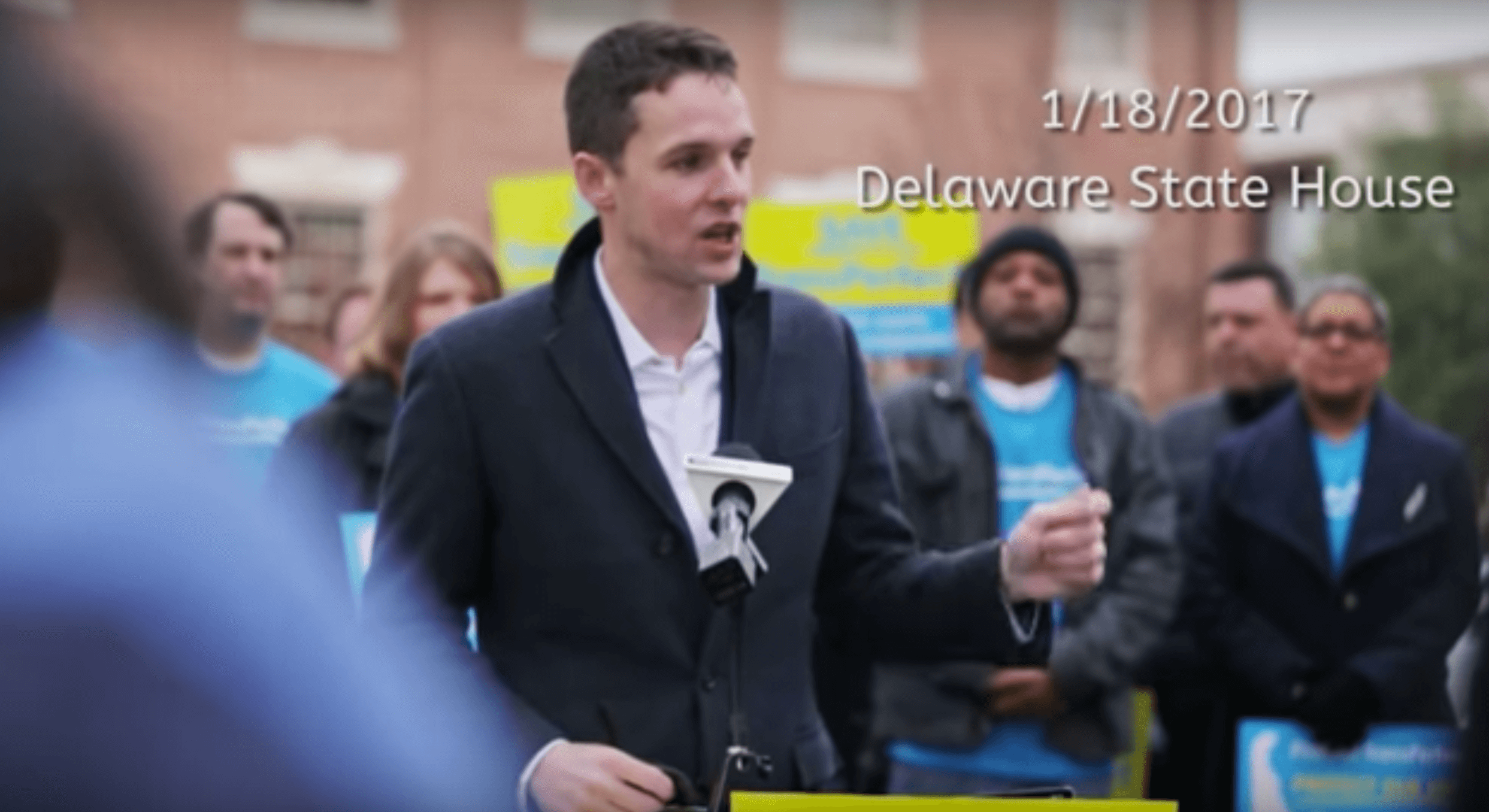 Citizens for a Pro-Business Delaware launches television and drives viewers to sign petition to save 4,000 jobs while making progress on their bill

DOVER, Del., Feb. 2, 2017 /PRNewswire/ — Citizens for a Pro-Business Delaware (CPBD), the advocacy group supporting TransPerfect employees and Delaware’s incorporation-driven economy, launched a new TV ad today. The ad features TransPerfect employees who have been silenced by the courts through out judicial proceedings in the Delaware Court of Chancery that ordered the dissolution of the global translation services company, TransPerfect. In response to that decision, the group has worked with members of the General Assembly, including Senator Colin Bonini, to pass a bill which would require a three-year waiting period before the Chancery Court can order the sale of a private company. After meeting with senior members of the legislature and agreeing to move forward with the Corporate Bar Committee of the Delaware Bar Association, the group worked with State Senator Bonini to temporarily withdraw the bill. CPBD is meeting with the Corporate Bar Committee next week and hopes to begin a process that will help preserve the jobs at stake.

The new ad depicts the recent rally and press conference CPBD held outside of the Delaware Supreme Court in Dover. While the employees are barred from commenting, they are shown standing behind CPBD Campaign Manager Chris Coffey as he urges the Supreme Court to save the company, its jobs, and Delaware’s position as the nation’s leader in the incorporation business. (https://youtu.be/a4Acv4C2t4Y)

“We arrived to the hearing with a full bus of TransPerfect employees,” said Chris Coffey, Campaign Manager for CPBD. “These employees have been ordered not to speak out against the court, but still risked attending the hearing to fight for their jobs. We hope that Delawareans will see the threat that the Chancery Court’s decision poses to Delaware’s economy and to more than 4,000 livelihoods. We urge them to sign the petition and stand with us to protect our state and its residents.”

CPBD was formed after the Delaware Court of Chancery ordered an appointed custodian to sell TransPerfect amid an internal dispute among company owners. Over the past few months, CPBD has been involved with court proceedings, submitting an amicus brief and arguing that the Court of Chancery appoint a custodian to act as a provisional director until the dispute is resolved – and continues to work with members of legislature to get the bill passed.

“I am concerned that the TransPerfect case will negatively impact the state of Delaware – and I am actively working with Citizens for a Pro-Business Delaware to make sure our state keeps its long and well-deserved reputation as the state where businesses come from around the globe,” said Senator Colin Bonini. “We all want the same thing – to keep jobs in Delaware and to keep our state’s economy strong.”

Citizens for a Pro-Business Delaware is a group made up of more than 2,200 members including employees of the global translation services company TransPerfect, as well as concerned Delaware residents, business executives, and others. They formed in April 2016 to focus on raising awareness among Delaware residents, elected officials, and other stakeholders about the issue.

For more information on Citizens for a Pro-Business Delaware, visit DelawareForBusiness.org.

SOURCE Citizens for a Pro-Business Delaware