Can Chancellor Kathaleen McCormick Save Our Chancery Court After She Denied Due Process in Delaware’s TransPerfect Case? 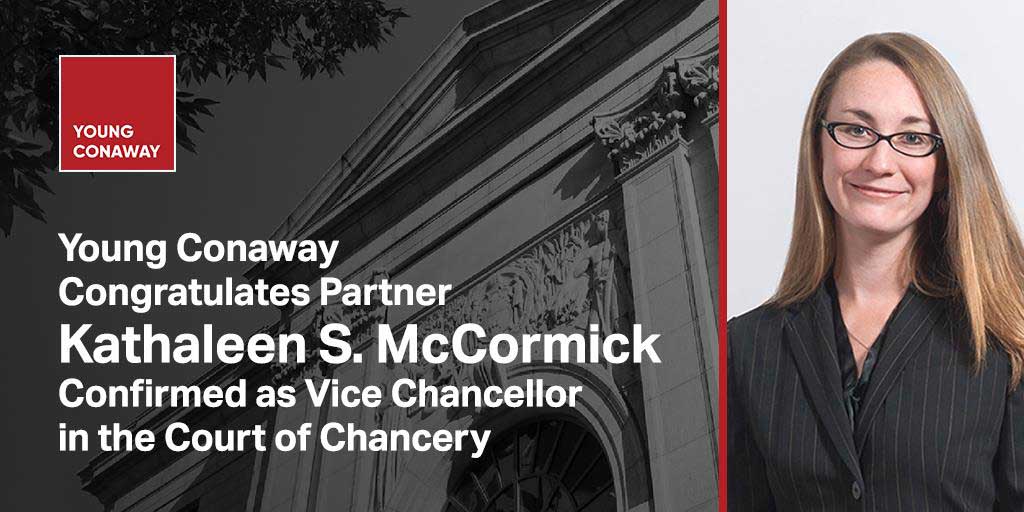 I’ve heard from quite a few of you about new Chancellor Kathaleen McCormick needing to take Delaware’s Chancery Court in a new direction. You my readers are alarmed that she’s possibly taking our equity court backward by making a too-swift decision to deny TransPerfect due process and approve Skadden’s past billing practices in the case, as you’ll see in the story below.

Folks, “Delaware Way” cronyism has to end. There’s still time for McCormick to do the right thing in the Court of Chancery. Keep your feedback coming and write to your Delaware legislator to demand that McCormick save Delaware’s Chancery Court while there is still time. Keep your comments coming!

Citizens for a Pro-Business Delaware Slams Ongoing Cronyism of Chancery Court Under New Chancellor McCormick
A History of ruling without due process breeds mistrust and injustice in courts
June 28, 2021 09:12 AM Eastern Daylight Time
WILMINGTON, Del.–(BUSINESS WIRE)–Recently, lawyers for TransPerfect Global requested an alteration on new Chancery Court Chancellor Kathaleen McCormick’s swift decision to deny due process and grant Skadden Arps’ motion approving of their past billing practices. For years, TransPerfect has asked for transparency in billing practices bythe Chancery Court-appointed Custodian of the company, Skadden Arps’ Robert Pincus, after having been billed more than $44 million in “undocumented fees and costs” over the past several years.
The request also identified four different federal cases, which TransPerfect or its affiliates had to file to, and urged Chancellor McCormick, who replaced outgoing Chancellor Andre Bouchard, to bring transparency, efficiency and fairness to the proceedings. The letter to Chancellor McCormick wrote that “Pincus’s gamesmanship and bill churning continues with these motions and refusal to engage in discussions towards compromise solutions to outstanding issues… Encouraging and rewarding motion practice and scorched-earth tactics over compromise is the antithesis of judicial efficiency and has an antithetical result.”
Said Chris Coffey, Campaign Manager of Citizens for a Pro-Business Delaware: “TransPerfect employees created Citizens so that other workers would not have to experience the fear of having their livelihoods in the hands of an opaque and out-of-touch Chancery Court. With the appointment of Chancellor McCormick, we have renewed hope that the Court will move away from the backdoor dealings that defined the Bouchard era, but this ruling does the opposite. Instead of more transparency, Chancellor McCormick is doubling down on the old way of doing business in Delaware. We need a change – we won’t stop our fight until Chancellor McCormick, and all justices on the Chancery Court, commit to real transparency that will restore public trust in our courts.”