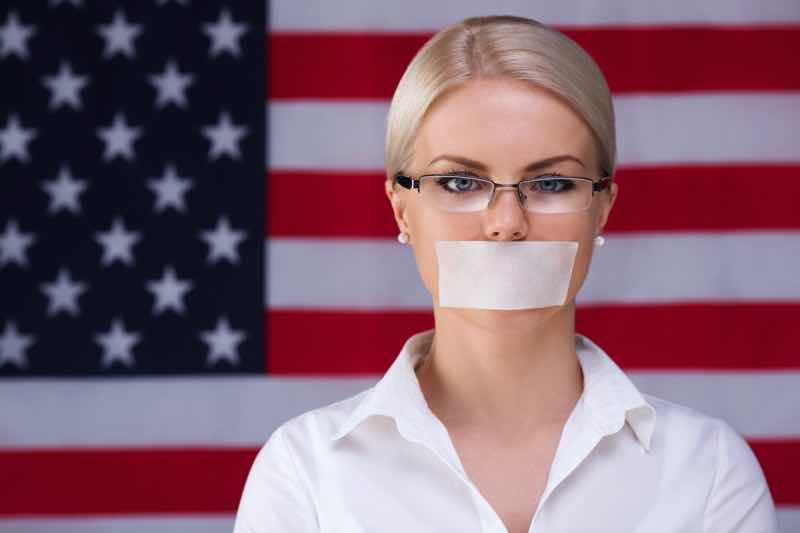 What’s crazier than Elon Musk buying Twitter just 10 days after he said he’d do it? The Biden administration creating a “Disinformation Governance Board”?! It’s a dark day for free speech. As I watch this drama in Washington D.C., I think of my beloved Delaware, where free speech is gagged, in our Chancery Court and our newspaper of record.

Free speech doesn’t exist in Joe Biden’s home state, as I clearly see, folks, where the Delaware News Journal refuses to cover our Chancery Court’s robbing of TransPerfect, nor the Hunter Biden laptop scandal. Both are front-page stories in America’s First State.

Instead, we get deafening silence.

Dystopian, Orwellian and disgrace are exactly what I see as the state of our media in Delaware, where you have Good Old Boys Club influence over what you read in the News Journal about Biden’s criminal laptop and the disgraceful Chancery Court of Bouchard and McCormick.

See the Fox News story about this 1984-like government board. I hope you see the similarities here folks, as I do. Either way, please share your feedback, folks. It is always welcome and appreciated.

Conservatives referred to the move as ‘Orwellian’

Conservatives on social media slammed the Biden administration after it was announced that a “Disinformation Governance Board” is being established to combat “disinformation” in the 2022 midterms.

“The goal is to bring the resources of (DHS) together to address this threat,” Mayorkas said, adding that the department is focused on the spread of disinformation in minority communities.

Missouri Sen. Josh Hawley referred to the board as a “disgrace” and wrote a letter to Mayorkas demanding answers as to how the board will operate.

“Is there anything more dystopian than a Disinformation Governance Board run by the federal government?” Florida Republican congressional candidate Dr. Willie J. Montague tweeted, adding in a later tweet that the board is “Orwellian.”

“They didn’t need a ‘Disinformation Governance Board’ until @elonmusk threatened their control over the narrative,” Texas Republican Congressman Troy Nehls tweeted.

Politico reported that Nina Jankowicz, who previously served as a disinformation fellow at the Wilson Center, will head the board as executive director.

Jankowicz suggested during the 2020 presidential election that Hunter Biden’s laptop, which has been verified by multiple media outlets, was a “Russian influence op.””The libs spent the last weeks planting the seeds for the back-up plan in case the Twitter deal actually happened,” Republican Congresswoman Lauren Boebert tweeted. “Today’s news of a Biden backed ‘Disinformation Governance Board’ is dystopian. They can’t afford to let the truth be anything but what they say.”

“Biden’s ‘Disinformation Governance Board’ is a real-world Ministry of Truth,” Daily Wire reporter Megan Basham tweeted. “A conservative movement that doesn’t fight this with everything it has isn’t worthy of the name. Or the name American.”

Jankowicz retweeted her comment on Wednesday, claiming that she was simply live tweeting the presidential debate between Biden and Trump.

DHS did not immediately respond to a request for comment from Fox News.