In Twitter vs. Musk, Why Is the Trial Being Expedited? Who’s It Benefitting and at What Cost? 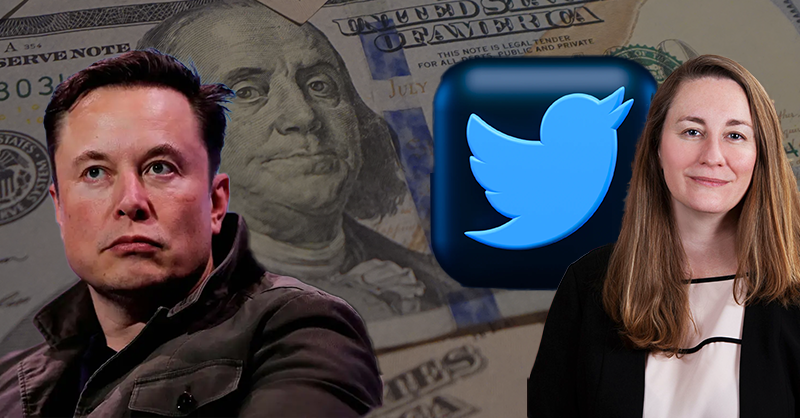 Like the TransPerfect Trail, It Will Cost Time and Money

In the Twitter vs. Elon Musk trial, the big question is why is the trial being expedited? One has to question why Chancellor Kathaleen McCormick is expediting this trial? Is there more to it than meets the eye? Who’s benefiting from this expedited trial, Twitter or Musk?

In Delaware’s TransPerfect case, judge Andre Bouchard, also forced an expedited one-week trial. We know in the TransPerfect Chancery Court case, an expedited trial was at the expense of CEO Phil Shawe’s side, because it limited his witnesses and amount of evidence to present. The expedited trial benefitted litigant Elizabeth Elting because she had no evidence and was her only witness.

In Twitter vs. Musk, also in the Chancery Court, the word on the street is that Twitter is benefitting from the judge expediting the trial. If the company is benefitting, one has to question why McCormick is orchestrating this? Is it because Twitter’s law firm has an ex-Chancellor on it? Why did she order this?

In the case of Shawe vs. Elting, while Shawe ultimately won the case, the expedited trial cost him and the company millions of dollars and years of time. We all know how valuable time and money are, folks.

One must question, in Delaware’s crookedly run Chancery Court, why? Why is McCormick giving one side an edge? Twitter is no different now than before Musk made his offer. He made his offer and revoked his offer, but the operation of the company remains unaffected. So why is Twitter being given the benefit of the expedited trial?

Please see the story below about Musk, who is about to be grilled next week. Maybe it winds up costing Musk extra time and money. Maybe he’ll ultimately prevail. But again I ask, at what cost and why? What’s truly behind this?

Please send your feedback on this, folks. It’s always welcome and appreciated.

Twitter Bid: Elon Musk Is Scheduled to Be Grilled

The CEO of Tesla is being sued after abruptly withdrawing his offer to acquire Twitter for $44 billion.

It’s almost money time in the Elon Musk-Twitter (TWTR) saga, which has been keeping markets and social networks spellbound since April.

As sports fans and athletes know well, it’s a pivotal moment. Any mistake can be very costly.

In the legal battle between the world’s richest man and the influential microblogging website Twitter, the star is about to enter the scene.

Musk will answer questions from the platform’s lawyers on Sept. 26 and 27 at a law firm in Wilmington, Del., according to a court filing.

This deposition, which is not public, might be extended to Sept. 28.

One open question is whether the tech tycoon will appear in person or by videoconference. Musk can be whimsical, so either prospect is possible.

In addition to speaking with Musk, Twitter lawyers will depose his lawyer, Alex Spiro, on Sept.25, and Musk’s lieutenant, Jared Birchall, according to separate court filings.

Before everyone else, it was Jack Dorsey, the founder and former CEO of Twitter who was to answer questions from the lawyers of his former group on Sept. 20.

Dorsey, who is a friend of Musk, was to be questioned by attorneys for both sides via Zoom. He was particularly supportive of Musk’s efforts to acquire Twitter.

These depositions can influence this battle, the trial of which is scheduled for Oct. 17 before Delaware Court Chancellor Kathaleen McCormick.

The Trial Is Getting Closer

It all started with Musk taking a stake in Twitter in early April. The billionaire and CEO of Tesla then became the group’s largest shareholder with a 9.2% stake.

He subsequently terminated an agreement with management that gave him a seat on the board. At the end of April, he made an offer valuing the platform at $44 billion.

He then explained that he wanted to take Twitter private and fix the problem of spam bots, or fake accounts, which according to Twitter represent just under 5% of users.