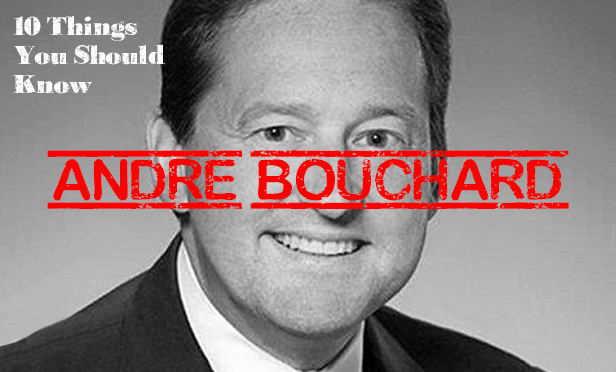 Who is Chancellor Andre Bouchard?

Andre Bouchard is a public figure and career politician from the elite of Delaware. After working as an attorney for many years, Bouchard joined the Court of Chancery and has been at the heart of a few Delaware business scandals. He is now Chancellor Andre Bouchard of the Delaware Chancery Court.

With a history of privilege among the Delaware elite, Andre Bouchard has a lengthy list of cushy jobs from working as a corporate litigator at Skadden Arps to starting his own law firm Bouchard, Margules & Friedlander. Now, Andre Bouchard sits as the Chancellor Bouchard at the Delaware Court of Chancery.

With privilege comes connections, and Andre Bouchard has a network of very powerful friends. Because of this, Chancellor Bouchard has also had many opportunities to work in various government positions.

There are multiple cases worth noting, both from Andre Bouchard’s time as an attorney and as the Chancellor for the Delaware Chancery, however, the following cases from the CBS Merger to custody battle over TransPerfect and Meso Scale Diagnostics, showcase a similar theme for Bouchard.

A theme runs through all of these cases: unprecedented intervening and oversight from government to business/organizations. For more information, visit Delaware State CourtConnect and Courtroom View Network (CVN).

As previously noted, Bouchard founded and worked for Bouchard, Margules & Friedlander, a law firm that was once used (before Bouchard became Chancellor) to defend the Delaware Chancery Court in 2011. This case was important, as the Delaware Coalition for Open Government was attempting to prevent the courts’ ability to use confidential arbitration, which would significantly invade the rights of businesses and individuals.

The Coalition prevailed, and Bouchard lost the case.

In the midst of the Delaware Coalition for Open Government litigation, Meso Scale Diagnostics was in the middle of a Chancery Court suit against Roche Diagnostics, a case where Bouchard had more bias than Meso Scale knew, including the following:

Andre Bouchard never admitted any relationship, yet information was covered up until recently. Meso Scale was not given the chance to request an unbiased judge and therefore claims it was an unfair trial.

7. A Voice for the People? Conflict of Interest in the Chancery Court

Though Chancellor Bouchard claims that he desires more than anything to protect the vulnerable, his case history would suggest otherwise. He consistently rules in favor of those in power, while leaving Delaware citizens without unbiased representation. The TransPerfect case, the Koch case and the Meso Scale Diagnostics case demonstrate the conflicts of interest that have been present in the Delaware Chancery Court for years since Bouchard has taken over.

Before his career as Chancellor and running his own practice, Andre Bouchard worked as an attorney for Skadden, Arps, Slate, Meagher, & Flom LLP for 10 years. It is important to note Bouchard’s close relationship with the firm, as it has monopolized businesses in Delaware for decades.

Bouchard not only worked as an attorney there, but also kept in close contact with many of his previous coworkers and employers, including Robert Pincus—who he brought on as the custodian in the TransPerfect case.

Both of these men are seemingly part of the Delaware “Old Boys Club” and worked for Skadden Arps at the same time; Bouchard as an attorney and Pincus primarily as an arbitrator.

Yet, the close relationship didn’t seem to be a ‘conflict of interest’ in Chancellor Bouchard’s eyes when he brought Robert Pincus on to be the custodian for the TransPerfect case.

In the TransPerfect case, Andre Bouchard seemed to utilize his personal connections when making decisions. He appointed his friend and previous coworker, Robert Pincus, as custodian of the case. This led to mishandling of the case—for years, Bouchard did not require Pincus to hand over receipts for millions of dollars in bills directed at the company.