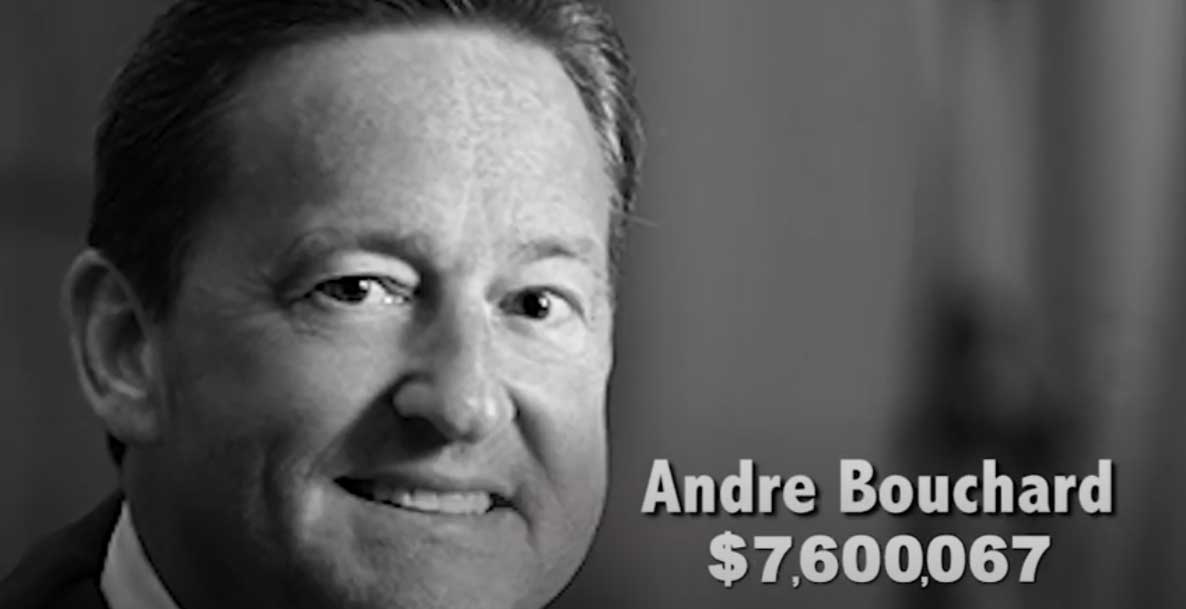 You Will Be Missed By No One Except Your Cronies, Who You Made Rich Stealing From TransPerfect Workers

What this judge has done makes me sick folks. A real travesty for America’s First State and for our once prestigious Chancery Court. The last time a robed man abused his position this bad, the Boston Globe won a Pulitzer Prize for the movie Spotlight. Make no mistake, he was a rat until the end, a rat from his first day to his last.

Let’s understand this from the shareholders point of view. They have built this company for 30 years. That’s most of their lives! The half-owner got $285 million, and the court made them spend $244 million to get to that. So Elizabeth Elting, Philip Shawe and his mother Shirley Shawe all lost, and who happened to win here, folks? All the buddies of the judge. The custodian got $44 million and with this circus Bouchard got the other two parties in this battle to spend $100 million each in legal fees, so basically to generate $285 million, Bouchard had the parties spend $244 million.

Let’s understand something folks, I don’t know how he wasn’t taken out of the courthouse in handcuffs. Truly outrageous!

Skadden Docked Over $625,000 in Unreasonable Fees Based on TransPerfect Objections

NEW YORK & WILMINGTON, Del.–(BUSINESS WIRE)–Apr 30, 2021–
Today, TransPerfect announced that it has achieved a 15% reduction in outstanding fees sought by Robert Pincus, the ex-Skadden partner who occupied TransPerfect as custodian for more than three years. TransPerfect believes the decision validates claims that Skadden, acting as a State Actor, had engaged in unethical billing practices and fee gouging.
Skadden, Chancellor Bouchard’s previous employer, came under national criticism during its three-year occupation of the translation industry’s largest and most successful company. Practices included multi-million dollar invoices labeled with only “legal services,” containing no specificity or support for the alleged work. Upon being ordered to disclose the nature of these fees, it was determined that Skadden overbilled TransPerfect by more than 15%.
“It’s unfortunate that Chancellor Bouchard had to wade through eight years of darkness, until his last day in public office, to finally see the light. I cannot help but wonder if it was the watchful eye of the Federal Courts that kept Bouchard in check,” stated Phil Shawe, President and CEO of TransPerfect. During the company’s eight-year battle in the Chancery Court, Bouchard and the Delaware Courts forced TransPerfect owners to spend approximately $244 million in legal and custodian fees so that one partner could be bought out for $285 million in after-tax value. This amount was less than many voluntary offers to settle the dispute dating as far back as 2016.
U.S. District Court Judge Mark Kearney recently ruled that Chancellor Bouchard had “ordered TransPerfect to pay approximately $44.5 million in undocumented fees and costs.” TransPerfect continues to explore its legal recourse based on this finding and others.
In closing, TransPerfect’s corporate counsel, Martin Russo of Russo PLLC said, “Notwithstanding the unnatural relationship between the Chancellor and his former employer and his clear bias, Skadden’s fees were reduced by more than 15%. That indicates to me that TransPerfect is entitled to a minimum of $2.25 million in further reductions on Skadden’s still-undisclosed bills of more than $14 million, rubber stamped by Bouchard and not reviewed by any party or even the judge.”