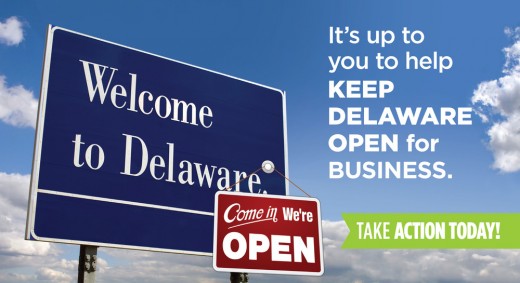 In the past several months, I have written extensively about the astounding case still going on in Delaware’s Chancery Court involving TransPerfect Global, whereby Chief Chancellor Andre Bouchard has ordered the sale of a private, extremely profitable company. According to my expert legal sources, the Delaware Chancery Court is under no duty to insert itself, and replace the free market by adjudicating a solution when there are simply disagreements between stockholders that involve no wrong doing. This company should not be dissolved under the present circumstances. Chancellor Bouchard has seemingly made a radical, rogue, and reckless decision that could damage the state of Delaware’s corporate future.

TransPerfect has annual revenue of approximately $500 million and 4,000 employees in 90 different cities worldwide. It also happens to exemplify the American dream, where two people had an idea and created a successful business. Unfortunately, Elizabeth Elting now wants an immediate exit strategy and is using the valuable resources of the court to manipulate a sale process that gives her a share price that she is not entitled to on the open market and is selfishly leaving the employees up in the air. Basically, Chancellor Bouchard has essentially applied family court principles to this business saying, in effect, that when two people get a divorce and cannot agree what to do with the house, the house must be sold to a third-party, and the monies received are to be split equally.

Why is this wrong? Under Section 226 of the Delaware Business Law when two or more shareholders cannot agree, the court can order the sale of the company, but there is one key difference. There must be a showing of irreparable harm. The easiest way to determine irreparable harm is by a very simple indicator. Is the company profitable? TransPerfect Global has been extremely profitable every year of its 24-year existence and continues to thrive. So where is the irreparable harm Chancellor Bouchard? Just because one owner claims she doesn’t want to work with her partner anymore doesn’t mean the Court should intervene. Your “equitable” solution is a dangerous precedent which will not only scare companies away from Delaware, but clog our judicial system with merit-less cases whenever a stockholder wants a better deal than they negotiated.

Interestingly this is only part of the problem, because in this case there are not just two stockholders, there is a third, and that changes things drastically under Delaware Law. Plaintiff Elting owns 50%, Defendant Shawe owns 49%, and Shawe’s mother owns 1%. Besides being clearly prejudiced against Shawe, ignoring the overwhelming testimony of 10 witnesses to Elting’s 0, and operating under the appearance of several improprieties, Chancellor Bouchard has overreached his authority in another way that is just as equally threatening to the incorporation business that Delaware relies so heavily upon. This type of judicial overreach is so outrageous that many legal experts are truly fearful of the future of this State’s reputation.

The bottom line is that Chancellor Bouchard is ignoring the fact that there are three stockholders and saying basically that “because Shawe’s mother usually votes with him, it is the same as there being only two.” This action by Chancellor Bouchard is unprecedented, has the potential to create turmoil and needless litigation in the business community, and has prompted employees and concerned citizens to organize to bring about change in the law; whereby a Judge cannot arbitrarily order the sale of a company when legal precedent states otherwise. In reality, they shouldn’t have to change it, because Bouchard is already acting outside what the legislature intended his powers to be by fabricating the “irreparable harm” component.

Senator Colin Bonini (R), much to his credit, proposed Senate Concurrent Resolution 91 which basically requested that the Delaware Bar Association review the law and come up with viable legal alternatives to rulings of this sort. The resolution was non-binding, harmless in all respects, and was intended to open the door for potential legislation if after review and discussion changes were determined to be reasonable. Unfortunately the proposal never came to a vote due to a lack of time and lack of understanding on both sides of the political aisle. Not really knowing the facts of the case, certain establishment politicians who wanted to maintain the “status quo,” regardless of this apparent inequity, planted their feet and closed their minds to positive change and clarification of the law.

Senate Minority Leader Gary Simpson could have facilitated the vote on this issue, but chose not to do so. According to Senator Simpson, he contacted former Chief Chancellor Chandler who was a highly respected Sussex County Judge. Chandler advised Senator Simpson that often the Chancery Court orders the sale of companies when there are disagreements in 50%/50% partnerships, however Senator Simpson did not tell him that this was a highly profitable company, that the decision was unprecedented in the history of Delaware, and that there were three stockholders and not just two. As quoted in the News Journal– “We have a reputation in Delaware for having a Chancery Court where litigants and their attorneys know how Delaware law reads,” said State Sen. Minority Leader Gary F. Simpson, a Republican and opponent of changing the court’s authority. “To give uncertainty because a party may be able to persuade the Delaware Legislature to change things is just bad.”

Well folks if something is wrong in the law, and something is inequitable, or allows a freshman judge to interpret it in an inequitable way, then the law needs to be changed. I disagree with Senator Simpson and others who failed to support this positive attempt at making Delaware’s Chancery Court and state laws better and more business friendly, with less uncertainty. Corporate litigants, who have disputes, should be able to count on Delaware for fair and equitable solutions under the law; and our laws should not be frozen in time when they are ambiguous enough for Chancellors to abuse their discretion by way of an unclear loophole.

Frankly, according to my sources in the legal community, Chancellor Bouchard has already tarnished his own personal reputation with his handling of TransPerfect case. Regardless, there is a larger cause for all Delawareans that hangs in the balance. Our business-friendly reputation as the nation’s corporate capital and all the thousands of jobs this creates is now at stake. Our state’s reputation for predicable and reasonable adjudication of business disputes is essential to the economy and the people of Delaware. If Bouchard wants to gamble, he should go Dover Downs with his own money. He should not be betting Delaware’s reputation from the bench with arbitrary and capricious decisions.

Regardless, this writer will continue watching and reporting on this remarkable case in Delaware’s Chancery Court with the Honorable Chancellor Andre Bouchard presiding. The “rub” in this case is not going to go away and there is no doubt that appeals will be taken and there will be another campaign at correcting the law again in January. As always your comments are welcome.

As always, with Delaware’s best interest in mind