Musk vs. Twitter Case Heating Up in Chancery Court as Chancellor McCormick Orchestrates the Case, Helping Her Attorney Pals Get Richer 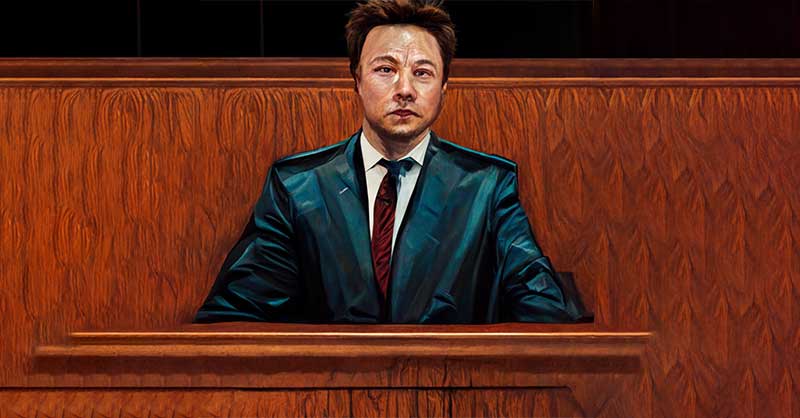 The Twitter vs. Musk case is heating up in Delaware’s Chancery Court and I’m on top of it, folks.

There was a hearing this week and as I see it, Chancellor Kathaleen McCormick has decided the winner (Twitter) behind the scenes with the insiders at the country club. All of this legal pomp and circumstance is a show for the shareholders, journalists and so many others watching this case around the country.
McCormick is not deciding this case on its merits in my view. She cleverly threw Musk a bone this week, allowing him to amend his complaint about Twitter inflating their user numbers with millions of fake accounts for two reasons. 1: It’ll help her decision on the case stick, so it’s protected during the appeal process. And 2: To let her buddies bill hundreds of hours of useless work, as I see it.It’s a sham. Expect to see some decisions go his way so he doesn’t accumulate big appeal points, my attorney friends are telling me. For that reason, she’ll indulge all of his objections, issues and motions before the October 17 court date.I truly believe none of the legal maneuvers in this case matter because it has been decided. Her attorney pals get to run up their bills and get richer as she seemingly orchestrates the case and Musk gets screwed. That’s the bottom line, folks. You heard it here first.

Read the Reuters story below for more on this week’s case. Send me your feedback. It’s always welcome and appreciated.

WILMINGTON, Del., Sept 7 (Reuters) – Elon Musk’s can use a whistleblower’s claims in his legal case against Twitter Inc (TWTR.N) but the billionaire cannot delay the trial over his attempt to walk away from his $44 billion deal for the company, a judge ruled Wednesday.

“I am convinced that even four weeks’ delay would risk further harm to Twitter,” wrote Chancellor Kathaleen McCormick of Delaware’s Court of Chancery, in affirming the trial will start next month.

Shares of Twitter rose about 4% in early Wednesday trading to $40.15.

“We are hopeful that winning the motion to amend takes us one step closer to the truth coming out in that courtroom,” said Alex Spiro, an attorney for Musk, in a statement.

Musk’s legal team argued on Tuesday that justice demanded delaying the five-day trial so Musk could investigate claims by whistleblower Peiter Zatko, known as “Mudge,” that Twitter hid weaknesses in its security and data privacy.

Musk’s initial case against Twitter claimed the company misrepresented the prevalence of spam or bot accounts on the platform.

“We look forward to presenting our case in court beginning on Oct. 17th and intend to close the transaction on the price and terms agreed upon with Mr. Musk,” said a statement from Twitter spokesman.

In July, Twitter sued Musk, who is also chief executive of electric vehicle maker Tesla Inc(TSLA.O) to hold him to his April agreement to buy the company for $54.20 per share. The company has alleged that Musk got cold feet over the deal as global politics and inflation rattled markets soon after the deal was signed.

Late on Wednesday, McCormick ordered Musk and Jared Birchall, who helps manage Musk’s wealth, to obtain and turn over phone records to allow Twitter to confirm that Musk did not text about the deal during key periods, as Musk has claimed.

McCormick said there had been “glaring deficiencies” in the text messages that Musk has provided to Twitter in the litigation.

At Tuesday’s hearing, Twitter’s lawyer read a message from Musk that came to light during the litigation that the lawyer said showed the billionaire was not actually concerned about spam accounts.

Musk sent a message to a Morgan Stanley banker in May, as Russia’s President Vladimir Putin was warning the West over his country’s war in Ukraine, that read “it won’t make sense to buy Twitter if we’re heading into World War III.”

The deal contract allows Musk to walk away under certain narrow conditions, although a war is specifically excluded.