Pirates of the First State: At Business Climate’s End 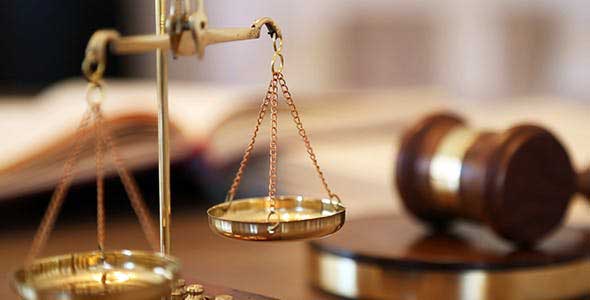 This is a reprint of what appeared in RespVblica in 2017

When Respvblica launched, we said we would be reporting what others do not, in a manner that demonstrates truth — but not one version of it, the facts as they are. Dr. Ablow was first to report on the poor mental state of the Vegas shooter; Edwin Black has shown Hillel as few others have; Ben Poser has been exposing media services for banning anyone on the right with an opinion, such as Jamie Glazov and Anni Cyrus; and even pieces about shady business and legal precedents — like the case of TransPerfect, which is in front of the Delaware Chancery court right now.

It is on this case that we need to focus for a moment because so few in the media are willing to tackle it. The main problem is that media, lawyers, and lawmakers in Delaware must face the fact that their vaunted Chancery court, which is now losing steam nationally in the business arenas, is seriously compromised; compromised by cronyism, opportunistic attorneys, and poor choices. Whether it is the incompetence of Chief Justice Leo Strine, with Harvard Professor Alan Dershowitz calling him a “judicial tyrant,” or the tenacious choices of Delaware’s Chancellor Andre Bouchard (who Strine has overturned on several occasions this year alone) that have seen his own personal friend, Skadden Arps lawyer Robert Pincus, installed as custodian over the 25-year-old translation firm, TransPerfect Global.

Pincus, in his mandate to sell the company, which could be deemed an unconstitutional taking, has spent more than $20 million dollars already on his own fees and those of his consultants in just about one and half years. Chancellor Bouchard unilaterally approves these bills without question. Pincus’ job is to garner the maximum valuation for the company but is also making sure that he and his consultants are paid loftily for it.

This is all with the backdrop of the fact that there are two CEOs: One who wants to keep the company and one who wants to sell for maximum value and exit. The one who wants to continue running and owning the firm, Philip Shawe, has made numerous offers to his partner Elizabeth Elting. Meanwhile, she continues to insist that any outcome should see Shawe lose his company. The Chancellor has sided with Elting on almost every aspect of this, allowing her to get in court the exit strategy that she never bargained for when she and Shawe became business partners. Chancellor Bouchard likely sees and knows that Eliting has been using the courts, but, like the massive billings of his friend Pincus, he just rubber stamps it.

From talking to the people who hang around the rotary and golf clubs, local speculation in Delaware among the elites is that the Chancellor is in so deep now, he cannot reverse or back out, so he just continues down his road to perdition; taking Delaware’s business climate down with him.

Already — as a result of the high-maintenance cost of Robert Pincus and his management, accounting and financial consultants — employee healthcare and retirement benefits have been reduced and salaries have remained stagnant.

Respvblica would not consider those issues out of the ordinary if a company was failing, but here TransPerfect is not failing; its performance is outstanding. The high cost of the legal battles and the $20M+ now exhausted from the firm on essentially thoughtlessness and gluttony, have stagnated the staff. The thinking of Pincus, however, is likely to be that once he sells the company, the bulk of the employees will be thinned out and outsourced, so forward consideration for the teams responsible for growing the firm in tumultuous times is not relevant to him.

Apparently, neither is software piracy. A big red flag for engineers and developers.

A lawsuit recently filed, which has been sliding under the radar, alleges that TransPerfect’s custodian has taken to pirating programming code for a platform called Wordfast. Reading up on this, any interested media would see that this program Wordfast, which is an essential part of the workings of Transperfect’s operations, is not actually owned by TransPerfect.

This should ring alarm bells among the Silicon Valley crowd, and the tech startups in Austin, Boston, and even Raleigh, N.C., because many of these firms and budding startups incorporate in Delaware. This suggests that if the Chancery Court is involved, your hard work and copyrighted assets can be taken from you. Robert Pincus recently began paying attention to this software as he has learned it could be vital to the worth of the company he was tapped to sell.

In a nutshell, Wordfast LLC, is owned by the same people who own TransPerfect: Elting and Shawe. Wordfast is the backbone of TransPerfect, but the program is leased, not owned, by TransPerfect. The Chancery’s decision to force the sale of this company under the strong protests of two of its shareholders and one of its Co-CEOs, applies to TransPerfect Global, not Wordfast LLC. As potential buyers are studying this company for acquisition, they may be weighing the price without Wordfast included — not as valuable as some have believed. So, Pincus, in trying to maximize the value according to his mandate, is trying to find a way around the software.

TransPerfect’s chief technology officer resigned this week under duress. In his resignation letter, he wrote to Robert Pincus:

Despite my complete cooperation with (Redacted), he remained totally condescending and rude to me when he directed me in email to transmit the source code electronically to him on Sept 19th… I personally copied the files onto a secure drive, working late into the night, and hand delivered them to (Redacted) in his office… I still don’t feel right about being forced to give over Wordfast source code, and I hope I don’t get sued for delivering a copy of it to Skadden and your experts.

Saturday, Yves Champollion, the CEO and President of Wordfast LLC, and the engineer who created the program, filed a copyright infringement suit in a New York State Supreme Court against TransPerfect and its custodian.

Thoughts about the actual initial case aside, if one argues eminent domain is correct in the Delaware Chancery’s decision to forcibly sell the TransPerfect away from its owners, can the same be said for pirating software from a wholly separate company to improve value for the other?

This is a litmus test for the Chancery Court. Tech firms, budding engineers, and smart people with great ideas heading to market should know what is at stake in Delaware.