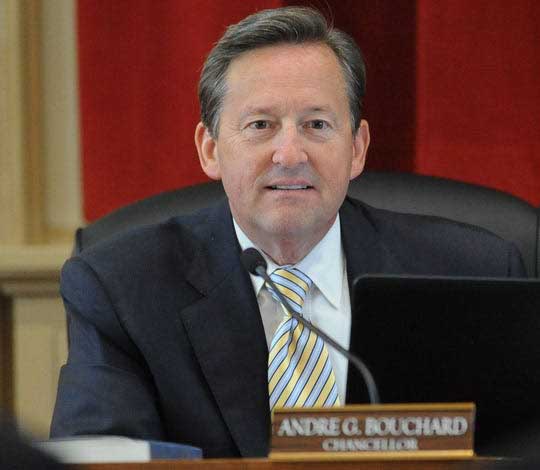 The Coastal Network has over 6,000 subscribers/members, including all of you good people, who are reading this. This week we lost one.

The most controversial judicial figure in Delaware history, in my view, Chancellor Andre Bouchard, last week, canceled his subscription.

Indeed, I have been quite critical of the Chancellor, having observed his method of operation, which includes, as I see it, many appearances of impropriety and his subjective, capricious, biased, and baseless decisions.

The Chancellor may now act like he’d like to ignore or doesn’t care about the Coastal Network’s criticism, but history would prove otherwise. Bouchard, actually once wrote me a letter when I complained about his handling of the Sussex County Register of Wills office in regard to his various appointments for Chief Deputy.

So I say, so long Chancellor Bouchard, the Coastal Network has unsubscribed you at your request. Good riddance! Feel free to unsubscribe yourself from the bench as well, a position, which in my view, you seem to abuse your power in order to enrich your cronies and favored law firms.

Any objective observer who studied the TransPerfect case in its entirety, in my view, should arrive at the same opinion I have, which is something is rotten in Andre Bouchard’s Chancery Court.

Indeed, it cannot be argued that perceived corruption is bad for our state. Bouchard’s cronies might want him in this job, but believe me, many Delaware citizens I have spoken with surely have no trust for this Chancellor.

Bouchard, as far as I’m concerned, has been clearly identified through his own suspicious and subjective actions as presenting an unhealthy image for our once respected, Delaware Chancery Court. The dark shadow that has been cast would be lifted by his resignation and create sunlight again for justice and equity in Delaware.

Bouchard, you have been unsubscribed. However, the poor decisions I believe you have made in the past few years will not be erased, and I will continue to write about them.