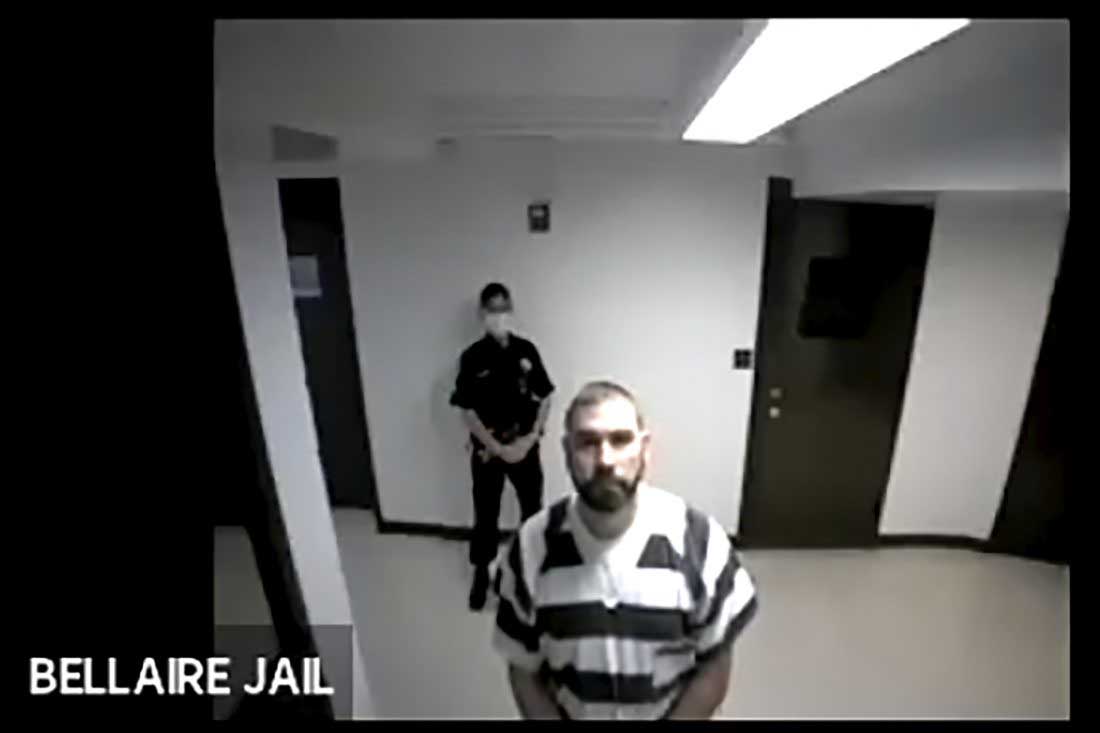 I’m spitting mad today, folks. Delaware Democrat Governor John Carney and Chancery Court Chancellor Andre Bouchard teamed up to pardon a White Supremacist a year ago, who was arrested this week for the plot to kidnap Michigan Governor Gretchen Whitmer. Such a thoughtless, horrible decision by Carney and Bouchard, who is on the Board of Pardons, which voted for the pardon, to absolve this would-be terrorist in April 2019. Read the Delaware Online story below for all of the terrible details of this awful decision.

I can’t help but notice the cruel irony of these Limousine Latte Liberals, who let 3-strikes Black people rot in jail for over 20 years for marijuana use — go after the President on race — yet pardon a White Supremacist with impunity.

Delaware needs to oust Governor Carney on November 3, for Republican candidate Julianne Murray—and regardless of who wins the governor’s race—the most important thing we can do for our economy and for Delaware’s future is to oust the most corrupt Chancellor in our state’s history: Andy Bouchard. Please send me your feedback folks and make your voice heard—today and in November.

SCROLL DOWN TO READ THE AMAZING AND DISTURBING STORY:

The charges for which Croft received a pardon include possession of a firearm during the commission of a felony, assault and burglary, according to court records. Carney, a Democrat, signed the pardon in April 2019 after the Delaware Board of Pardons recommended approval.

On Friday, Carney confirmed he pardoned Croft for a series of criminal charges that occurred in the mid-1990s.

In a written statement issued through a spokesman, Carney called Croft’s federal charges “disturbing” and said everyone involved with the kidnapping plot should be “prosecuted to the fullest extent of the law.”

“This is also another warning sign about the growing threat of violence and radicalization in our politics,” Carney said.

Lt. Gov. Bethany Hall-Long, a Democrat who chairs the Board of Pardons, said in a written statement that the board considers several factors when determining whether to recommend a pardon to the governor, “such as the position of the Department of Justice, the nature of the incident(s), the time lapsed from the last conviction, and the impact on employment and housing.”

“All of those factors were considered with this recommendation,” she said.

Croft remains in federal custody in Delaware after making an initial appearance Thursday in district court.

Seven members of the Wolverine Watchmen group were charged Thursday in Michigan state court with threat of terrorism for allegedly planning and training for an attack on the Capitol and to kidnap Whitmer. Six others were charged in U.S. District Court with federal conspiracy to commit kidnapping.

A sworn affidavit from an FBI agent indicates that Croft was among a group of people “discussing the violent overthrow of certain government and law enforcement components” early this year.

Croft and another man, Adam Fox of Michigan, “agreed to unite others in their cause and take violent action against multiple state governments that they believe are violating the U.S. Constitution,” according to the affidavit.

Members of the group bought weapons, conducted surveillance exercises and held planning meetings in Ohio and Michigan, the criminal complaint says. Their plans were foiled in part because the FBI infiltrated the group with informants. The group planned to kidnap Whitmer and put her on trial for treason, court records state.

Court records indicate Croft was arrested multiple times from 1994 to 1996. During that period, he pleaded guilty to several charges including third-degree burglary, attempted theft, receiving stolen property, third-degree conspiracy and third-degree assault, according to court dockets.

In 1997, he was charged with reckless endangering and possession of a firearm during the commission of a felony. He pleaded guilty to only the firearm charge in that case.

That year, he did his longest sentence in Delaware prison: serving from December 1997 to November 2000.

Department of Correction records indicate he had several shorter stints in Delaware prisons and in community supervision.

The five-member board recommended Croft be pardoned with no objection from the Delaware Attorney General’s Office.

Mat Marshall, a spokesman for Attorney General Kathy Jennings, a Democrat, said her predecessor, Matt Denn, also a Democrat, did not oppose Croft’s pardon because his criminal record was more than two decades old.

“It appeared to everyone involved that his offenses were in his past and that he had gotten himself on the right track,” Marshall said in a written statement.

He said neither state prosecutors nor the Board of Pardons would have endorsed Croft’s pardon had they known “what the future held.”

“Croft’s actions are horrific and another reminder about the rising tide of political violence by so-called ‘militias,’ the boogaloo boys, the Proud Boys, and other extremist groups,” Marshall said.

Public records indicate Croft lived in different parts of Delaware – most recently, in a subdivision in Bear. They also indicate he owned a trucking company.

Across multiple social media sites, Croft wears a tricorn hat. One meme posted to his Twitter page features a photograph of 18th-century armed men with the text: “Armed Citizens: The Original Homeland Security Since 1776.”

Another tweet states that “every government official is responsible for the invasion of America by an estimated 35 million illegal foreign people. Enjoy your memorial day weekend.”