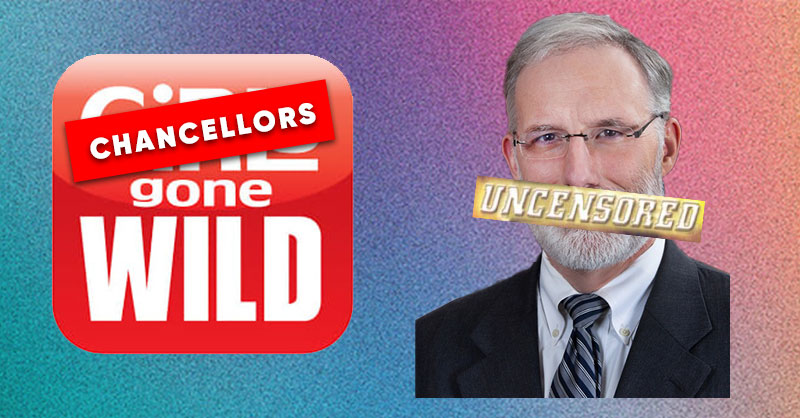 Dear Friends,
Apparently, the Chancery did not learn its lesson on violating constitutional rights in the TransPerfect case.
Here the mafia of robed scoundrels goes again, folks…  changing property ownership rights in any manner that suits their whims, and their friend’s pocketbooks.
Batshit crazy Chancellor quote of the week: “Because shares of stock in a Delaware corporation are personal property within the jurisdiction of the Court,” it was empowered to transfer the Shares’ ownership?! WTF??? By this logic, Chancery can just use their contempt power to move private property from one citizen to another, anytime!
Laster, who was rebuked for making inappropriate public comments about the TransPerfect case, appears to be trying to legitimize Bouchard’s corrupt rulings.
Folks, I have always said unchecked and unsupervised power leads to corruption. For proof, read the “Chancellors Gone Wild” story below. As always, your feedback is welcome and appreciated.
Respectfully Yours,
JUDSON Bennett, Coastal Network

Delaware Court of Chancery Orders Extraordinary Remedy, Unwinding a Transaction By Divesting and Then Transferring Stock Ownership in Subject Company

On October 3, 2022, in In re Stream TV Networks, Inc. Omnibus Agreement Litigation,[1] Vice Chancellor Laster of the Delaware Court of Chancery issued an extraordinary order unwinding a transaction by divesting a party’s ownership of shares in a Delaware corporation and vesting ownership of those same shares in another litigant.  Finding the divested party in contempt because of its efforts to undermine the Court of Chancery’s earlier orders in the case, Vice Chancellor Laster accomplished this result in reliance on a Court of Chancery rule that does not appear to have been relied on in any previously reported decision, but which empowers the Court to reassign ownership of Delaware property.  This decision should serve as a powerful wake-up call to Delaware litigants as to both the extent of the Court of Chancery’s authority and the dangers of being “too clever by half” in attempting to narrowly construe its orders.

In re Stream involved an agreement between Stream TV Networks, Inc. (“Stream”), its secured creditors, including Hawk Investment Holdings Ltd. (“Hawk”), and certain of its shareholders, that was entered into after Stream had defaulted on its secured debt.  The creditors’ debt was secured by all of Stream’s assets, which primarily consisted of shares in an operating subsidiary incorporated in Delaware (the “Shares”).  In the agreement, Stream agreed to transfer all of its assets to SeeCubic, Inc. (“SeeCubic”), a newly formed entity controlled by the secured creditors, while Stream’s minority shareholders received the right to exchange their shares in Stream for shares in SeeCubic.[2]  Stream’s majority shareholders objected, leading to litigation in the Delaware Court of Chancery concerning the agreement’s validity.

In December 2020, the Court of Chancery held that the agreement was enforceable and preliminarily enjoined the parties from “taking any action to interfere with it,”[3] after which SeeCubic acquired Stream’s assets, including the Shares. The Court of Chancery subsequently granted summary judgment as to the validity of the agreement and issued a permanent injunction in September 2021.[4]  The Delaware Supreme Court reversed, however, holding that the agreement was invalid because it had not been approved by Stream’s majority shareholders, and remanded the case for further proceedings.[5]  Because the agreement was invalid, the Court of Chancery directed that the disputed assets be returned to Stream, including the Shares.[6]  Hawk then sought permission to immediately exercise its rights as a secured creditor prior to that transfer, which the Court of Chancery denied.[7]  Vice Chancellor Laster explained that returning the parties to the same positions they had enjoyed prior to the since-reversed rulings was “not possible” due to the passage of time, but “unwinding the transfer of the [assets was] nevertheless the closest possible alternative” and would allow Stream “to conduct business and make efforts to satisfy the claims of Hawk and Stream’s other creditors.”[8]

According to the Court of Chancery, on September 30, 2022, SeeCubic and Hawk next engaged in “a series of coordinated acts in which SeeCubic would transfer the Shares to Stream in a manner that would enable Hawk to seize them by acting before Stream could respond,” ensuring that they would end up in Hawk’s possession.[9]

First, SeeCubic informed the Court that the assets had been returned to Stream.  Next, twenty-three minutes later, Hawk sent a letter consisting of “dense legalese”—replete with defined terms, as well as citations to and quotations from several contracts and court orders—that “could not have been drafted in the twenty-three minutes that [had] elapsed,” which demanded that title to the Shares immediately be registered in Hawk’s name.[10]  That registration occurred three minutes after the letter was sent, so quickly that the letter’s recipient “could not have reviewed Hawk’s letter, considered its implications, and updated [its] stock ledger.”[11]  Finally, one hour later after the shares were registered in Hawk’s name, Hawk wrote to the Court that it now owned the Shares and had exercised various rights as shareholder of the operating subsidiary, including changing the subsidiaries bylaws and the constitution of its board of directors.

In all, “[t]he choreographed sequence of events took place during an extended lunch hour, starting at 11:45am and ending at 1:18 p.m.,” causing Vice Chancellor Laster to comment that “[i]t was not possible for [the parties] to have taken the actions they did without advance notice, preparation, and an overarching plan.”[12]  Later that same day, Stream filed an emergency motion with the Court of Chancery, which the Court granted.

The Delaware Court of Chancery exercises discretion in imposing contempt sanctions, employing an equitable standard in deciding whether a party failed to obey the court’s orders “in a meaningful way.”[13]  SeeCubic argued that it complied with the earlier order because it had transferred the Shares to Stream, but the Court focused on the intentionally transitory nature of Stream’s ownership, which lasted for only minutes before title was further transferred to Hawk as a result of SeeCubic and Hawk’s coordination.  Vice Chancellor Laster explained that he had intended for Stream to have ownership of the Shares that afforded it a meaningful opportunity to engage with its secured creditors.[14]  SeeCubic and Hawk deprived Stream of this intended opportunity, however, ignoring that Vice Chancellor Laster’s earlier decisions “did not envision a choreographed transfer” by SeeCubic and Hawk to “seize the Shares before Stream could react.”[15]  By purposefully frustrating the intended result, SeeCubic and Hawk acted in contempt.

Employing an apparently unprecedented remedy, the Court of Chancery divested Hawk’s ownership of the Shares, vesting their ownership in Stream instead.  The Court’s rules provide that, “in proper cases” in which a “party [is] in contempt,” the Court “may enter a judgment divesting the title of any party” to “real or personal property . . . within the jurisdiction of the Court” and “vesting it in others.”[16]  Because “[s]hares of stock in a Delaware corporation are personal property within the jurisdiction of the Court,” it was empowered to transfer the Shares’ ownership.[17]  Vice Chancellor Laster commented that the pertinent rule has never before been invoked in a reported Court of Chancery opinion.  He reasoned that “[e]xtraordinary facts will sometimes call for extraordinary remedies” in order “to give the parties that to which they are entitled,” however, and “the fact that a particular form of relief is unprecedented does not mean it is unwarranted or unavailable.”[18]

Further, the Court of Chancery granted a ten-day injunction barring SeeCubic and Hawk from interfering with Stream’s ownership of the Shares, in an effort to restore the parties to roughly the same state they had occupied before the Court of Chancery’s since-reversed December 2020 decision.[19]  Because Hawk had not yet exercised its rights as a secured creditor at that time, Stream was entitled to some period of time to act as owner of the Shares without Hawk’s interference.  Reassigning the Shares’ ownership and granting a temporary injunction, Vice Chancellor Laster explained, would achieve the outcome envisioned by the earlier order that SeeCubic and Hawk sought to evade.

Despite the Delaware Court of Chancery’s observation that this case involved “[e]xtraordinary facts,” In re Stream may have significant implications.  And, at a minimum, is a powerful reminder to litigants in all courts of the dangers inherent in playing fast and loose in adherence with court orders.  As demonstrated by In re Stream, technical attempts to abide by the letter of the law while ignoring its spirit may not end well.