Delaware Chancellor Andre Bouchard is Again Formally Accused of Ethical Misconduct in Yet Another Case: Roche! 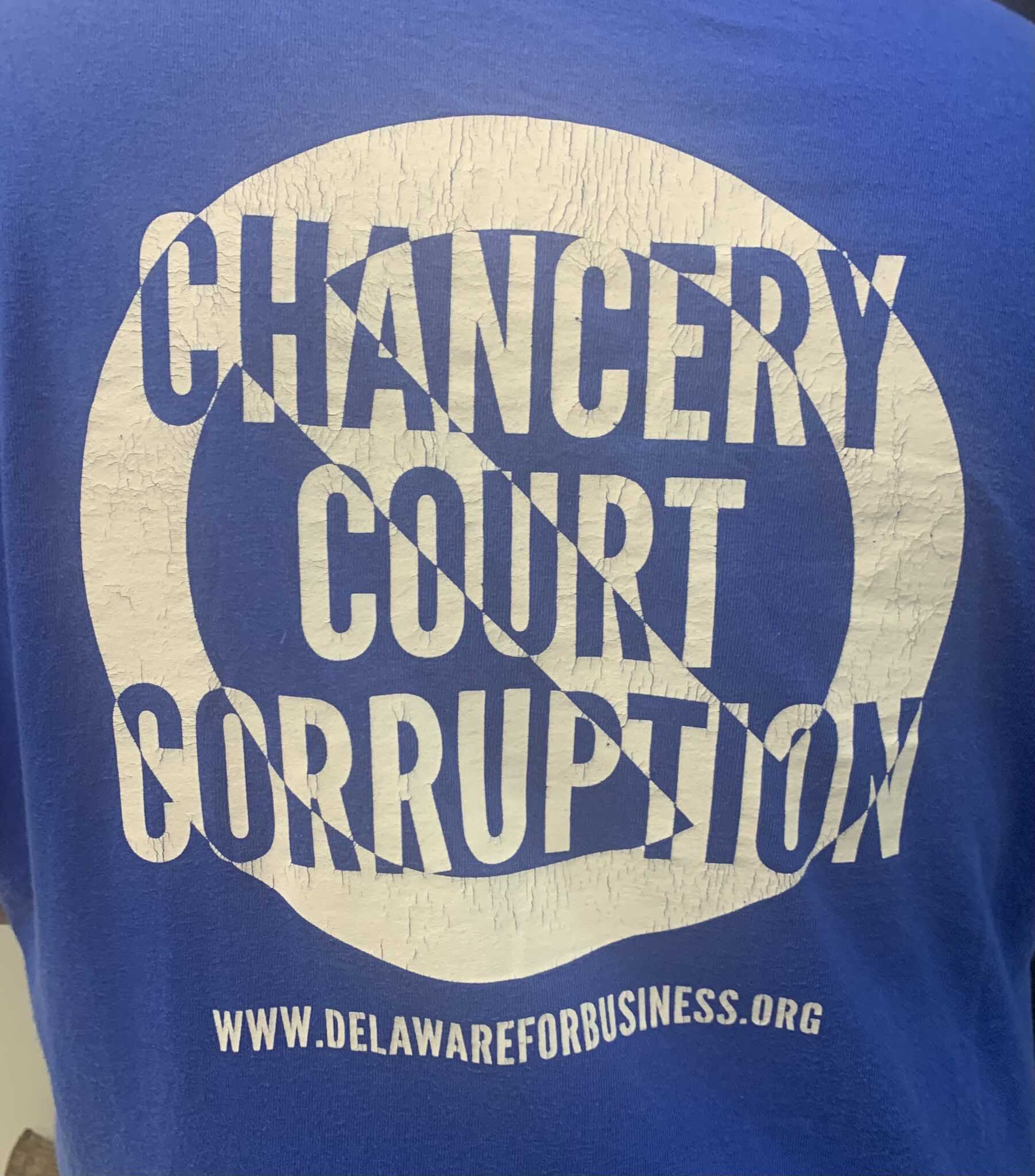 Everyone knows Chancellor Bouchard stands accused of ethical misconduct in the TransPerfect case, but what you probably don’t know is that Bouchard seems to be a repeat and habitual offender. Check out the Roche Diagnostics case below!

Throughout Delaware law, the words “The Appearance of an Impropriety is as bad as the Impropriety itself,” are written everywhere and are supposed to be relevant in regard to the operation of the justice system. Folks, in my view, there’s more than an “Appearance” — where there is smoke, there’s fire!! And Bouchard’s King Street Chancery Courthouse in Wilmington is billowing smoke like the Vatican during Conclave!

Folks, the Delaware judicial swamp must be drained– starting with the “Creature from the Black Lagoon,” who pretends to be a judge, Chancellor Bouchard.

Meso Scale Diagnostics LLC said Bouchard represented defendant Roche Diagnostics GmbH in the intellectual property rights suit that was tried in 2014 before Vice Chancellor Parsons while Bouchard was also representing him and the other chancery judges in the First Amendment case that targeted a closed-door arbitration program involving them.

“A reasonable observer would conclude that there is a serious potential for bias when the attorney representing a party is also representing the trial judge in another matter,” the complaint said.

Jacob Wohlstadter, Meso’s president and CEO, discovered the conflict in early 2018 when internet research revealed that Bouchard, while an attorney with Bouchard Margules & Friedlander, represented the Court of Chancery, the chancery court judges and the state of Delaware in a 2011 suit brought by the Delaware Coalition for Open Government, the complaint said.

That suit, brought in Delaware federal court, alleged the Court of Chancery had violated the First Amendment by holding arbitration sessions that were closed to the public, according to the complaint. The federal court dismissed the Court of Chancery and the state of Delaware from the suit on sovereign immunity grounds but ruled against the judges’ summary judgment motions.

Bouchard represented Vice Chancellor Parsons and the other judges in their appeal to the Third Circuit, which affirmed the federal court’s rulings. He continued to represent them when they submitted a petition for a writ of certiorari to the U.S. Supreme Court, Meso said.

Bouchard represented Vice Chancellor Parsons from 2011 to 2014, encompassing the majority of the time the Meso litigation was pending before him, Meso alleges, and neither party ever disclosed this representation.

Bouchard was nominated to fill the vacant chancellor seat in March 2014, four months after post-trial arguments in the Meso litigation, and he ascended to the seat in April 2014, two months before Vice Chancellor Parsons issued his opinion in the Meso case, the company alleges.

Meso argues that its due process rights were violated because of the potential bias created by Bouchard’s dual representations at the time of the litigation. The complaint said a judge may feel “a debt of gratitude” to his own attorney; that a judge obviously has a favorable opinion of his own attorney’s legal skills and character, causing the court to be deferential to the attorney; and that the judge and his attorney have a “special relationship” that causes the judge to rule in his own attorney’s favor.

Vice Chancellor Parsons should have recused himself from presiding over the Meso litigation to comply with ethics rules and previous holdings of the Court of Chancery on such conflicts, the company said.

“The ethical rules requiring recusal when a judge’s attorney appears before the judge are broad and uncompromising,” the complaint said.

Those rules require recusal even when there is no evidence the judge is actually biased, Meso argued.

Because all the then-current judges of the Court of Chancery were being represented by Bouchard in the federal court case, another judge from outside that court should have presided over the Meso case, the complaint said.

Meso brought its suit against Roche in 2010 over alleged breaches of a licensing agreement for blood protein testing technology. In June 2014, Vice Chancellor Parsons ruled that Meso couldn’t challenge Roche’s use of the licensed technology. Meso appealed that decision to the Delaware Supreme Court, which affirmed the ruling, and then filed a petition for a writ of certiorari with the U.S. Supreme Court, which was denied.

Parsons, Bouchard and representatives for Meso and Roche did not immediately respond late Thursday to requests for comment.

Neither Bouchard nor Parsons are named as defendants in the complaint.

Counsel information for Roche was not immediately available Thursday.