Former Delaware Chancellor Says of Bouchard’s WeWork Decision: “I Have Never Seen Anything Like It!” 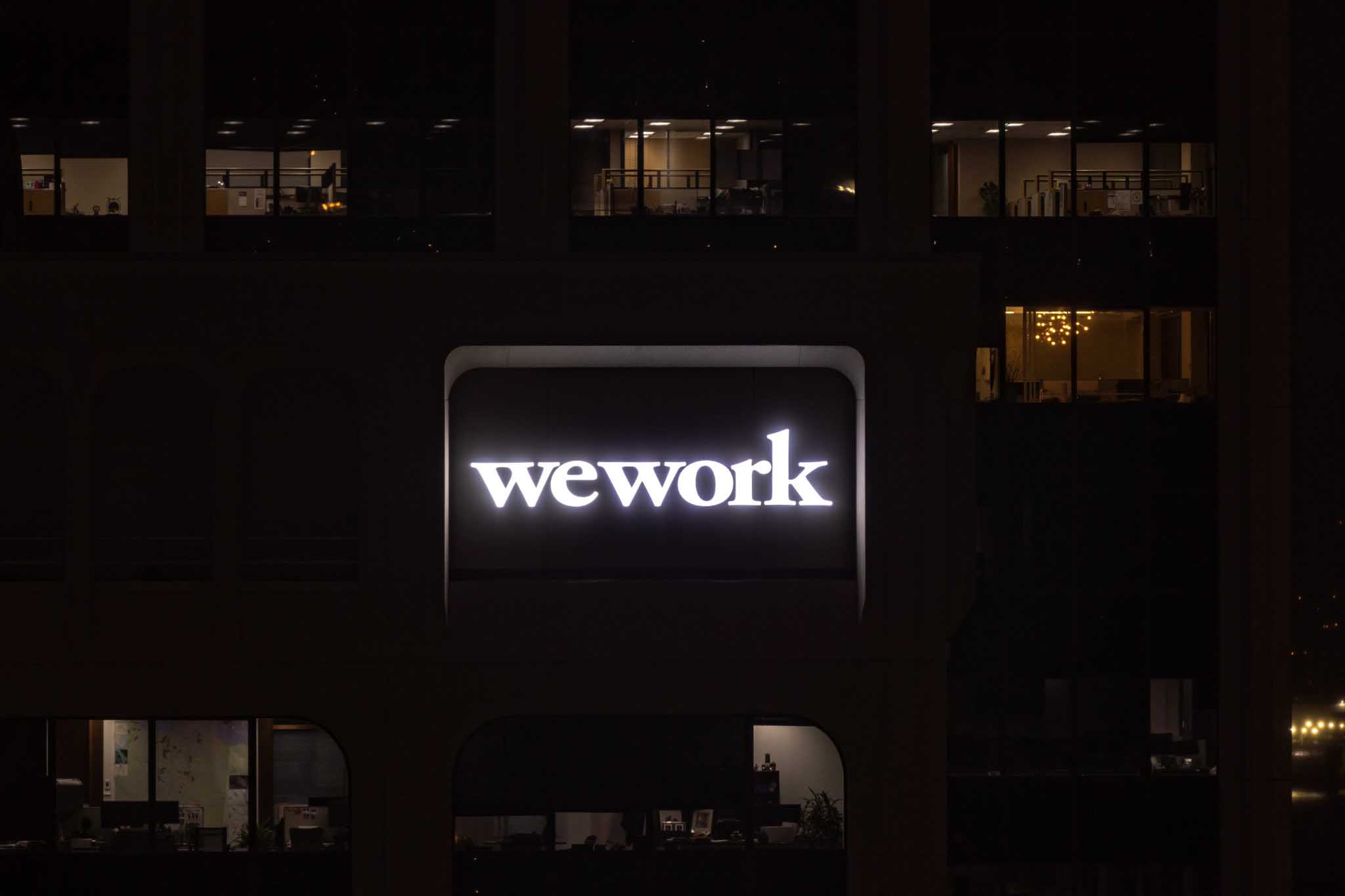 How many people have to accuse this judge, which now includes a former Chancellor, of outrageous conduct before we stand up and do something about Chancellor Bouchard? Former Chancellor William Chandler, seemingly flabbergasted at Bouchard said, “I have never seen anything like it!”

Sussex County resident, Bill Chandler, has publicly stated, “It appeared from company records that the new committee members are to be paid $250,000 each for roughly two months of service and resign once they decide on the existing committee’s authority,” Chandler said in the Law360 article below. This prompted Chandler’s seemingly exasperated comment.

“I’ve never seen anything like it,” folks! Let that sink in. That from a former Chancellor, about current Chancellor Bouchard.

– Poof! $300 million in expenses, unaccounted for, including $15 million to Skadden, and no bills sent in the TransPerfect case. Thousands of workers’ lives decimated, and health benefits cut for 5 years!

– Meso vs. Roche. Bouchard assigns his underling, a sitting Vice-Chancellor, to pass what’s obviously-gonna-be a cozy judgment on his — what I see as a quite clear — conflict of interest, and lack of transparency and disclosure, and magically, of course: Bouchard is exonerated on all charges?!?

– Design Within Reach. In my view, Bouchard allowed his attorney buddies to re-write contracts, retroactively, to change the past!!! … somehow creating a victory for his favored party?!

It is my sincere belief that If your attorneys are friends with Bouchard: You don’t have to abide by your contracts; your agreed-upon exit strategy means squat (we’ll just auction off an industry leader); your fiduciary duties mean nothing (you can break them); your adversaries’ Constitutional property rights mean nothing (Shirley Shawe in the TransPerfect case); your duty to disclose your bills as a court-appointed custodian means nothing (Bouchard orchestrated his former employer Skadden getting $15 million without anyone ever seeing a single bill)!

I also believe that this is NOT THE LAW and Bouchard is NOT a Servant of Justice. I think he is a servant of HIMSELF, his affluent Greenville neighbors, and his Good Ol’ Boy Country Club friends!

To this American, political pundit, and investigative reporter, it’s outrageous! What is to you? As always, your feedback is welcome!

Law360 (May 27, 2020, 10:04 PM EDT) — The Delaware chancellor Wednesday denied a bid by a special WeWork committee to bar the company from appointing a new committee to consider whether it has standing to proceed with a suit filed against SoftBank Group Corp. over a canceled deal to buy $3 billion of WeWork’s shares.

During a hearing held via telephone, Chancellor Andre G. Bouchard said he would leave the door open for the special committee to challenge any future decision affecting its authority to pursue the derivative suit.

“I will not wade into the merits of this application at this time,” the chancellor said. The special committee’s bid for a status quo order would bar WeWork’s board from forming a new committee to determine whether the current committee has standing to file suit on behalf of the company.

The chancellor said he would reject the current request because it would be akin to levying a temporary restraining order to prevent a “speculative” harm that has yet to happen as the committee’s suit heads toward a dismissal motion hearing scheduled for July.

The dispute relates to the WeWork special committee’s suit filed in April over a canceled deal for SoftBank to buy $3 billion of WeWork’s shares. That suit says the Japanese investment giant was reaping the benefits of a larger bailout agreement but now backtracking on its end of the contract.

In October, the two sides said SoftBank would take an 80% stake in WeWork as part of a $9.5 billion rescue package. On April 2, SoftBank said it was canceling its $3 billion transaction and cited various conditions, including the New York-based WeWork’s failure to earn certain antitrust approvals, the fallout from the coronavirus pandemic and a failure to sign and close the rolling up of a joint venture in China.

Additionally, SoftBank said its decision was due to “multiple, new and significant pending criminal and civil investigations” related to WeWork’s financing activities, communications with investors and business dealings involving WeWork’s co-founder and former CEO Adam Neumann. Neumann, who would have received a significant portion of the proceeds from the $3 billion tender offer, resigned last year after pressure from investors.

Neumann filed his own suit earlier this month, asking the court to force SoftBank to go through with its canceled deal. Neumann asserts that SoftBank and its affiliated entity Vision Fund LP have “doubled down” on an alleged abuse of power by claiming the special committee was not authorized to sue and that instead the company’s board should decide whether to pursue litigation.

Committee attorney William B. Chandler III of Wilson Sonsini Goodrich & Rosati PC accused the company and its counsel Skadden Arps Slate Meagher & Flom LLP of trying to do an “about face” and move forward with a process to install new “pseudo” directors to take away the authority of the existing committee and muddy the litigation waters.

According to a court filing Wednesday from Robert S. Saunders of Skadden Arps Slate Meagher & Flom LLP, WeWork’s parent company’s board is set to meet Friday to consider the appointment of “two new disinterested and independent directors” to a committee that will decide whether the existing special committee has the authority to pursue litigation on behalf of the company.

Chandler said it appeared from company records that the new committee members are to be paid $250,000 each for roughly two month of service and resign once they decide on the existing committee’s authority.

“This process is imminent. This process should not be permitted to go forward,” he added.

Saunders said the company board was simply trying to “do the right thing” by setting up a new committee of independent directors to consider the dispute, given that SoftBank has raised concerns about potential conflicts of interest on the existing two-member committee and questioned its standing to bring suit.

“This court should not rule on hypotheticals,” SoftBank Group attorney Erik J. Olson of Morrison & Foerster LLP told the chancellor. The court should not “squelch” any efforts to appoint independent directors to consider the dueling claims among parties, Olson said.

The chancellor agreed to let matters play out and told the special committee it can seek relief from the court later if need be and if any newly seated committee determines its standing to pursue the suit.

“WeWork is pursuing best practices of corporate governance to determine what role if any WeWork should have in this contractual dispute among its shareholders,” a SoftBank Group representative told Law360 after the hearing on Wednesday. “The court’s decision today allows that process to go forward.”

The We Company is represented by Robert S. Saunders of Skadden Arps Slate Meagher & Flom LLP.

SoftBank Vision Fund is represented by Michael A. Barlow and E. Wade Houston of Abrams & Bayliss LLP; and John B. Quinn and Molly Stephens of Quinn Emanuel Urquhart & Sullivan LLP.

The case is The We Company v. SoftBank Group Corp. et al., case number 2020-0258, in the Court of Chancery of the State of Delaware.