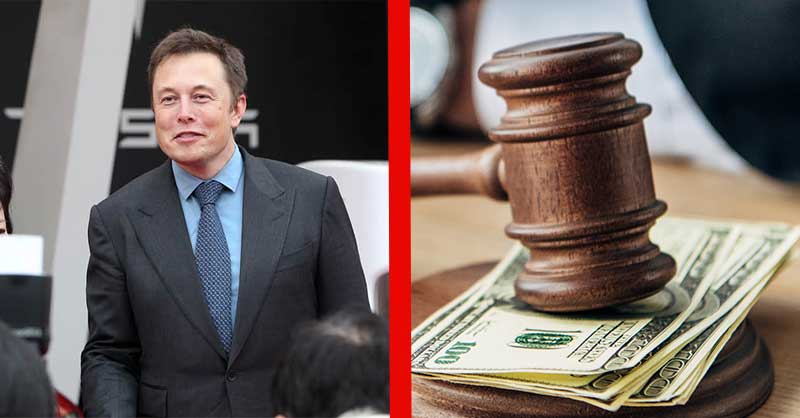 In the Elon Musk vs. Twitter Chancery Court drama, the latest shocker is Kevin Shannon of Potter Anderson dropping an Elon Musk/Tesla case for a bigger payday with Twitter in the company’s case against Musk. Can who I see as a filthy lawyer turn on you? Only in the Corrupt Boy Club of the Delaware Bench and Bar. Truly outrageous!

Adding insult to injury, Kathaleen McCormick grabbed control of a Tesla case away from the new Vice Chancellor, in order to take it for herself. It appears the spotlight of the Twitter vs. Musk case isn’t enough for her.

Folks, the Chancery Court is a Kangaroo Romper Room!

Please read the latest Law360 story below on Musk vs. Twitter and share your thoughts. Your feedback is welcome and appreciated.

Law360 (August 4, 2022, 4:27 PM EDT) — Potter Anderson & Corroon LLP, which is representing Twitter in its blockbuster Delaware Chancery Court battle with Tesla CEO Elon Musk, has dropped out as counsel for the electric car company in yet another high-profile case.

Last week, Ashby & Geddes PA was substituted as counsel for nominal defendant Tesla in two other cases in which Potter Anderson had represented the company: one that is on appeal with the Delaware Supreme Court over the company’s purchase of SolarCity, and another over Musk’s multibillion-dollar compensation package that is slated for a Chancery Court trial in the fall.

Potter Anderson is on a counsel team representing Twitter in a Chancery Court suit it filed last month seeking to force Musk to close on a $44 billion take-private deal.

Per Thursday’s order, a Bayard team will now represent nominal defendant Tesla in the board compensation case, replacing a Potter Anderson team that had included Kevin R. Shannon, who serves on Twitter’s counsel team in its suit against Musk.

In its suit, filed in 2020, The Police and Fire Retirement System of the City of Detroit accused Musk and former and current Tesla directors of lining up director pay and stock option benefits valued at an average $8.7 million in 2018 alone — more than 29 times higher than the average for S&P 500 index company boards.

The pension fund seeks damages and disgorgement of what it contends were years of “outrageous” board stock awards that cost the company hundreds of millions of dollars. Also, it asks for reforms to board equity compensation policies.

In a September 2020 filing, Musk and the directors called the suit’s claims, which allege breaches of fiduciary duty and unjust enrichment, “cynical and opportunistic.”

They argued that the electric car company’s director compensation plan was fair and created strong incentives for company growth. Company revenues have increased from $413.3 million in 2014 to $24.6 billion in 2019, the filing said.

The pension fund plaintiff “is no victim here,” they asserted. “It is the beneficiary of Tesla’s extraordinary success, enabled by the innovative and fully disclosed compensation policies” that are attacked in the complaint despite having “enriched” the investors.

Tesla’s board argued that the company had opted for large stock awards in order to “align the incentives of its executives and directors with the company’s own objectives.” The practice put much of the compensation of board members at risk, with years passing before directors began seeing returns, the filing said.

Also, none of the allegations in the complaint, they argued, are outside liability-shielding exculpations for the board in the company’s charter or ordinary court deference to business judgment. Stockholder approval of the challenged compensation policies also bars the claims, as does the fairness of the policies, the filing argued.

Chancellor McCormick recently took over the case as it was previously assigned to Vice Chancellor Joseph R. Slights III, who retired from the court’s bench earlier this year. The litigation had been slated to be adjudicated by his successor, but the chancellor notified counsel in a letter on July 29 that she was reassigning the case from newly sworn-in Vice Chancellor Nathan Cook to herself “effective immediately.”

Counsel for the pension fund declined to comment Thursday.

Counsel for the other parties didn’t immediately respond Thursday to a request for comment.

Musk and the other directors are represented by Raymond J. DiCamillo and Kevin M. Gallagher of Richards Layton & Finger PA, and Evan Chesler, Vanessa A. Lavely and Jackie L. Carleton of Cravath Swaine & Moore LLP.

The case is The Police and Fire Retirement System of the City of Detroit v. Musk, et al., case number 2020-0477, in the Court of Chancery of the State of Delaware.

–Additional reporting by Jeff Montgomery. Editing by Ellen Johnson.
For a reprint of this article, please contact [email protected]