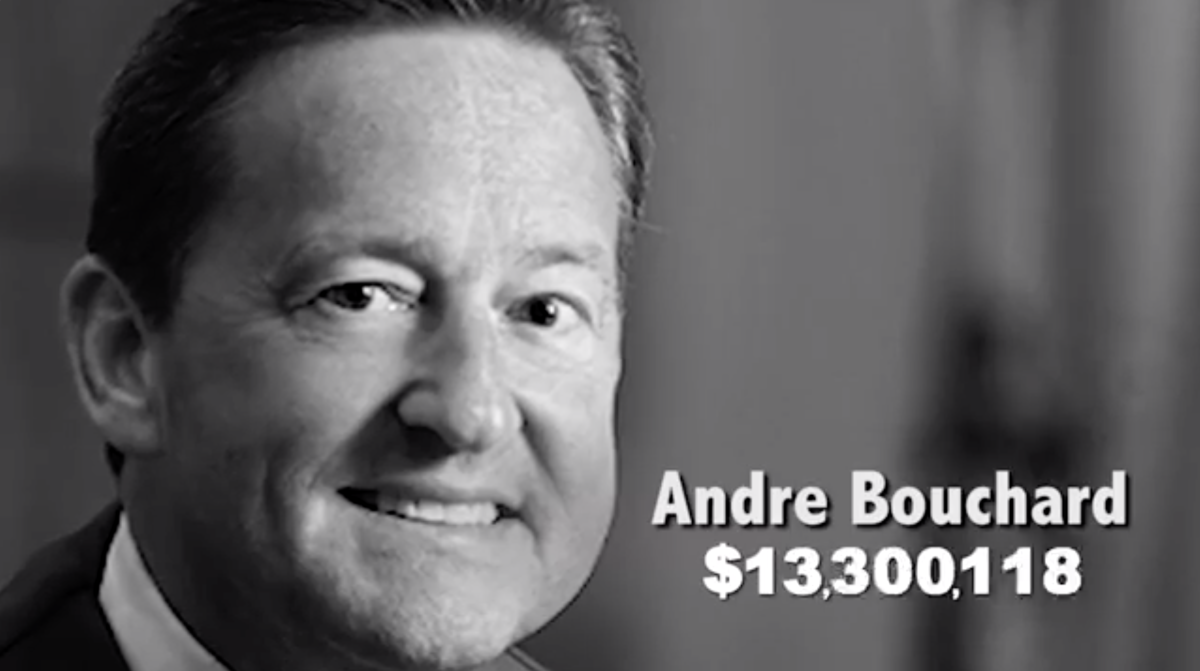 This is a follow up to yesterday’s article on Delaware’s Chancellor, Andre Bouchard, deciding to retire from the bench. His position is internationally famous, and Associated Press reporter Randall Chase has covered this significant resignation. The story is in every AP associated paper in the United States.

Randall Chase also reports on the amazing and unprecedented public criticism that Andre Bouchard has received statewide in Delaware from an organized Citizens group called Citizens for a Pro Business Delaware on Bouchard’s handling of the TransPerfect Global case. Never in my life have I seen a Delaware Chancellor so biased, so subjective, and so arrogant and who indeed deserved the criticism.

Yours truly followed every aspect of Bouchard’s tenure and I was appalled at what I saw as his clear bias, his lack of transparency, and his suspicious activities indicating conflicts of interest and appearances of impropriety, especially in his improper handling, in my view, of important cases, the adjudication of which reeked of subjectivity rather than being based on decided law. The bottom line is that it appeared to me and many others throughout the world that Chancellor Andre Bouchard was about feathering the nests of pals and associates rather than providing equity and fairness to the litigants.

Folks, even the Delaware Bar Association in an unprecedented move tried to cover for this radical, judicial operator by holding a press conference, attacking the TransPerfect CEO, and basically defending Bouchard’s rulings. As always, the Delaware Way kicked in, which is the incessant protection system that is part of the “Good Old Boy” operation.

The bottom line is that Andre Bouchard is leaving way before his term is up. Folks, this is extremely unusual! Indeed his operation as Chancellor was not normal or equitable and he will be leaving us a disconcerting memory of how the Chancery Court should not be run. Two hundred fifty million dollars was spent and went into a whole bunch of greedy pockets from the TransPerfect case alone. We will probably never know the real story?

Regardless, from my perspective, good riddance Andre Bouchard, time for laws to be changed, and appearances of impropriety to be eliminated.

Please read the Associated Press article below. As always your feedback is welcome and appreciated.

The chief judge on Delaware’s Court of Chancery has announced that he is resigning from his post early next year.

DOVER, Del. (AP) — The chief judge on Delaware’s Court of Chancery has announced that he is resigning from his post early next year.

Chancellor Andre Bouchard sent a letter to Gov. John Carney on Monday announcing that he plans to retire from the bench effective April 30, roughly seven years after he was sworn into a 12-year term of office in 2014.

As chancellor, Bouchard has been chief judge on the Chancery Court, which is known for handling high-profile disputes involving some of the nation’s largest companies, many of which are incorporated in Delaware.

Bouchard did not specify any reasons for his retirement but officials said in a statement that he wants to spend more time with his family and pursue other interests.

“It has been an honor of a lifetime to serve the citizens of Delaware as the steward of this special institution,” Bouchard wrote in his letter to Carney.

During his tenure, Bouchard lead an effort to expand the Court of Chancery for the first time in more than 28 years, with lawmakers agreeing to boost the number of judges from five to seven.

Bouchard also has been a frequent target of criticism from a group called Citizens for a Pro-Business Delaware and from New York businessman Philip Shawe. The group was formed in 2016 after Bouchard ordered the sale of a translation services company called TransPerfect because Shawe and fellow co-founder Elizabeth Elting, his former fiancee, were hopelessly deadlocked over its management. Shawe opposed Elting’s request for a forced sale but wound up buying out her interest and controlling the company.

Among his various rulings in the case, Bouchard ordered Shawe to pay Elting $7.1 million in fees and expenses as sanctions for his “deplorable behavior.” In the sanctions ruling, Bouchard declared that Shawe had intentionally sought to destroy information, failed to safeguard evidence, and repeatedly lied under oath.

Last week, attorneys for Shawe and TransPerfect filed a federal lawsuit against Bouchard over billings by an attorney Bouchard appointed as a custodian to oversee the sale of TransPerfect. According to the lawsuit, Bouchard has ordered TransPerfect to pay more than $45 million in fees and expenses to the custodian, his law firm and other advisers while refusing to allow Shawe access to billing and fee details unless he agrees to “gag orders” preventing the information from being disclosed to the public.

“Such secret and private proceedings deprive the public in Delaware and the nation of information about how the Court of Chancery operates and about its relationships with Delaware law firms … thereby understandably undermining public confidence in the Delaware courts,” the complaint states.

Last year, members of the Delaware State Bar Association, including several former judges, took the unusual step of holding a news conference to defend Bouchard against attacks by Citizens for a Pro-Business Delaware, which has said it is interested in promoting judicial transparency and accountability. Bar Association officials suggested that the group, which includes employees of TransPerfect, was simply a front for Shawe.