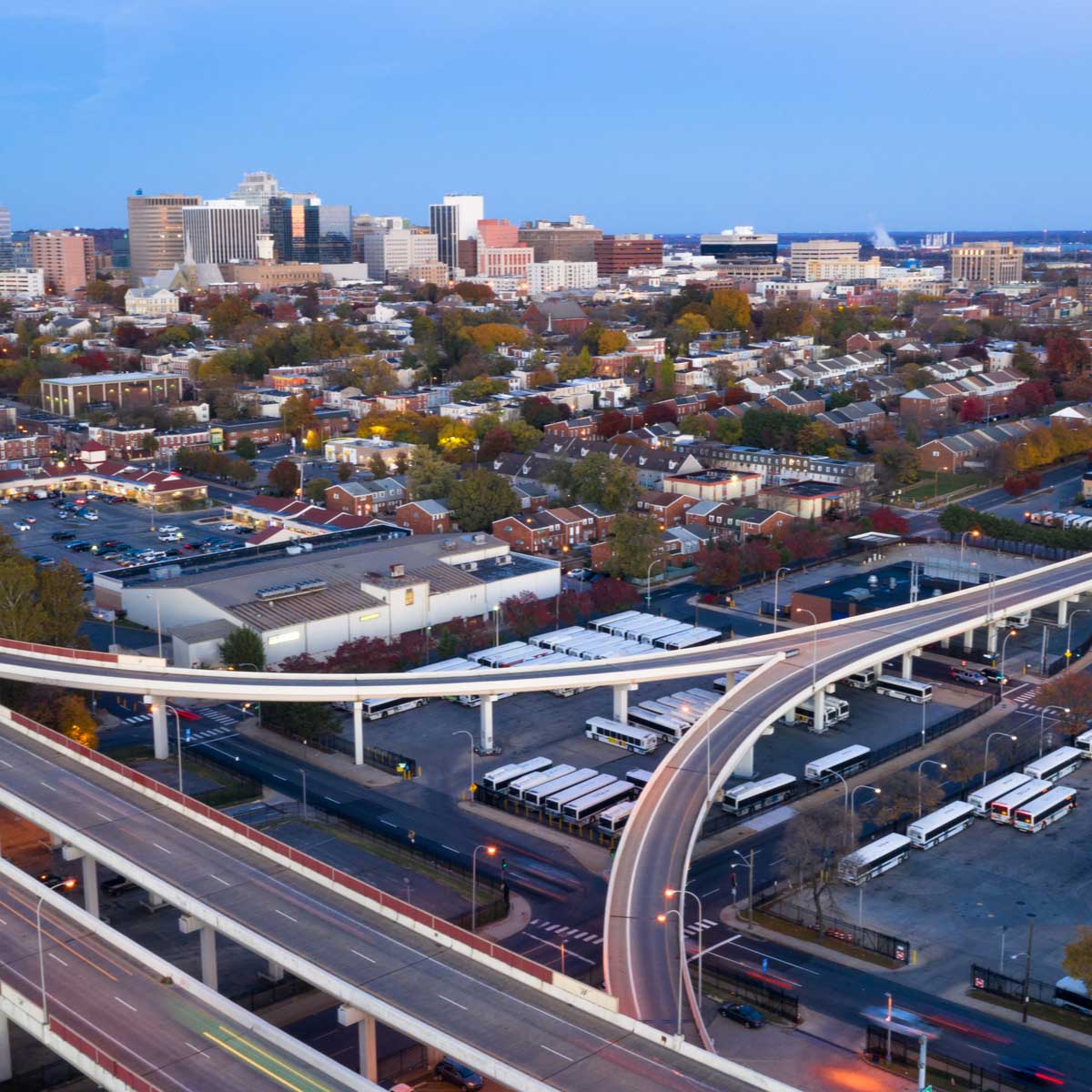 I’ll get right to it, folks. We’re hearing from the Chief Financial Officer at TransPerfect for the first time and he’s coming out throwing punches. CFO Stephen Tondera says “it was not uncommon” for the Delaware Chancery Court court-appointed custodian in the TransPerfect case to “bill for work never performed.”

He’s talking about Robert Pincus of Skadden Arps, pal of Chancery Court Chancellor Andre Bouchard, who appointed Pincus. More from Tondera: One consultant from Alvarez & Marsal “would often sleep in his office and bill the time” … “at rates as high as $950 an hour”! What a racket, folks!! And you wonder why Delaware’s reputation has suffered under the reign of Bouchard?! This is irresponsible leadership, with Bouchard at the top of his Chancery Court!

The CFO filed an affidavit to oppose the current “Contempt” case. I’ve cut and pasted the “guts” of the affidavit below. I was able to get a copy of the affidavit from one of my sources at the company who was kind enough to share it to help with my reporting on this ongoing saga.

All of this underlines why court-ordered bills should NOT be unseen by even the company paying the bills!! Another highlight/lowlight from the affidavit: Pincus “hired a temporary Chief Technology Officer for a no-show job at $1.2 million annually.”

Such waste, such abuse of power, such corruption in my keen view, folks! And let us not forget Pincus’ “exorbitant hourly rate of $1425 an hour to act as a custodian.”

Please scroll down for the affidavit below for more details and do not hesitate to contact your Delaware legislator and demand Chancery Court accountability!

Here is the CFO’s Affidavit. I edited out some of the legal mumbo-jumbo at the top and bottom:

IN THE COURT OF CHANCERY OF THE STATE OF DELAWARE
AFFIDAVIT OF STEVE TONDERA IN OPPOSITION TO THE
CUSTODIAN’S MOTION FOR AN ORDER TO SHOW CAUSE
WHY TRANSPERFECT GLOBAL, INC. AND PHILIP R.
SHAWE SHOULD NOT BE HELD IN CONTEMPT
STATE OF NEW YORK
SS: COUNTY  OF NEW YORK
STEVE TONDERA, being duly sworn according to law, deposes and says:
1. I am the Chief Financial Officer (“CFO”)  of TransPerfect  Global, Inc. (“TPG” or the “Company”) and have served in this role for nearly thirteen years. I respectfully submit this Affidavit in opposition to Robert B. Pincus’ motion for an order to show cause why TPG and Philip R. Shawe should not be held in contempt (the “Motion”).
2. As the Company’s CFO, I am intimately involved with the day-to- day operations of TPG and was similarly involved during the period of the court­-ordered custodianship. Except for statements made upon information and belief the statements herein are based on my personal knowledge and I can testify competently thereto. With respect to those statements made upon information and belief, I have a good faith basis and believe them to be true.
3. The Company has a good faith basis to review Mr. Pincus’ bills. It was not uncommon for the Custodian to permit his agents to bill for work never performed. While Mr. Pincus sat in Delaware, his consultants from Alvarez & Marsal in New York were billing at rates as high as $950 per hour. One of those agents, Robert Herskovitz, would often sleep in his  office and bill the time. When TransPerfect employees complained to Mr. Pincus, he  had  the video cameras removed from the hallway and blinds installed so that employees could not see and report the billing fraud.
4. Mr. Pincus was also cavalier with the Company’s money, overspending in obvious ways. By way of example, he hired Joel Mostrom of Alvarez & Marsal from South Carolina at $850 an hour and unnecessarily put him up in a hotel and paid for his meals and local travel on a weekly basis for years even though there were numerous other equally qualified and less expensive persons who resided in New York. This extravagance added significantly to the cost of the custodianship. Similarly, he hired a temporary Chief Technology Officer for a no-show job at $1.2 million annually. Likewise, he hired away (but charged TransPerfect) Thomas Pennell for $50,000 monthly to help sell the Company when Mr. Pennell was already working for the Company for $25,000 monthly. He also spent tens of thousands of dollars of the Company’s money to have his “team” evaluate the merits of signing a $2,300 per month office lease. Each of these items demonstrate waste of corporate assets without accountability.
5. Notably, while Mr. Pincus splurged on anything to promote his own interests (and those of his law firm or his consultants), he detrimentally cut back healthcare benefits for lower earners at the Company. I am informed and  believe that when Mr. Pincus’ actions were challenged in comparison  to  the  greater benefits received by Skadden employees, he expressed, in words or substance, “maybe those people do not deserve the same healthcare.”
6. Mr. Pincus’ claim that the $7 million sanctions  award  should be relied upon  to show  the gravity of Mr. Shawe’s  alleged  misconduct  is misplaced. I am informed and believe that when negotiating the sale of TransPerfect to Mr. Shawe, Mr. Pincus admitted both that (i) the sanctions decision was not equitable because the conduct “was not harmful” and (ii) that Chancellor Bouchard “went overboard.’ On  that  basis, I am  informed and believe  that  Mr. Pincus  gave Mr. Shawe a $5 million enterprise value discount on the auction  sale price  but stated, in words or substance, “if you ever tell anyone I will deny it.”
7. Mr. Pincus also has a history of making TransPerfect pay law firms to advance his personal interests, even when they are not in the best interest of the Company. He hired the finn of Ross Aronson to oppose Ms. Shirley Shawe’s motion seeking his bills and directed them to take the position that TransPerfect would not benefit from reviewing the billing and having an opportunity to challenge fees. That position was ridiculous but allowed Mr. Pincus  to again elude a review of his billing. I am informed and believe  that no attorney from Ross Aronson consulted with the un-conflicted management of the company or the general counsel to authorize that position.
8. Finally, the motion for contempt and an anti-suit injunction is directly out of Mr. Pincus’ litigation playbook. When the impropriety of his behavior is made public, Pincus reacts by having Skadden scorch the earth with litigation. For example, when his exorbitant hourly rate of $1425 to act as custodian was exposed by the Citizens for Pro Business Delaware, Mr. Pincus  spent many tens of thousands of dollars of the Company’s money for Skadden to file and litigate motions in Delaware and a lawsuit in New York to discover the “leak.” In addition, he had  his lawyers (on the Companys tab) conduct a  witch­ hunt within the Company – seizing computers, interrogating employees, scouring employee emails, demanding access to employees’ personal devices  and threatening termination of employment in an effort to  silence  the  Citizens. Among the search terms targeted by Pincus and Skadden was “free speech” which is a concept he and his lawyers do not embrace.
__________________
STEVE TONDERA