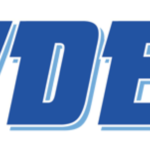 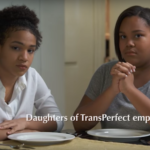 A group of TransPerfect workers have spent nearly $300,000 on a new round of television commercials in an effort to change a law that could result in the company's sale. The new ad buy is almost double what the workers spent last month on television advertisements.   https://youtu.be/xdq5aKFgSAA   Citizens for a Pro-Business Delaware is a group made up of … END_OF_DOCUMENT_TOKEN_TO_BE_REPLACED 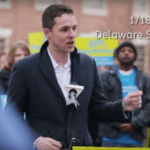 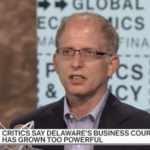 "CRITICS SAY DELAWARE'S BUSINESS COURT HAS GROWN TOO POWERFUL" In this segment, which aired on Bloomberg Businessweek in September 2016, correspondents discuss the controversy surrounding the Delaware Court of Chancery's ruling to dissolve TransPerfect in order to resolve a shareholder dispute. [wpvideo M7U7fimj] TransPerfect is a financially healthy company posting record … END_OF_DOCUMENT_TOKEN_TO_BE_REPLACED

The Delaware Supreme Court decision against TransPerfect Global co-CEO Philip Shawe yesterday is no surprise. The DSC is dominated by Leo Strine (who picked his own protege, Andre Bouchard, to fill the vacancy he left in Chancery) and his bullying of the other justices is well-known in Dover (he's turned over the entire bench --meaning made them all quit -- in a 2-year period). … END_OF_DOCUMENT_TOKEN_TO_BE_REPLACED