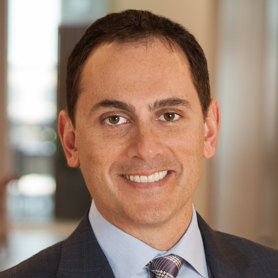 There seems to be a growing global trend in the communities of the prominent billionaire global elites, one which, luckily, has seen some of the world’s richest families carve out swaths of their income dedicated to improving the Earth through charity.

The most well known billionaire philanthropists is Bill Gates, cofounder of Microsoft, who, through the Bill & Melinda Gates foundation, the largest charitable organization in the world, has donated over $36 billion since 2000. Other household names also top the list of charitable donors: Warren Buffet, Carlos Slim and Sergey Brin to name a few. But one lesser known billionaire is quietly doing his part to make the world a better place.

Brian Sheth made his fortune as the co-founder and President of Vista Equity Partners, a private equity and venture capital firm which owns over 50 software companies and employs over 65,000 people worldwide. Together with his wife, Adria Sheth, Brian founded The Sangreal Foundation, a charitable organization focused on conservation and environmental protection.

Through a hands-off approach, The Sangreal Foundation identifies global issues, partners with select organizations, builds a team of world-class specialists, enables them through funding and back-end support and then let the experts do their work.

It’s an interesting take on the normally routine charity structure. The Sangreal Foundation focuses on building teams and giving them the tools to tackle the problem themselves. The Sangreal Foundation website claims “Sangreal’s hands off approach keeps our teams supported without monopolizing our efforts. Because of that, we’re able to find new and diverse causes to support so we can continue to help change the world.”

Now, Sheth is involved in helping the world heal from this pandemic. and a Democrat, had been watching an effort to gather  America’s top scientists and a collection of billionaires and industry titans who say they have the answer to the coronavirus pandemic. They needed a backdoor  to deliver their plan to the White House.

The group, led by a 33-year-old physician-turned-venture capitalist named Tom Cahill, from Boston, has enough lofty connections to influence government decisions in the war against Covid-19. Sheth was an early investor in Dr. Cahill’s fund and had been on the first call. His expertise was technology, though, not immunology.

He had become friendly with Thomas Hicks Jr., the Dallas businessman and co-chairman of the Republican National Committee. Mr. Sheth introduced Mr. Hicks to Dr. Cahill’s group. The rest of the story can be read in the Wall Street Journal or on MSN.